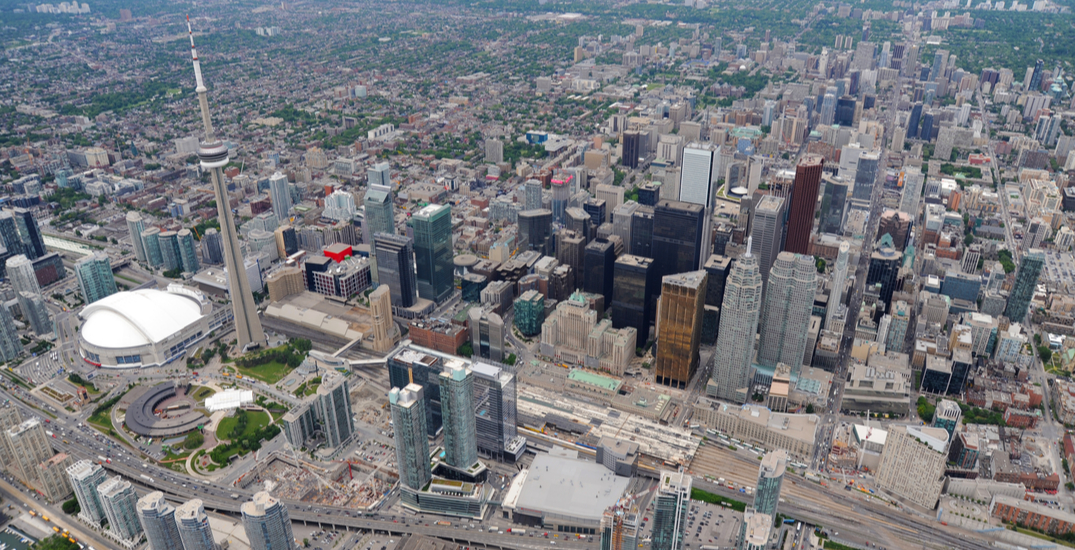 If you live in Toronto, you’re well aware of the hurdles that come with living in Canada’s largest city.

And while housing woes seem like the new normal (regardless of where you live), it turns out, Torontonians are the least satisfied when it comes to their living situations.

A new report from Statistics Canada revealed that out of 10 of Canada’s largest census areas, Toronto is the least satisfied with housing.

According to the 2018 Canadain Housing Survey (CHS), 85.6% of households in Canada said they’re satisfied or very satisfied with their neighbourhood.

Among the largest 10 census metropolitan areas included in the survey, the neighbourhood satisfaction rate is highest in Québec, in which 92.5% of households reported they’re satisfied with their housing.

As for the least satisfied city in country, Canada’s largest city claimed the final spot in the list, with just 82.2% of households saying they’re happy with their housing.

Additionally, the CHS revealed that neighbourhood satisfaction is also associated with population density and households in more rural areas were more satisfied with neighbourhoods at 91.4% than households living in small, medium, and large urban population centres in the country.

The neighbourhood satisfaction is examined alongside selected neighbourhood items — such as neighbourhood disorder, safety and services, and socio-demographic and household characteristics, according to Statistics Canada.

Further, when looking at housing satisfaction using dwelling type, Toronto ranks at the bottom once again.

While St John’s and Quebec homeowners ranked the highest in terms of satisfaction with their dwellings, they are also among the highest satisfied in terms of renting units in Canada.

In contrast, Stats Canada found that Toronto and Hamilton at the bottom of the satisfaction list once again.

Housing satisfaction among renters in Toronto is 61%, coming in the lowest in the country. This compared to St John’s, which has a 78.3% satisfaction rate. 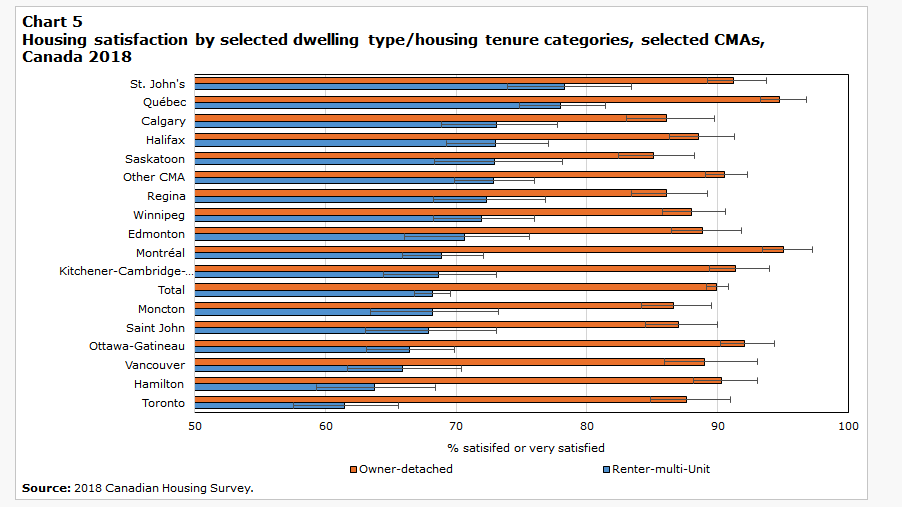