It’s no surprise that Torontonians love to complain about the TTC, the seemingly never-ending construction, and the temperamental weather.

But it appears that Torontonians’ frustrations are so significant, the city is actually being recognized as one of the least happy cities in the country, according to a new report.

The Toronto Foundation released its 17th annual Toronto’s Vital Signs report this week, which is compiled from current statistics and studies and serves as an ongoing consolidated snapshot of the trends and issues affecting the quality of life in our city.

Released Today: The 2019 #TOVitalSigns report reveals a city experiencing unprecedented growth, but increasingly at the cost of the most marginalized. A must read for Torontonians – we need to talk about how we will move forward w/o leaving anyone behind: https://t.co/ynC4qSpriV pic.twitter.com/bwVLw61B8C

The report found that Toronto is a physically healthy city compared to the rest of the country, with residents showing a higher life expectancy and lower death rates.

It was also found that Toronto has a very rapidly growing youth mental health crisis, with hospitalizations due to mental health doubling in the last decade.

While suicide was not discussed in the report, the University of Toronto recently installed temporary safety barriers at its St. George campus following a rise in student suicides this year, which have already claimed the lives of four. 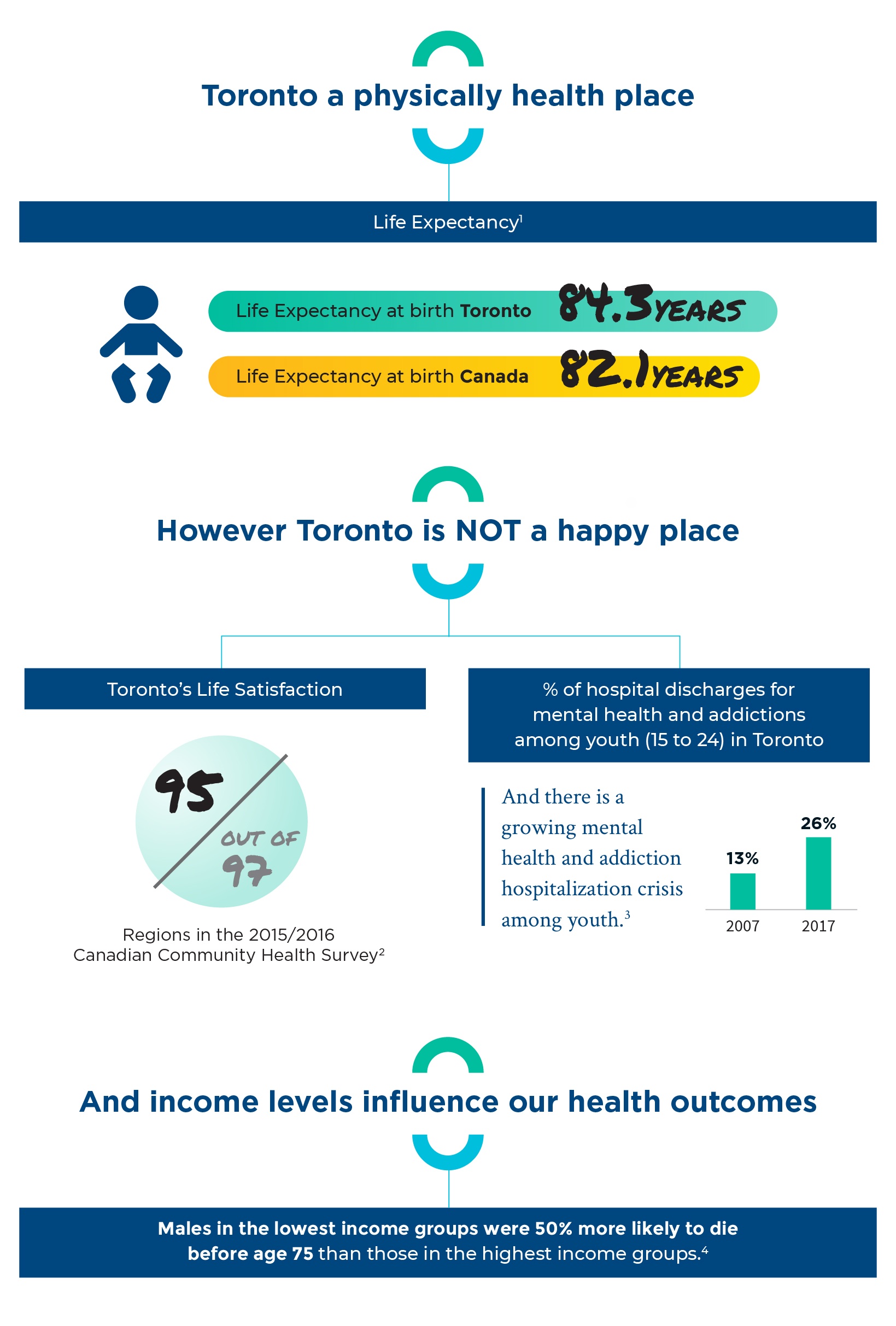 This report is based on more than 600 footnotes, references more than 294 unique reports and data sources, and received contributions from more than 100 individuals.

Unfortunately, this isn’t the first time Toronto has been referred to as one of the most unhappy cities in the country.

Just last year, a study conducted by researchers at McGill and the University of British Columbia also found that Canada’s largest city is one of the unhappiest places in Canada.