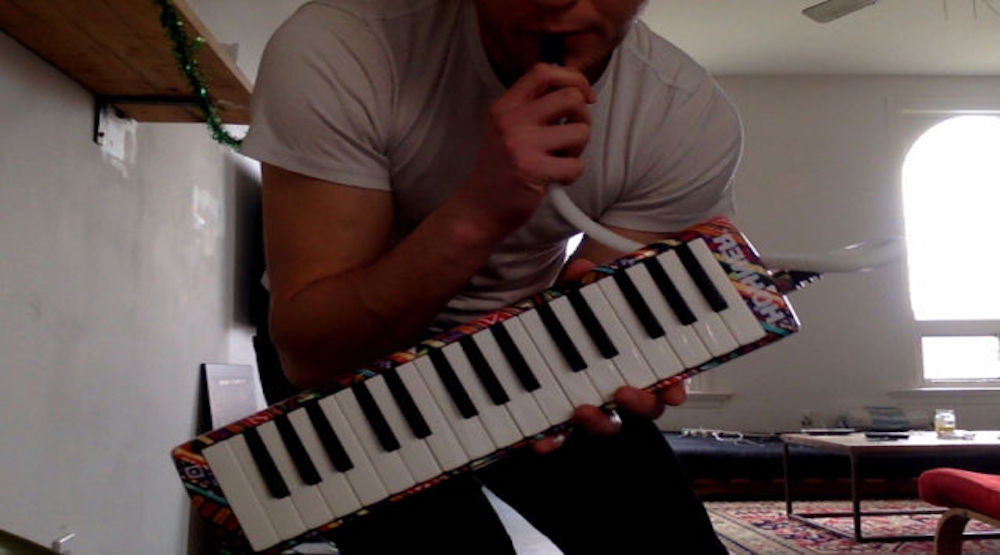 “The guy who slept with my girlfriend left his melodica here.”

Those were the words that drew readers to a Toronto Kijiji ad posted on February 1.

The writer of the ad said his cheating girlfriend had someone over who left “the stupidest, most annoying instrument known to man.”

The instrument is known as a Melodica, and it’s a blow-organ that originated in Italy. And now this instrument can be yours.

Selling for $100 or best offer, the newly-single writer’s ad reads:

Some asshole from NYC came to town, slept with my girlfriend and left the stupidest most annoying instrument known to man (and/or woman – it’s 2017) at my house. Don’t ask.

So I want it gone. Much like him, the instrument is useless and annoying. But here I am letting my personal bias taint the beauty of this air-blown-key-thing known as the Melodica.

It’s got a nice colour design, which I think is pretty sharp – as well as a strap for your hand to keep it steady while you play. Kind of like how that two-timing wench played me….

Also I’ll throw in a Mac Book charger, because I’m a good guy.

Sounds like a bargain. Those MacBook chargers are expensive! 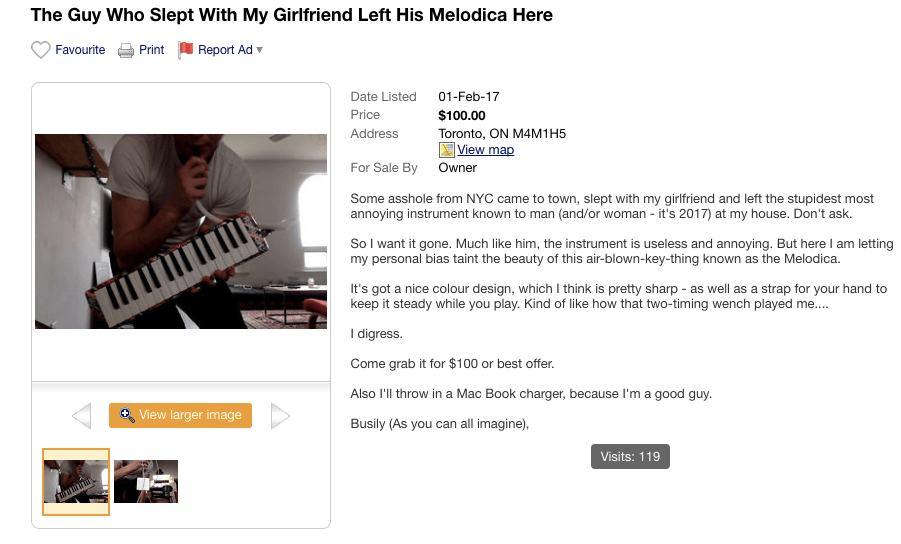