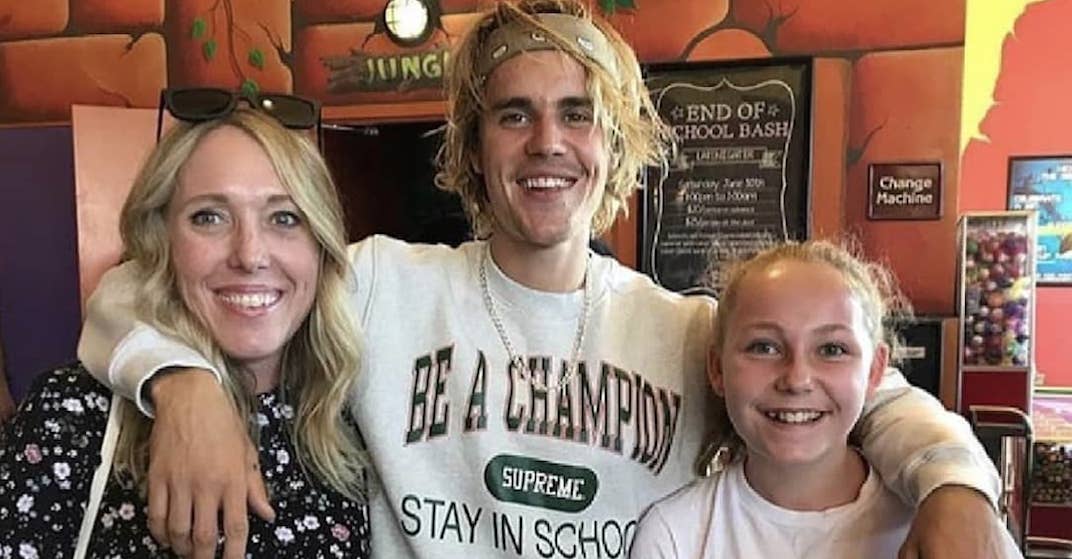 Bieber fever was alive and well at a Kitchener-area gaming arcade this weekend.

Justin Bieber showed up at Laser Quest on Victoria Street on Saturday afternoon, and the Stratford-native blended right into the crowd as he shot hoops by himself.

Fans were thrilled to meet the Biebs, who was all smiles as he stopped to pose with fans. Evidence posted on social media afterward shows that Bieber even played a game of laser tag with fans.

While it’s unclear of why the 24-year-old singer was in the Waterloo region over the weekend, it’s definitely not his first sighting in Ontario in the past month.

Just last week, he was spotted at the St. Jacobs Farmers’ Market in Woolwich, ON and the month before he checked out the Stratford Perth Museum while visiting his hometown, to check out an exhibit about his life.