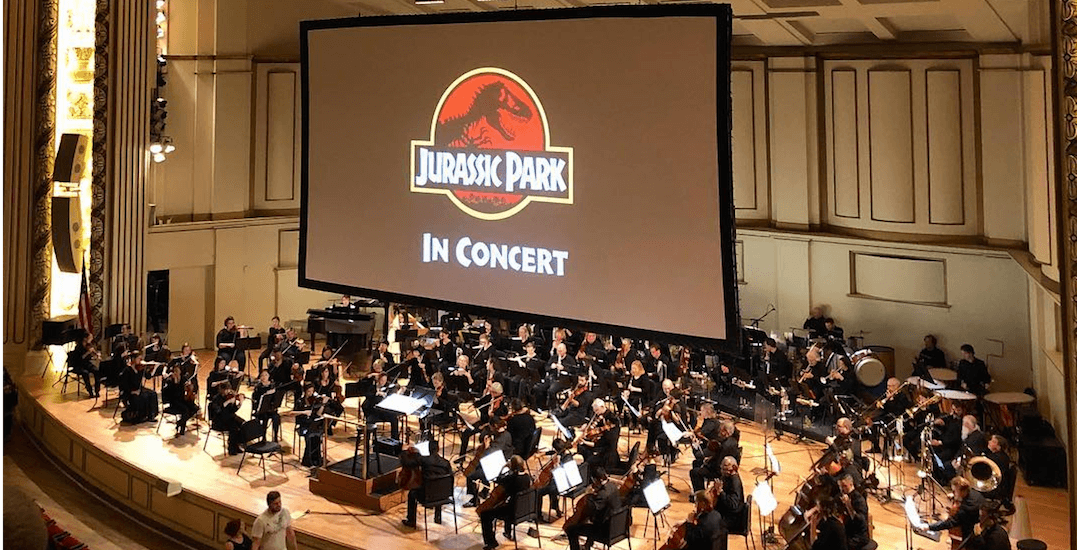 If you’re a fan of Jurassic Park (and seriously, who isn’t?), we’ve got exciting news for you.

The 1993 classic thriller will be hitting the big screens in Toronto this winter for a very special performance with the Motion Picture Symphony Orchestra.

One of the most thrilling science fiction adventures ever made features renowned composer John Williams’ iconic score and you can watch it performed live to picture at the Sony Centre for the Performing Arts this December.

Get ready for an epic journey as the film transports you to a secluded island where scientists have succeeded in reviving the age of dinosaurs in a brand new, immersive theme park, the likes of which has never been seen before.

And just think about that epic moment when the team first lay eyes on a herd of Brachiosaurus. Now, imagine how incredible that scene will be on a big screen, with music by a live orchestra?

If you’re looking for an adventure this holiday season, Jurassic Park in Concert will run December 28 and 29 at 7:30 pm.