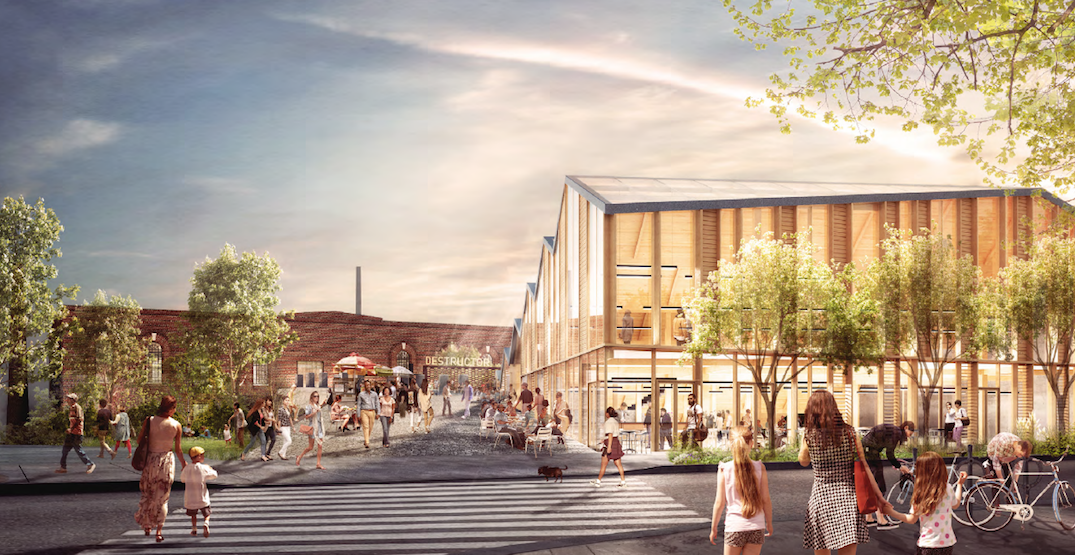 After sitting vacant for more than three decades, an old Toronto incinerator is about to have a new life breathed into it.

The Wellington Destructor, located on the southeast corner of Wellington Street West and Walnut Avenue near Stanley Park, is set to undergo a total transformation that would see it become a large community hub.

The City-of-Toronto-owned building was built in 1925 and used as a garbage incinerator until the mid-70s. It was then switched over to be a garbage transfer station until the ’80s, and has sat vacant ever since.

The City announced on Wednesday that it is recommending real estate development company TAS be given a long-term lease for the site — 49 years with two optional 25-year extensions — during which time they will renovate and operate the property. 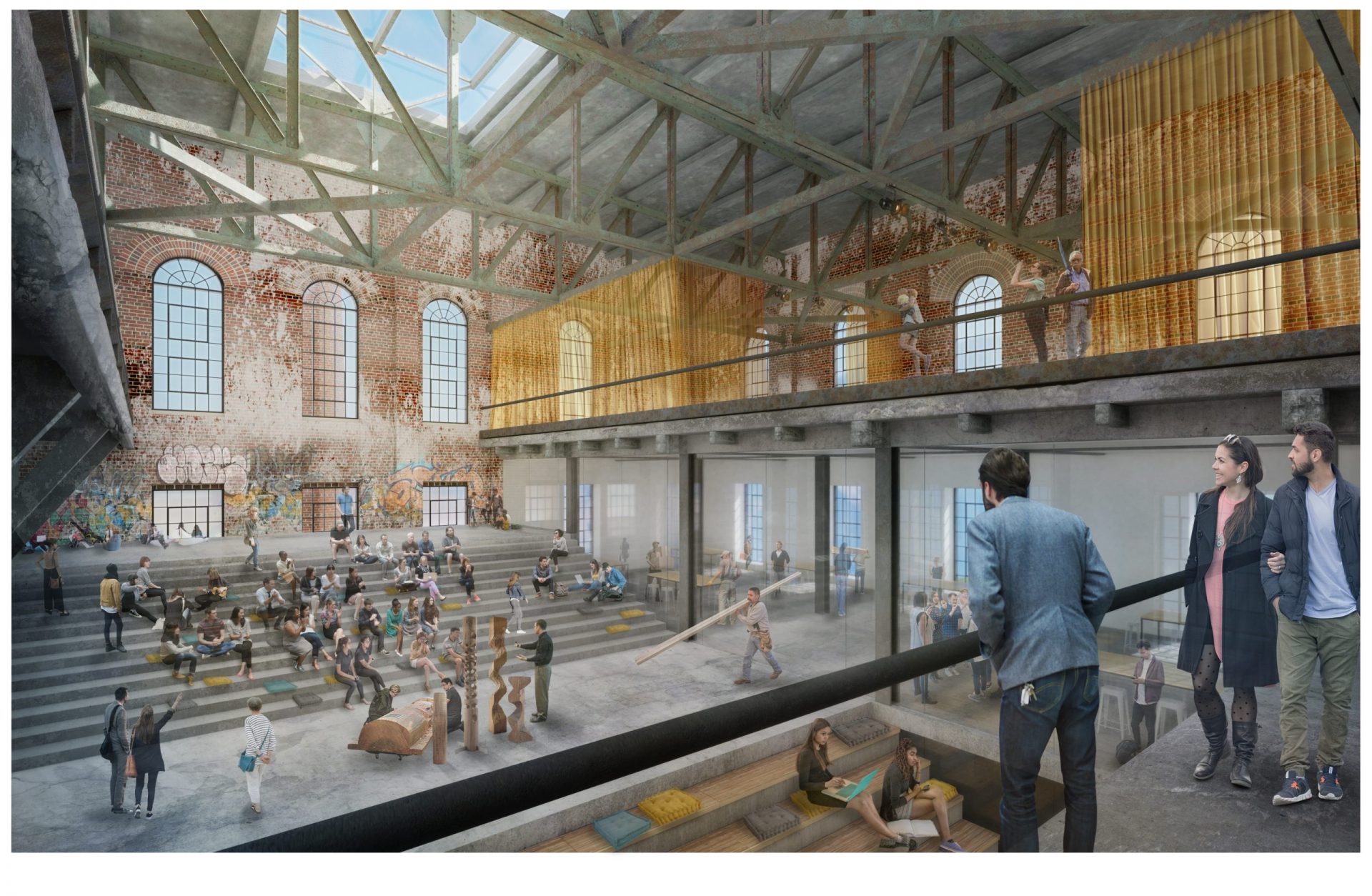 “This is a great step forward in the Wellington Destructor project,” said Mayor John Tory. “By preserving its heritage elements and creating new flexible spaces, this site will serve many uses and become a destination for people to create, learn and innovate.”

TAS’s proposal would see the former industrial site become a blend of an urban park, community hub, and commercial centre. Not only would the Destructor building be retrofitted, but renderings show a new glass-enclosed pavilion going up on the site. Inside the two buildings, there would be production facilities, as well as learning, programming and administrative spaces. 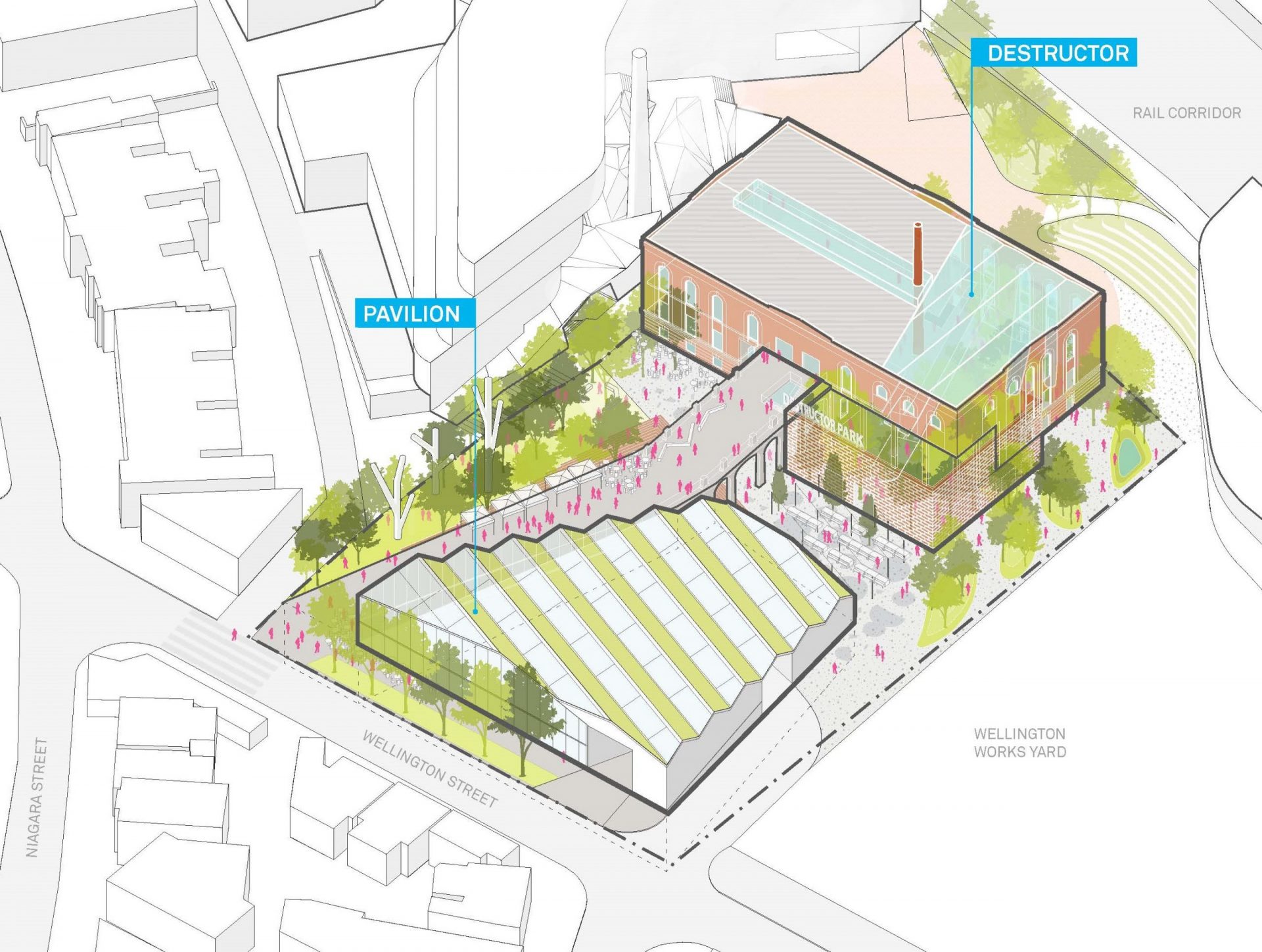 The redevelopment will require a significant amount of work, with TAS having to undertake a $32 million remediation of the property to retain and restore the original structure, which has a protected heritage designation.

More details on the project will be revealed during a public information session held by CreateTO and Councillor Joe Cressy on Monday, October 18 at 7 pm.