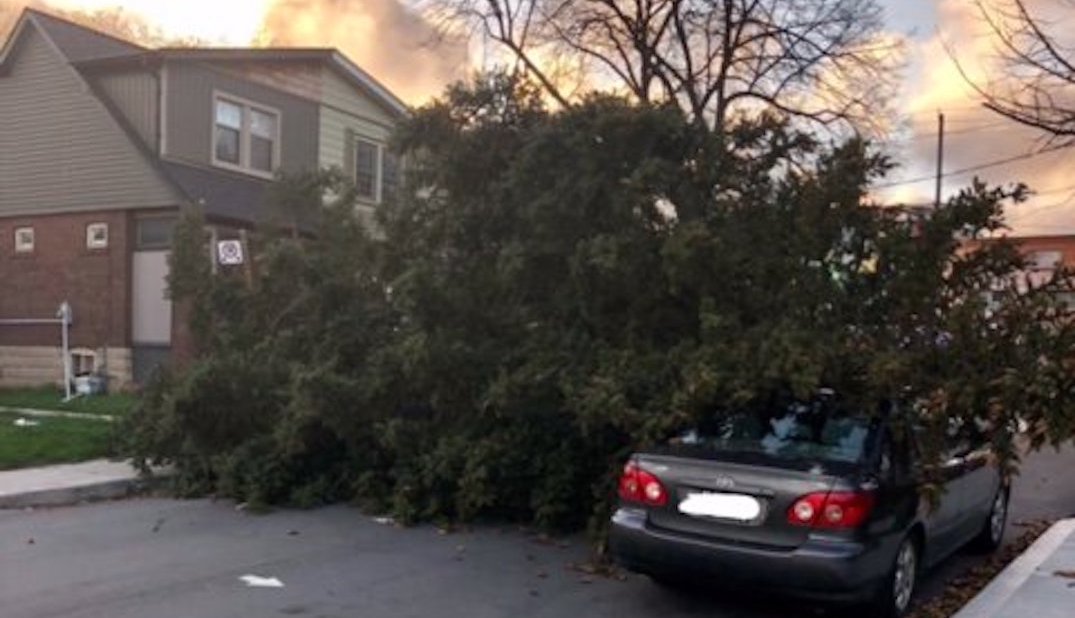 During the height of the storm, Toronto Hydro reported 68,000 customers without power, and over 400 downed wires.

“Friday’s windstorm has caused extensive damage across the city,” tweeted Toronto Hydro on Monday. “We’re still in an emergency state & have all hands on deck.”

According to Environment Canada that evening, “wind gusts of up to 110 km/h have been observed in the wake of a cold front moving through the area.”

“High winds may toss loose objects or cause tree branches to break,” it also warned. This was the case in many parts of the city.

Crews have made significant progress, restoring 96% of customers affected by the windstorm. We will continue to work around the clock until every customer is connected. Many are asking for ETORs for outstanding outages. Here’s why this is challenging: pic.twitter.com/YqdjLQmv36

“The severity of damage is unique to each situation – in some cases, heavy equipment is needed, making for lengthy repairs,” they say.

On Saturday, Mayor John Tory thanked the Hydro crews for the all the work they’ve done.

Thanks to all the @TorontoHydro crews who worked through the night to restore power to nearly 50,000 homes as of this morning. They are continuing to work hard, 24/7 to get the power back to those still affected by last night’s storm. #ONstorm

During the storm, flight operations were temporarily suspended at Toronto Pearson Airport. Toronto Police also warned the public of several closures, including various city streets and in High Park.

Many trees bringing down wires all over TORONTO. @Toronto_Fire is prioritizing responses ensuring coverage for all Hazards. pic.twitter.com/2Mdd73XU7s