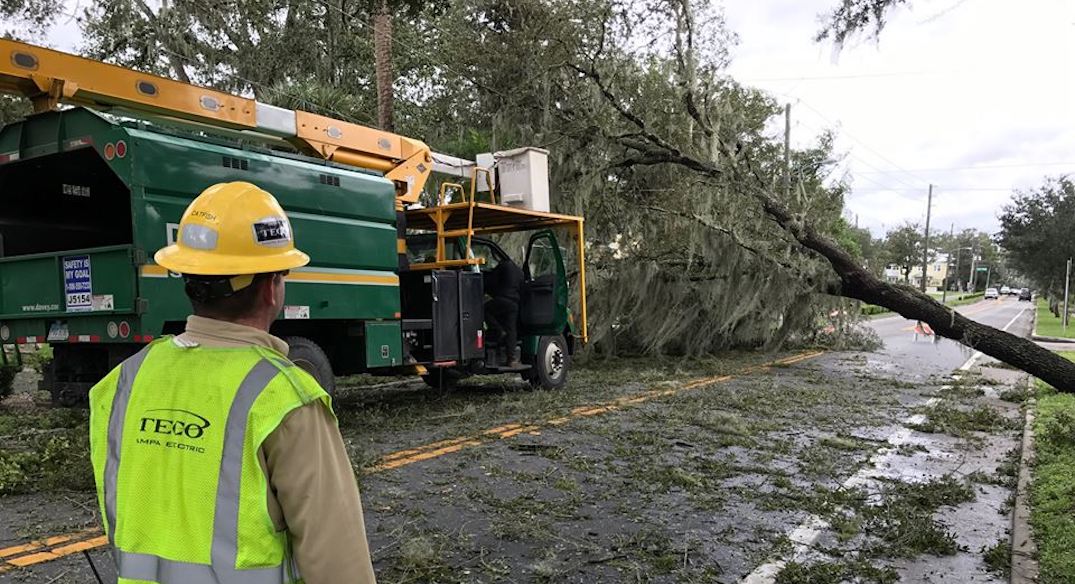 28 Toronto Hydro employees and 15 trucks are on their way to Florida to help restore power to residents after Hurricane Irma.

Since the destructive hurricane hit the state, millions of customers have been without power. The Toronto crews are travelling to the Tampaarea, which is on Florida’s Gulf Coast, to provide emergency assistance and help restore power to people dealing with the devastating aftermath of the hurricane, according to Toronto Hydro.

After reaching out to the utility companies in Florida, Tampa Electric accepted Toronto Hydro’s offer for help on Monday.

“The destruction in Florida is extreme. The images on the news show severe damage to numerous towns and cities. Electricity will be essential for the re-building process, which is why we’re answering the call for help and sending crews to Tampa,” said John Borowitz, General Manager, Distribution Grid Operations and Emergency Management, Toronto Hydro, in a statement.

Crews are driving bucket trucks and other vehicles to Florida and the trip is expected to take approximately two and a half days. They departed from the Hydro company’s Etobicoke location on Tuesday morning.

We are making strides to bring service back & expect almost all customers to be restored by the end of the weekend. https://t.co/XAlmAQwV0E pic.twitter.com/aPRcN4mnnr