Ontario has been promised lower hydro rates, and for good reason.

The province’s electricity prices have gone up twice as fast as the national average over the past decade while  Toronto has had the highest average for hydro costs across the entire country, according to a recent study by the Fraser Institute.

Torontonians pay $60 more per month than the average Canadian when it comes to hydro.

“Electricity is a necessity, and Ontario’s high prices pose a serious burden for many families who, after paying their hydro bills, have significantly less money to spend on other important priorities,” said Kenneth Green, Fraser Institute senior director of energy and natural resource studies and co-author of the study, Evaluating Electricity Price Growth in Ontario, in a statement. 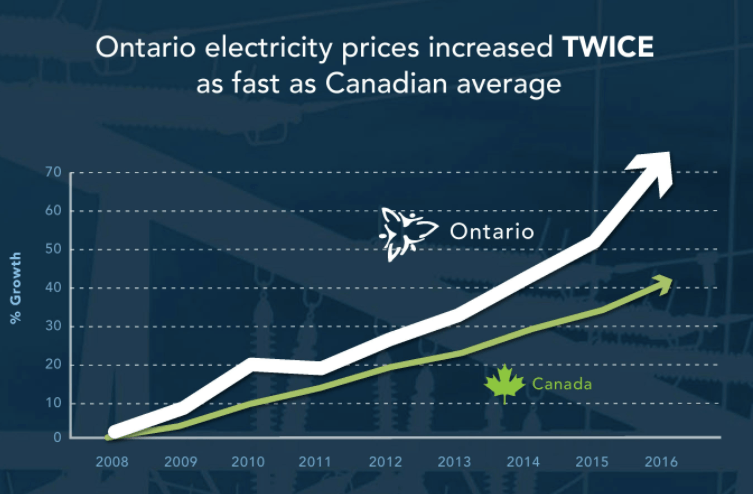 The study also found that electricity prices in Ontario sky rocketed 2.5 times faster than Ontario income levels between 2008 and 2015. The province’s rate rose 71%, which is more than double the national average increase of 34% over that same period, leaving us with the highest monthly bills in Canada.

According to the Institute, on average Torontonians pay $201 per month (including taxes) — an increase of $77.09 over the past six years. Coming in at second highest for hydro is Ottawa, where residents pay $183 per month.

In comparison, electricity bills in Montreal averages $83, and on the west coast, Calgary and Edmonton average $109, and Vancouver is at $114.

And the high prices are no accident. 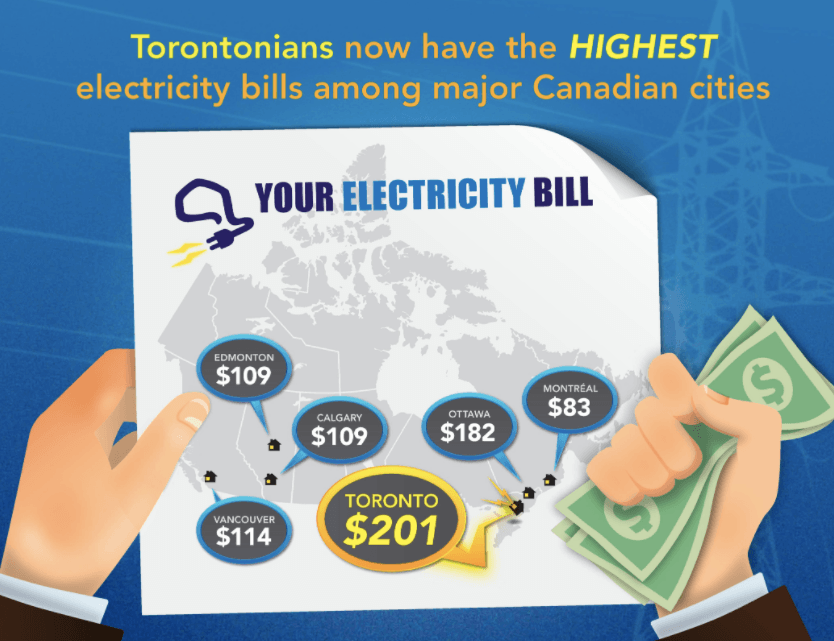 To address the high costs, Queen’s Park has recently announced a plan to use debt-financing to artificially lower current electricity prices.

In May, Ontario officially passed legislation to lower electricity bills by 25%.

When Premier Kathleen Wynne first made the announcement back in March, she called it “the largest cut to electricity rates in the history of Ontario.” The province says it has made the drastic cut to provide significant rate relief and ensure greater fairness.

The Fair Hydro Act “reduces electricity bills for all residential consumers and as many as half a million small businesses and farms,” and it began this summer.

But, this plan will result in new charges being added to future bills, according to the study.