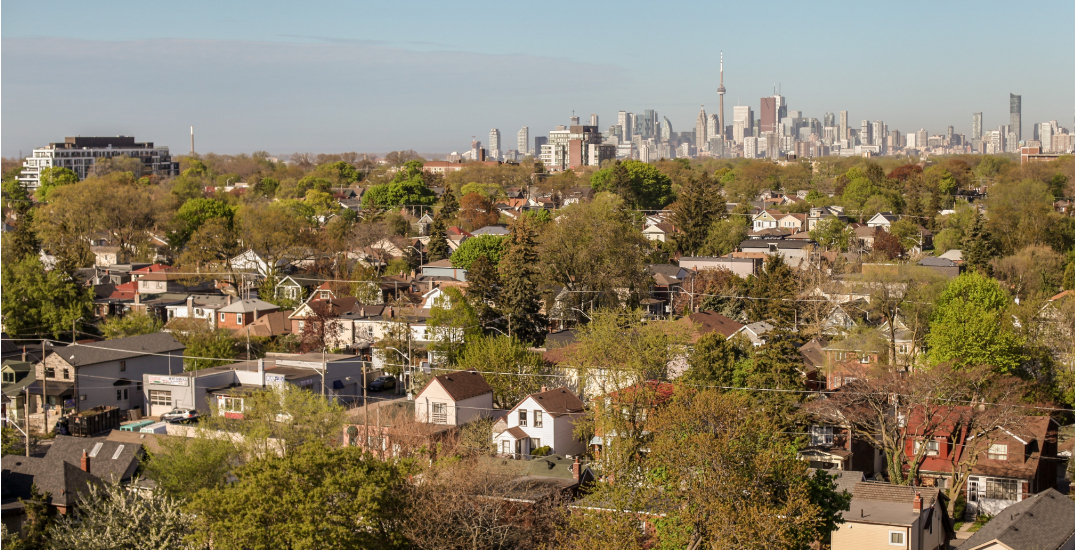 Toronto’s housing market “frenzy” is coming to an end.

In a report published earlier this week, Robert Hogue, Assistant Chief Economist at RBC, said the real estate market in the Toronto area has seen a “dramatic turn of events” over the last three months as demand drops and more properties are put on the market.

The Bank of Canada’s interest rate hikes have put buyers on the defensive, and home resales in the region have dropped by a third since March. According to the report, May saw a (seasonally adjusted) monthly dip of 9.3%; on a yearly basis, home resales declined 38.8%. 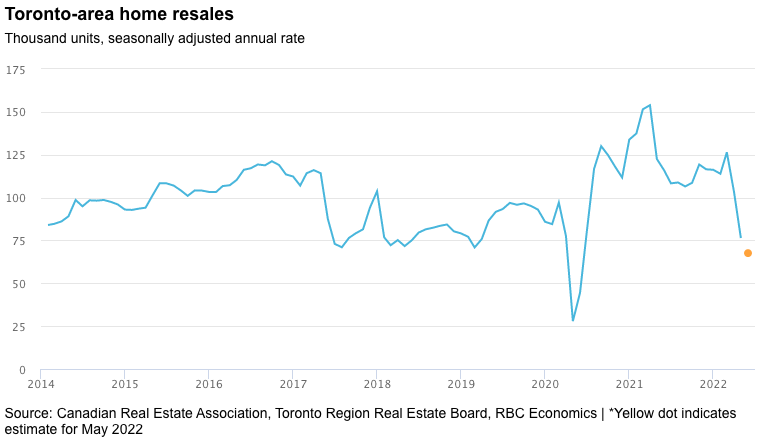 After hitting historically low levels during the pandemic, inventories have begun to rise — a yearly increase of 26% was recorded in May — easing the “extremely tight” demand-supply conditions seen at the end of 2021.

“Buyers’ sense of urgency has significantly diminished, and so has their willingness to enter into bidding wars,” Hogue said. “The frenzy is over.”

The falling demand and rising inventory caused the MLS Home Price Index to fall month-over-month in both April and May. Single-detached homes outside the City of Toronto took the biggest hit, but condos in the city have been “more resilient,” Hogue noted.

“We expect prices to remain on a downward trajectory as buyers gain pricing power,” Hogue said. “Clearly, the Bank of Canada’s interest rate hikes since March — and the prospects for more in the months ahead — are changing the game in a big way.”