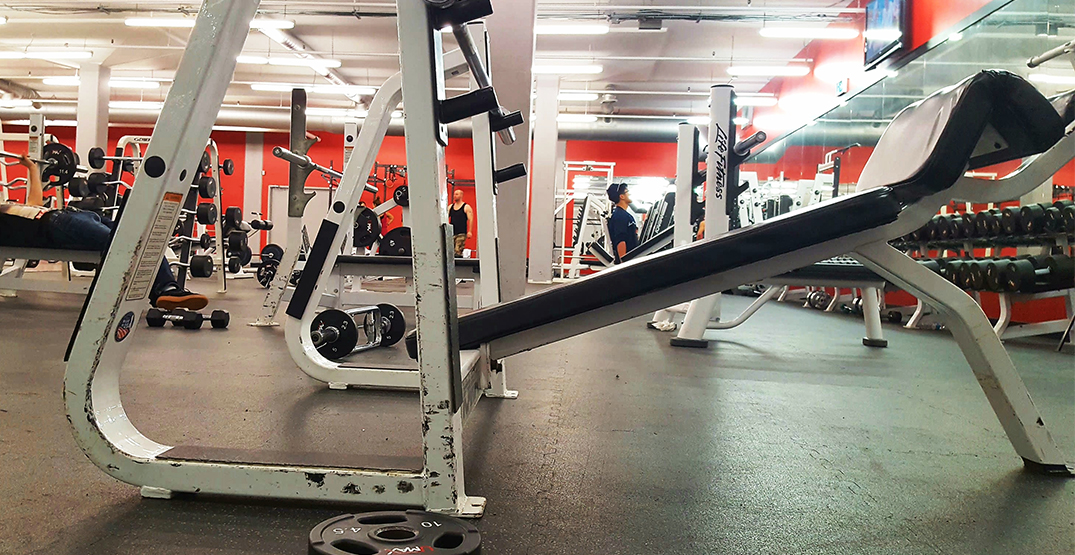 As Toronto enters Step 3 of the province’s reopening framework, the city’s gyms will be able to reopen their doors after closing for months due to COVID-19.

As of 12:01 am on July 16, gyms, fitness classes, and personal training will be permitted to operate at 50% capacity. Masks in indoor public settings and physical distancing requirements will remain in place throughout Step 3.

Amenities will vary depending on the gym, but most washrooms, locker rooms, change rooms and showers should be open to members.

In Toronto, here are some gyms that are reopening and their plans.

GoodLife Fitness is among the gyms in the city that will be reopening on Friday as Toronto moves into Step 3.

🚨 Ontario, WE’RE BACK! 🚨 The wait is finally over. You’ve watched from the sidelines as other provinces reopen. Now, it’s your time. See you Friday, July 16. No bookings needed for the General Workout floor. Check your email for full details. pic.twitter.com/2yTHKua9WW

Here are some of GoodLife’s Toronto locations that will be opening on July 16:

Most of the company’s Ontario clubs, including its 24-hour locations, will reopen on July 16. The gym will no longer require members to pre-schedule their workouts. The company is currently asking members to keep their workout to no longer than 90 minutes while capacity restrictions are in place.

Anyone looking to join a group fitness class will still have to book a time slot through the gym’s website or app.

A rep for the company confirmed there will be some limitations to amenities in order to ensure they are in compliance with health guidelines; however, women’s workout areas, group fitness studios, cycling studios, and personal training areas will be available to members at all clubs with those amenities.

“Our team is ready to welcome Members back so they can work to rebuild their physical and mental health through fitness,” Tracy Matthews, VP of operations at GoodLife Fitness, told Daily Hive in a statement. “We’re thankful to the people across Ontario for doing their part so that Step 3 could come a few days early.”

Planet Fitness is also reopening its Ontario locations on Friday.

In preparation for reopening, the company is taking “a number of steps to protect the health and well-being of our members and employees,” including training for staff on sanitization policies, physical distancing measures and reducing physical touch points in the club.

Additionally, members will be able to check their club’s capacity in real-time, with the Crowd Metre function on the gym’s app.

A rep for Planet Fitness said the company will be releasing more details later this week.

Here are some GTA Planet Fitness locations that will be opening on July 16:

The YMCA of Greater Toronto will also be reopening all nine of its health and fitness centres in Toronto and Peel on July 16.

A rep for the organization told Daily Hive they are still finalizing some details, but they anticipate that members will have to schedule workouts through their Sweat for Good app up to seven days in advance. Workouts are booked in 60-minute increments but there are no limits to how many bookings they can have in a seven-day period.

Masks will be mandatory in both indoor and outdoor spaces; however, members will be permitted to remove their mask when outdoors once in their designated 10 x 10 foot square while they are exercising.

Additionally, YMCA members will now be able to travel from centre to centre since guidelines are province-wide.

Here are the locations opening on July 16: