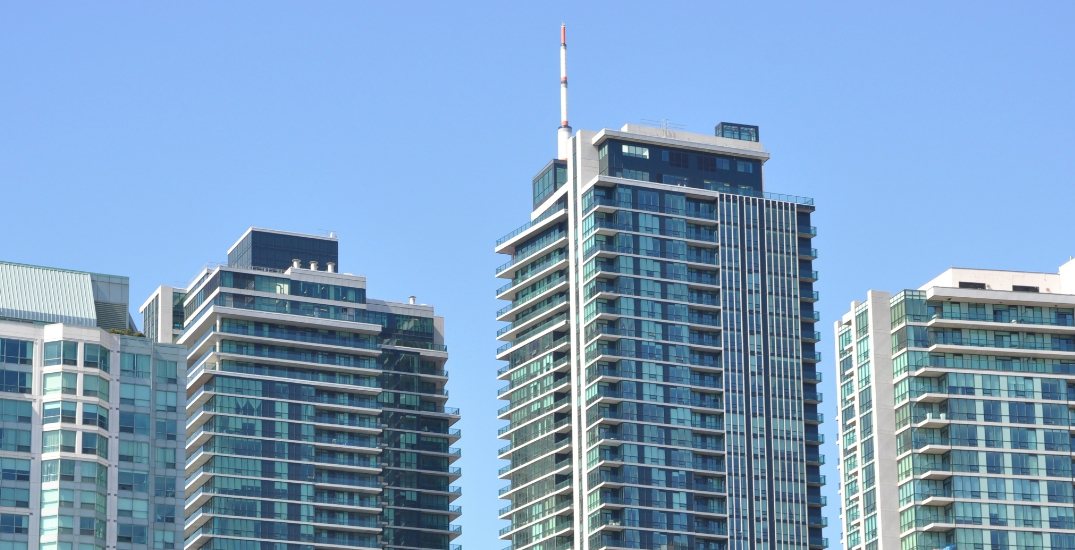 According to the latest Toronto GTA Rent Report from Bullpen Research & Consulting and TorontoRentals.com, prices in the region soared last month as supply dwindled.

In May, the average monthly rent for all property types in the GTA was $2,327, an annual increase of 16.5%. The figure is a 5.7% increase from April, making it the largest monthly increase since reports began in 2018. However, rents are still $38 below May 2019 levels.

High inflation, rising interest rates, more short-term rentals, and supply chain issues have tightened supply across the GTA, the report said. Simultaneously, demand has increased due to immigration, an influx of students, and recent grads leaving their parent’s homes.

The highest rents across the GTA last month were found in Toronto. The average monthly price for condo rentals and apartments in the city was $2,438, an annual increase of 19.8%.

Burlington and Etobicoke followed, with average monthly rents of $2,233 and $2,263, respectively. The figures represent annual increases of 18.3% and 17%. 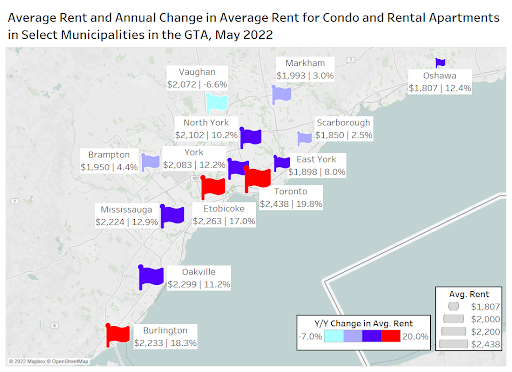 So far in 2022, the neighbourhood in the GTA with the highest rents has been the Bay Street Corridor. From January to May, the average price of condo rentals and apartments in the area was $2,764 per month. Prices are up 12% from 2021, and 1% from the peak in 2019.

Only Cabbagetown experienced a decrease in rents — down annually from $1,865 to $1,843 — although the average listing dropped from 742 square feet to 586 square feet.

The cheapest rents in the GTA can be found in Parkdale. At an average of $1,767 per month, rents are still 19% below the 2019 peak. Like in Cabbagetown, though, units have shrunk. 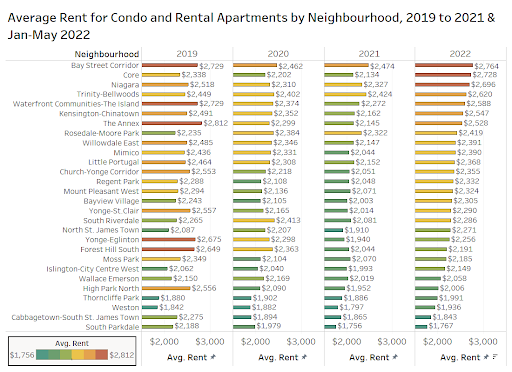