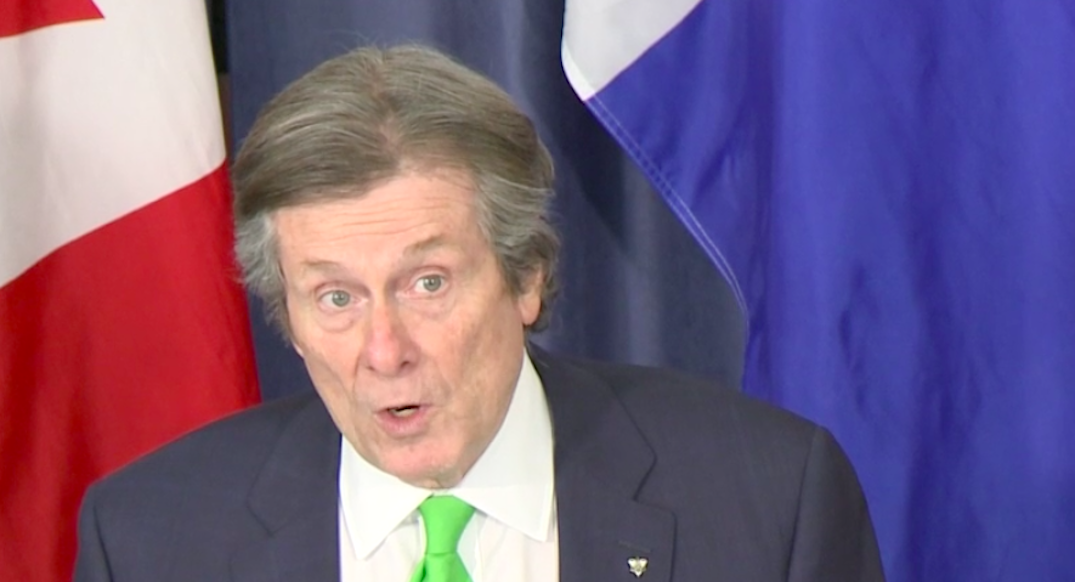 Mayor John Tory said that Toronto is looking to make modifications under the Grey Zone, such as reopening outdoor activities like dining and fitness.

During a press conference on Wednesday, Tory and Medical Officer of Health, Dr. Eileen de Villa, said the city would not move into further reopening. On March 8, Toronto entered the Grey Zone of Ontario’s reopening framework — the next stage would be the Red Zone, which de Villa said Toronto’s data could not support at this time.

In the Grey Zone designation, retail can reopen with 25% capacity, but all other non-essential businesses remain closed. Indoor gatherings are not permitted, but groups of 10 people can meet outdoors distanced. All recreation and event spaces are still closed.

“Cases are going up, and variants are on the rise, and we need to be cautious,” Tory said. “Based on that science, we cannot let our guard down at the government level. That means we’d rather have modifications to the Grey Zone rather than a move to the Red Zone.”

The mayor added that it is less about colours and more so “what makes sense” for the city when taking into account various health factors, the healthcare system, and peoples’ fatigue.

The modifications at this time only include opening outdoor dining and outdoor fitness activities.

De Villa said she’s in conversation with Ontario’s Chief Medical Officer about where next to take Toronto in the province’s reopening framework.

“We are looking at outdoor-focused activity. There is evidence that outdoor activity is lower-risk than indoor activity. Everyone sees the exhaustion in the city…this is understandable and inevitable,” the Medical Officer of Health added.

“This is why modest steps forward in outdoor activity are good proofing ground at this time.”

She noted that if data indicates course corrections as necessary, it will be made quickly and decisively.

On Wednesday morning, Peel region also said it is looking for modifications to the Grey Zone, but the decision is ultimately up to the province.

The Ontario government should have their formal decision on Friday.