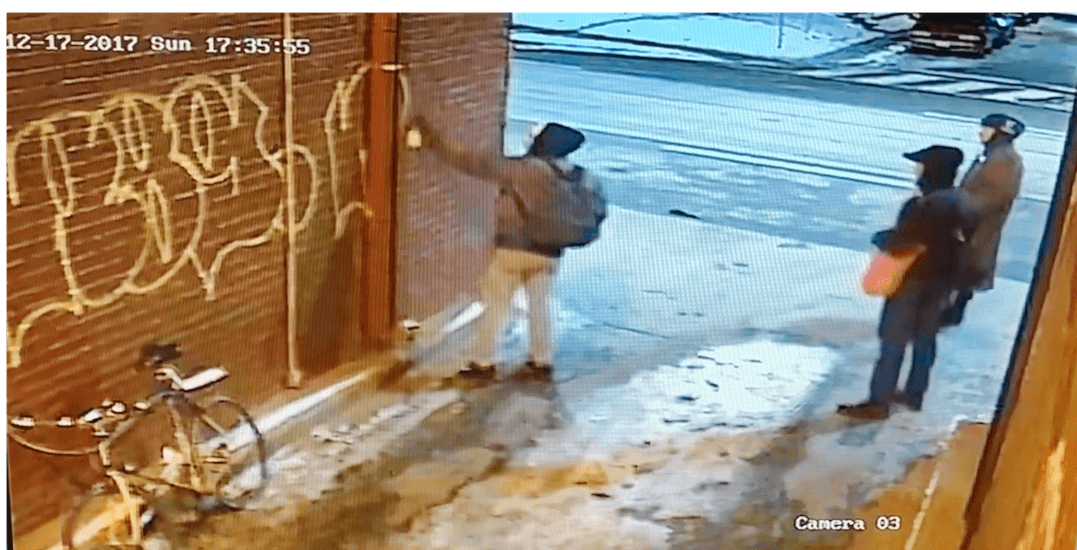 If you’ve ever walked through Toronto, you know how serious Torontonians are about their graffiti.

From sprawling murals on buildings to one-of-a-kind designs in Graffiti Alley, there’s always an incredible work of art to find in this city.

But the thing is, most of the work is completed by elusive artists who mostly come out in the middle of the night so many of us are left wondering who is responsible for the works of public art.

And now, a Toronto man has managed to catch one of the city’s taggers red-handed on film, only it’s not to praise the artist, but to turn him in.

Renowned Canadian photographer George Pimentel was growing tired of vandals tagging the brick walls surrounding his Toronto photography studio and after recently capturing a tagger in action, he shared the footage on Facebook.

In the video, you can see a three people approach the pristine brick wall. One has a can of spray paint, and the other two appear to be lookouts.

The tagger then begins spraying a large, illegible word onto the wall before disappearing out of view.

Pimentel’s video quickly began to catch Toronto’s attention and has already been viewed over 4k times. However, shortly after being shared online, Pimentel updated the post to inform everyone that he was able to identify the tagger in the video.

“FYI everyone, good news, I found the guy,” he wrote. “The question is what should I do? Should I find him and spray paint his face. Or should I just take him to the police.”

Considering this guy isn’t adding any value to this wall, we would say a spray in the face is the least he deserves…