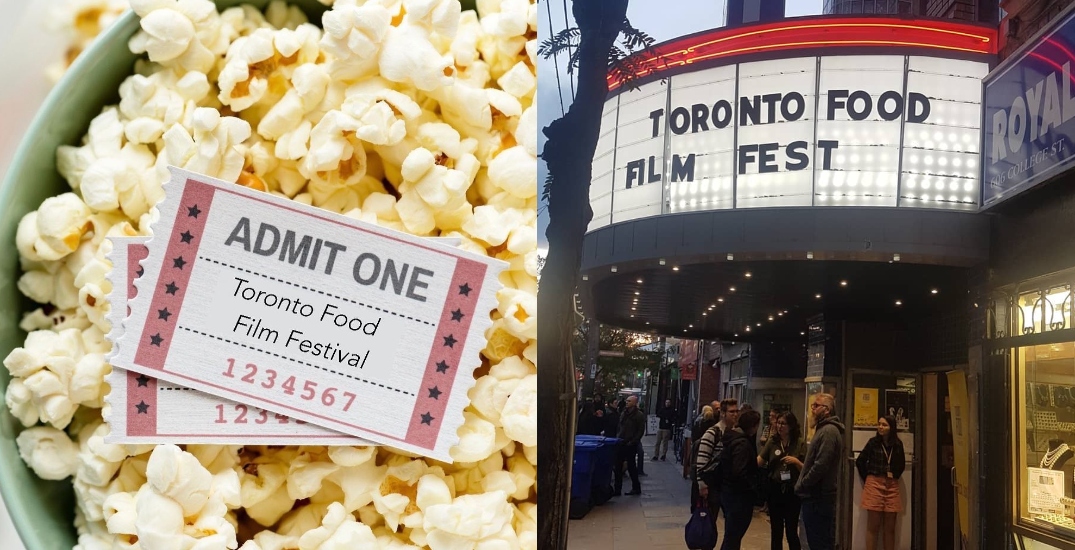 Toronto Food Film Fest is coming back this year for another fun-filled week celebrating independent film-making, food, and culture.

Ontario’s only food film festival is making a comeback for its fourth year with a four-day festival from October 14 to 17 at The Royal Theatre.

Food and film lovers across Toronto will come together to enjoy in-person screenings, workshops, dinners, tastings, and much more.

Bottega Volo housed inside the Royal Theatre’s lobby will supply concession snacks and chefs will serve the audience delicious eats that pair perfectly with each movie.

“We’re so excited to be back for a fourth year and looking forward to being back at the Royal Cinema, one of the few remaining historic independent cinemas in the GTA. College Street is also arguably one of Toronto’s liveliest food streets,” said Jacqueline Tam, co-founder of TFFF.

“The quality of film submissions already received is better than ever so our selection is difficult.”

As for the movie aspect, film submissions have been extended until June 24 and the full lineup will be released later this summer.

“Promoting independent films continues to be an important priority, especially being able to pair that with Toronto’s diverse and growing food scene. We are eager to bring attendees a new lineup of films, food demonstrations, dinners, talks, tastings, and the crowd favourite film and snack pairings,” said Tam.

Tickets will be released closer to the date including VIP passes. It’s sure to be an exciting experience.