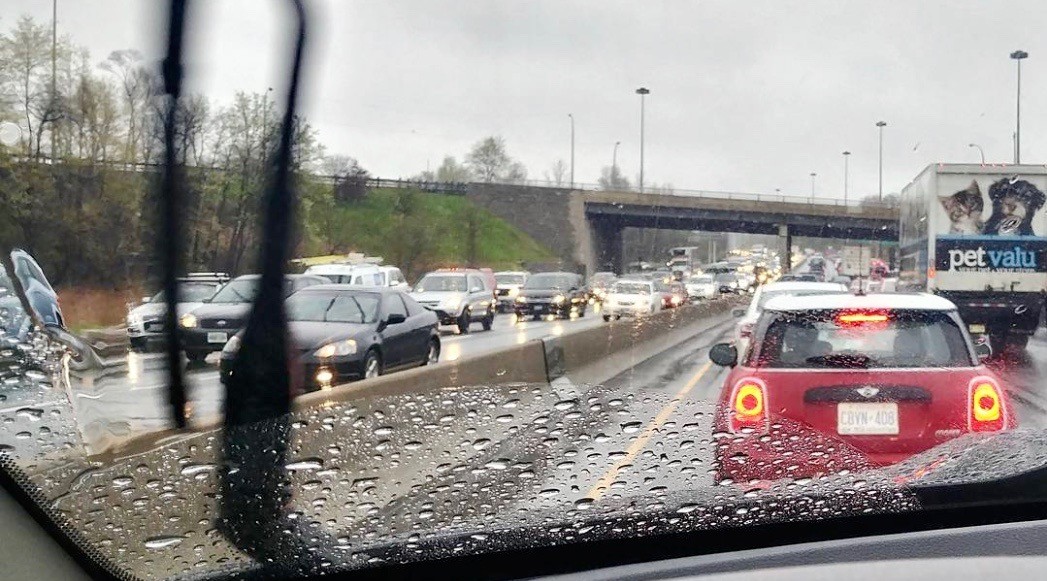 The DVP will be open for rush hour this afternoon despite fears that it would be closed due to flooding.

In a statement released by the city, the Don Valley Parkway will be kept on information from the Toronto and Region Conservation Authority (TRCA) and Environment Canada.

Of course, being open and being worth taking are two very different things…

The City of Toronto has made the decision to keep the Don Valley Parkway (DVP) open through this afternoon’s rush hour period based on information from the Toronto and Region Conservation Authority (TRCA) and Environment Canada.

Currently, precipitation is not as intense as had been predicted – with accumulation of one to two millimetres per hour. As a result, the DVP remains open. Should conditions worsen, a closure could still be necessary.

The City will continue to monitor the situation on the DVP and in other low lying areas in consultation with other city agencies.

During heavy rain storms, residents are advised to plan ahead, drive cautiously and according to the conditions, and consider using public transit as an alternative.