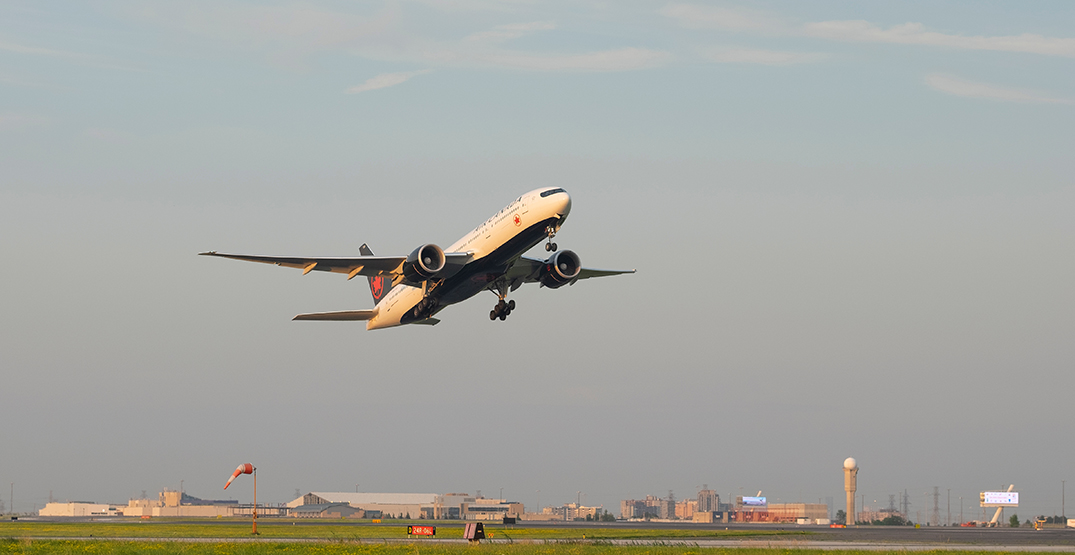 Almost 100 flights with a case of COVID-19 on board have passed through Toronto Pearson International Airport since August 1.

According to the Government of Canada’s website, 36 domestic flights and 58 international flights have been for COVID-19 exposure since the start of the month.

Canada opened its border to fully vaccinated US citizens and permanent residents on August 9, the first time tourists have been allowed to enter the country since March of 2020.

Provided the epidemiological situation in Canada “remains favourable,” the measure will be extended to all immunized international travellers on September 7.

As long as it has been 14 days since their second vaccine dose and they present a negative COVID-19 test, travellers can enter Canada via land or air borders.

They will be exempt from a 14-day quarantine, and will not have to take another test upon arrival unless they are randomly selected. 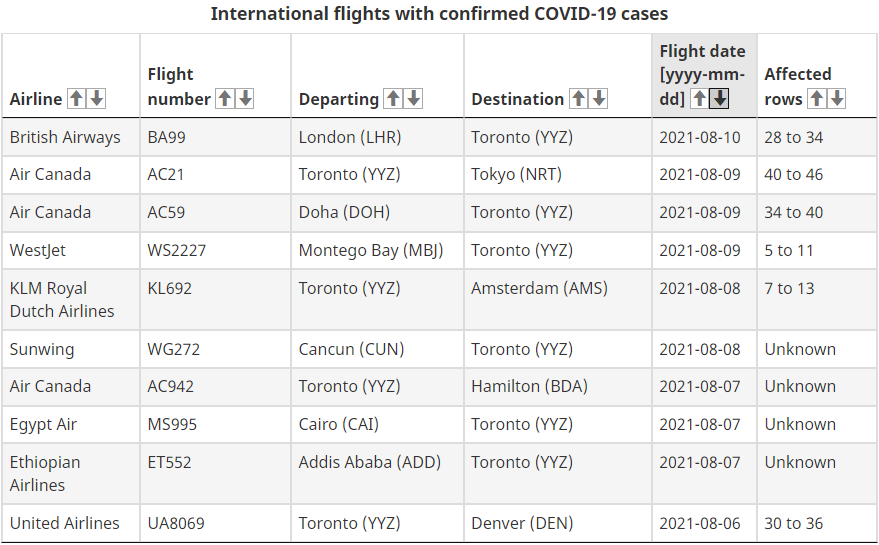 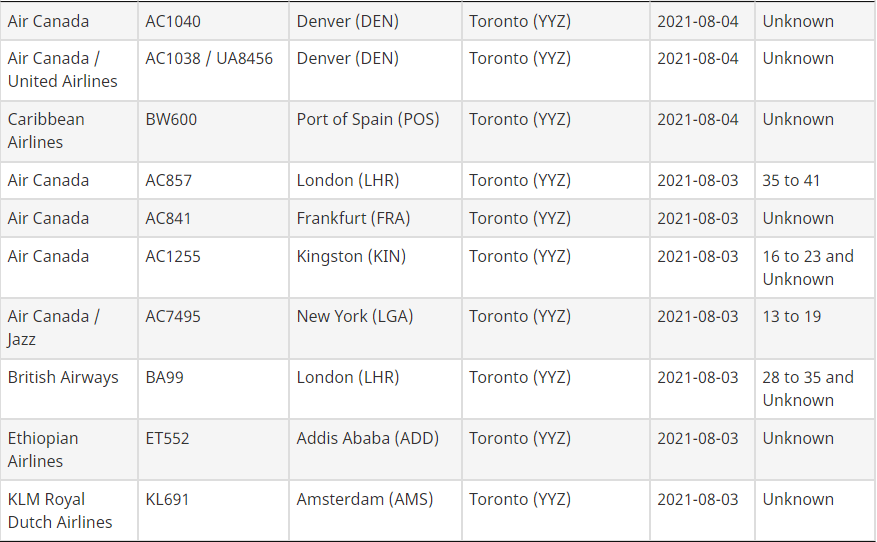 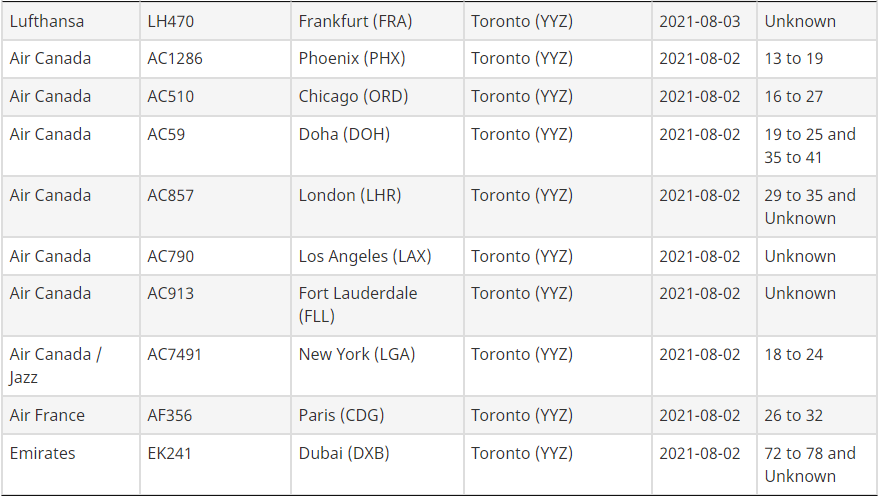 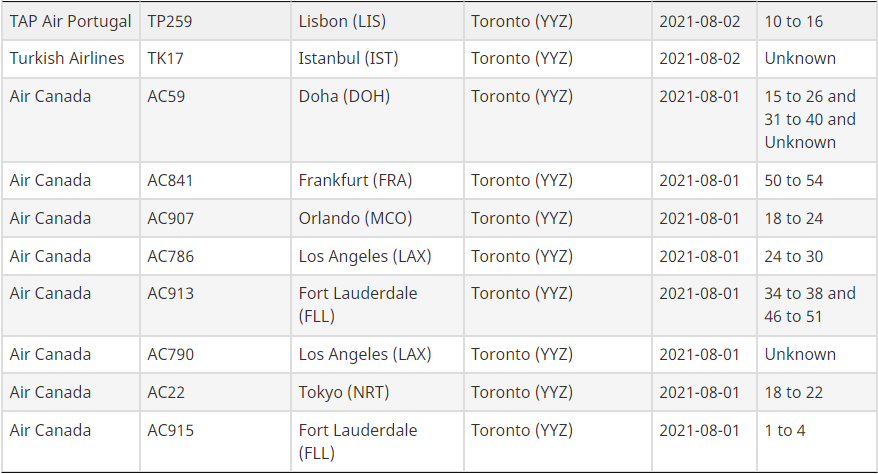 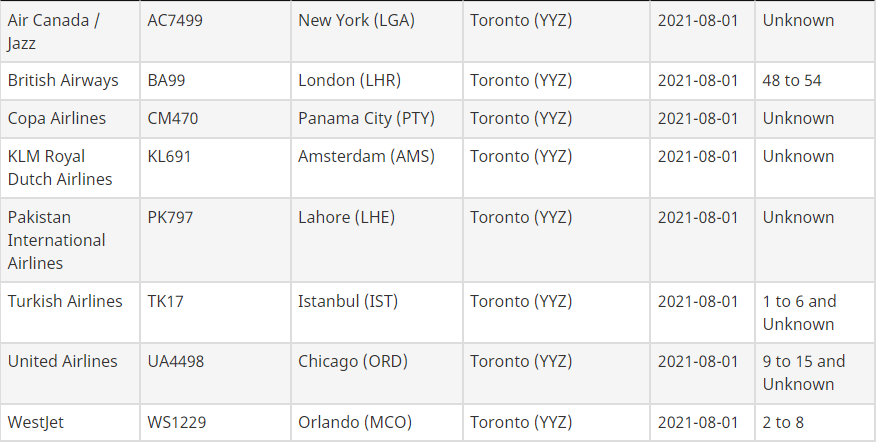 Domestically, flights with a confirmed case of COVID-19 on board have flown into Pearson from Edmonton, Calgary, Vancouver, and Kelowna since August 1.

The full list of affected flights is as follows: 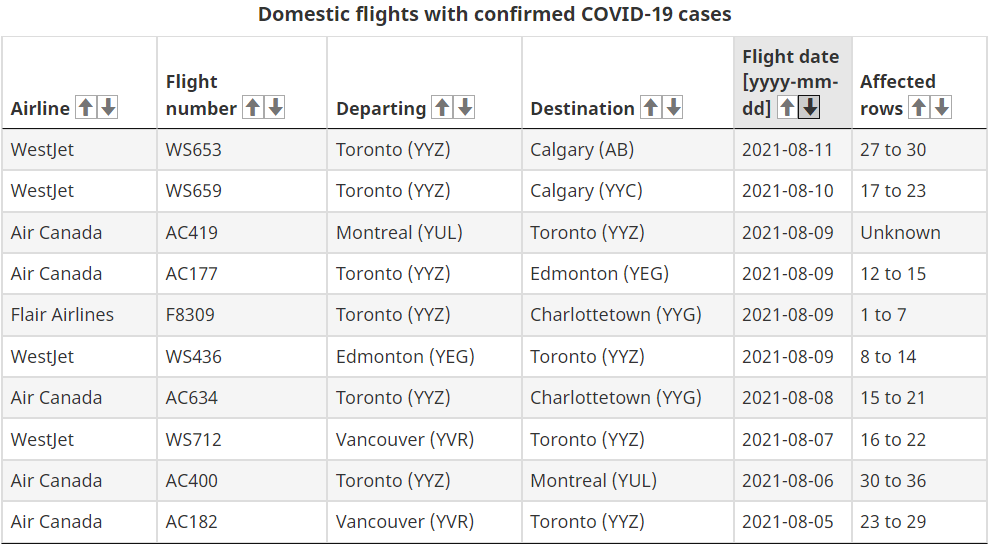 The government considers a row to be “affected” if it is three rows—two for business class—behind or in front of a row where a seated passenger tested positive for the virus and was travelling while they may have been infectious.

If multiple passengers on a single flight have contracted COVID-19, the government may flag all rows for potential exposure. If a member of the crew tests positive, affected rows may be listed as “unknown.”

While no timeline has been revealed, the system may be introduced as early as this fall.

“We know that vaccinations are key to keeping Canadians safe from COVID-19,” said Transport Minister Omar Alghabra. “The proof of vaccination is an important part of that.”