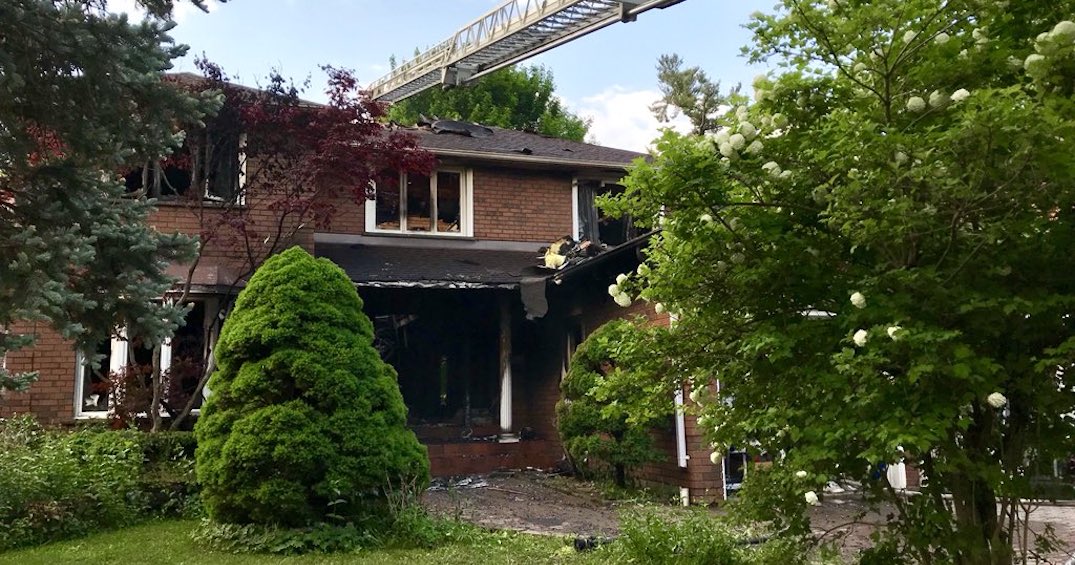 An 18-year-old has died after a fire ripped through a student home in Scarborough early Wednesday morning.

According to Toronto Fire, the female was found deceased on the second floor of the home, and three other students were taken to hospital.

One of the home occupants jumped out of a second-floor window.

The house, located on Haida Ct. near Ellesmere Rd. and Military Trail, is near the University of Toronto Scarborough campus, where all the occupants of the house attended.

U of T issued a statement, confirming four of its students were in the home at the time of the fire.

“This is a terrible tragedy,” said Bruce Kidd, vice-president and principal of University of Toronto Scarborough. “The thoughts of the entire campus community are with the family of the student who was killed in the fire and with the three other students who were in the house.”

The university said it has already reached out to the students to offer any assistance they need. The school will also continue to be in touch with those students to provide support to them, their families, and any other members of the campus community who are affected by this tragedy.

There have been no details released on the cause of the fire at this time.

2nd Alarm Haida CRT: Female found on the 2nd floor – deceased,4 occupants were students from U of T Scarborough campus 3 taken to hospital, Investigation underway
Chief Pegg on his way
OFM on their way
One occupant jumped out of 2nd floor pic.twitter.com/JwhOBgsJQB