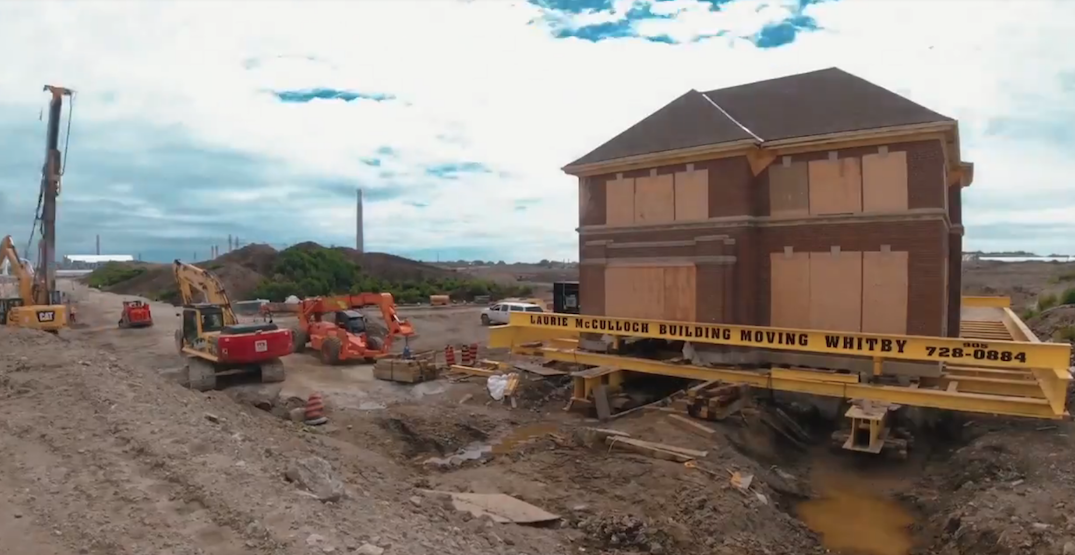 An entire 100-year-old Toronto fire hall was just picked up and moved all in one go, and there’s a video to prove it.

The now-inactive Fire Hall 30, located at 39 Commissioners Street just east of Cherry Street, needed to be moved to make way for the Port Lands project to build a new mouth for the Don River. The 1920s-built building, however, has a heritage designation, meaning it can’t be torn down.

The solution: hoist up the entire building and move it. Thankfully it didn’t have too far to go — just 78 feet.

Waterfront Toronto recorded and shared the experience of picking up the fire hall and shifting it back to its new home.

How did we move the Fire Hall? Carefully. Watch this time lapse and see it move 78 feet to its new home. pic.twitter.com/0Qmg5ca0q4

Where it sits now is the site of the future Villiers Island. The fire hall will become part of the upcoming River Park South and will house six washrooms.

A new foundation had to be poured for the century-old Toronto fire hall to be able to support the weight of the entire building as it moved. Crews then used a combination of steel beams, box cribbing, and hydraulic jacks to get it to its new location.

Although the move was no easy feat, it will be worth it once Villiers Island eventually opens.