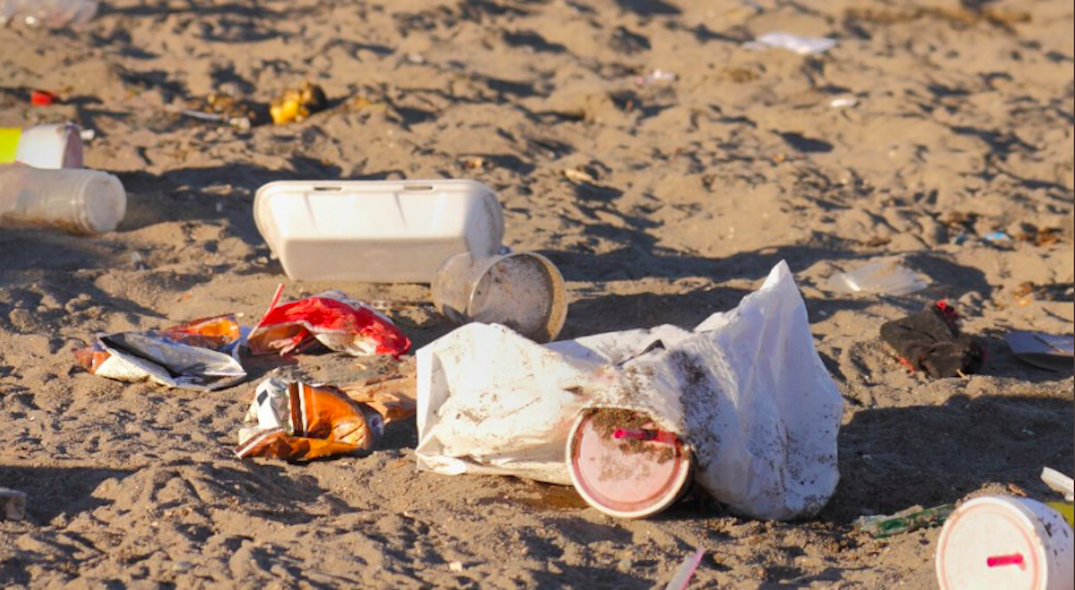 Toronto residents could be fined for up to $500 if caught littering in beaches and parks around the city.

A spokesperson from the City told Daily Hive that staff have created additional signage about littering in parks and will continue to deploy bylaw enforcement to busy parks and beaches over the weekend.

Those found littering face fines of up to $500.

On Thursday, City of Toronto crews were dispatched to clean up litter at the beaches, following Canada Day celebrations.

While the City responded to calls about litter on beaches, bylaw officers did not issue tickets for littering.

“An individual would need to be caught littering in order to be issued a ticket. Given the large number of people, it makes it difficult to determine which specific individuals littered the beach with garbage,” the spokesperson said.

“The public can do their part by properly disposing of items in available street and park bins and not littering items on the ground.”

Residents can also help keep beaches clean by using the bins and “packing out” waste when they are full.

The public is asked to report any litter hot spots to 311.

City crews are currently responding to a large amount of litter that was not properly disposed of on Woodbine Beach on Canada Day.

Please dispose of waste in bins, or take it home with you.

The Toronto Police Service were also present at Woodbine Beach and other parks on Canada Day, but enforcement was mainly for education and awareness for those who may not have been practicing physical distancing — no tickets were issued.

City-wide, the Toronto police say that 16 cautions were given for social distancing, five cautions for trespassing, 527 cautions for carrying liquor, and 521 parking infractions.

Over the past few weekends, Woodbine Beach has been seen to have large crowds gathered, with excessive littering left on the beach.

On June 21, the City said more garbage bins along the waterfront and mesh bins on the eastern beaches will be placed to help with the littering.

There will also be regular litter picking, cleanup, and beach grooming taking place every day.