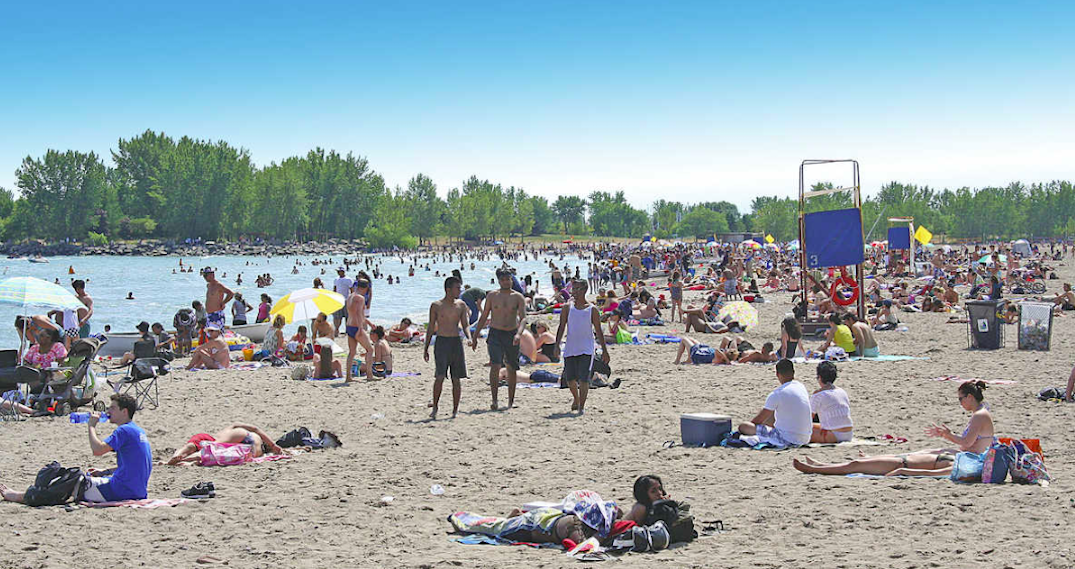 Ontario Premier Doug Ford said that better enforcement is needed at Woodbine Beach, after crowds were seen gathering over the weekend.

“Folks, I get you want to be out, it’s a hot day but come on,” Ford said during his daily briefing on Monday.

“We need better protocols, I’ll talk to the mayor about it — he’s working his back off by the way — we might need to get bylaw officers out there.”

The premier remarked that the scene at Woodbine Beach “looked like South Beach, Florida” adding that the US region got 4,000 new coronavirus cases in one day recently.

He reminded residents to remain physically distanced and for people to stay in their “social circles” which allows for the same 10 people to physically interact.

Otherwise, groups of up to 10 people can meet in public spaces, but they must remain six feet apart, if they do not live in the same household.

“This fight is not over, it can turn and bite us in the backside in a heartbeat. Stay in your social groups,” Ford said. “I was shocked when I saw it.”

On June 20, photos were taken from residents in the city on the crowds at Woodbine Beach as hot summer temperatures reached the city.

A Toronto Police Community Relations Officer, Norm Leung, posted a photo and said the beach and other parks were “extremely crowded this weekend.”

Another resident posted a photo and said that a second wave would come if the crowding continues.

A spokesperson for Toronto Police Services told Daily Hive that according to the local division, there were no tickets issued for social distancing infractions.

And wile they don’t provide crowd estimates, officers felt the crowd was “generally compliant” and practiced “good social distancing with their household groups.”

But, some members of the public were cautioned for liquor infractions.

“The City’s coordinated enforcement team remains focused on providing education about the physical distancing bylaw and provincial orders. Ensuring compliance through education and awareness remains the preferred method of engagement, but enforcement continues to take place if necessary,” the City told Daily Hive in an email.

The City added that when visiting a beach or park, residents must practise physical distancing and avoid crowding.

And, that provincial orders restricting gatherings of more than 10 people who are not members of the same household remain in effect.

The premier said that the scene at the beach was similar to the crowds that gathered in Trinity Bellwoods Park in May, which prompted the City to have increased law enforcement and implement painted physical distancing circles.