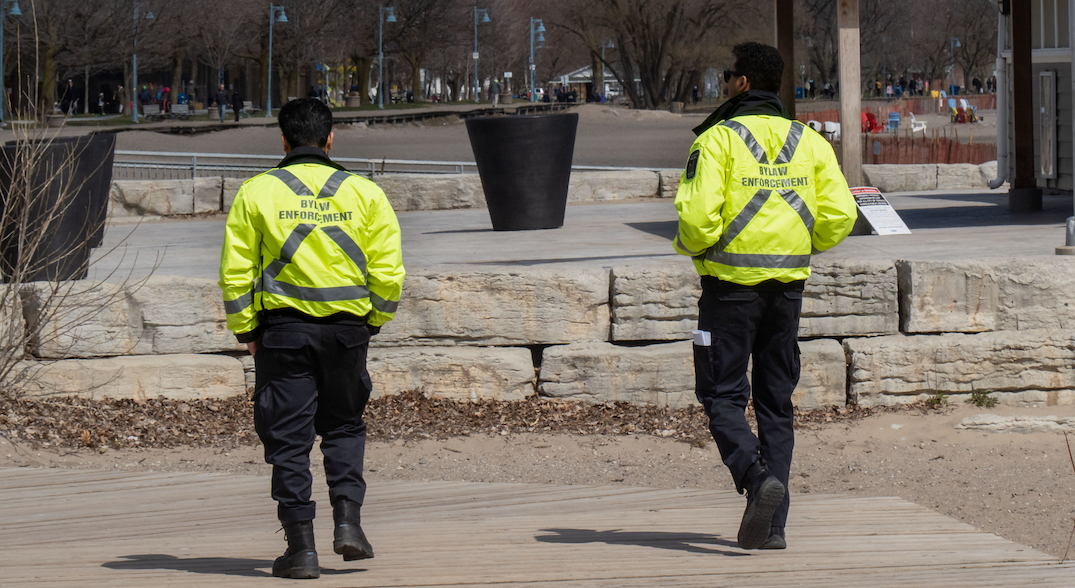 Toronto can now fine individuals up to $5,000 and corporations up to $25,000 a day for not following public health measures to curb COVID-19 infections.

On Monday, during a press conference Chief Matthew Pegg said that under section 22, which Toronto’s Medical Officer of Health Dr. Eileen de Villa invoked under the Health Protections and Promotions Act, these fines can now be given.

Typically, Toronto Public Health inspectors would enforce it, but now both Toronto bylaw officers and Toronto police have delegated the authority to enforce these additional orders.

According to Pegg, over the weekend in the entertainment district, of the 80 restaurants inspected in the area, 71 were in compliance, and five charges were laid for non-compliant indoor dining. There were also four additional warnings given.

There were also 31 tickets and 13 cautions for illegal activity on beaches. Pegg said that officers extinguished 30 illegal bonfires, including three left unattended.

And 25 complaints were made on private gatherings. Pegg noted there was a large birthday party in the Kipling and Bloor area, where 100 people were in attendance.

“It was shut down, and charges under the Reopening Under Ontario Act were made for the organizers,” Pegg said.

However, he noted that the “vast majority” of restaurants, bars, and food establishments have been in compliance. From June 20 and November 10, of the 4,104 establishments inspected, 376 or 9% were non-compliant.

“Alternatively, you could say 91% were determined to be in compliance.”

Toronto moved into the red zone on November 14 but has additional restrictions imposed by the city’s top doctor, Eileen de Villa, under section 22 of the Health Protections and Promotions Act.

They include closing indoor dining, fitness classes,  cinemas and reducing gatherings to just immediate households with one or two essential supports.