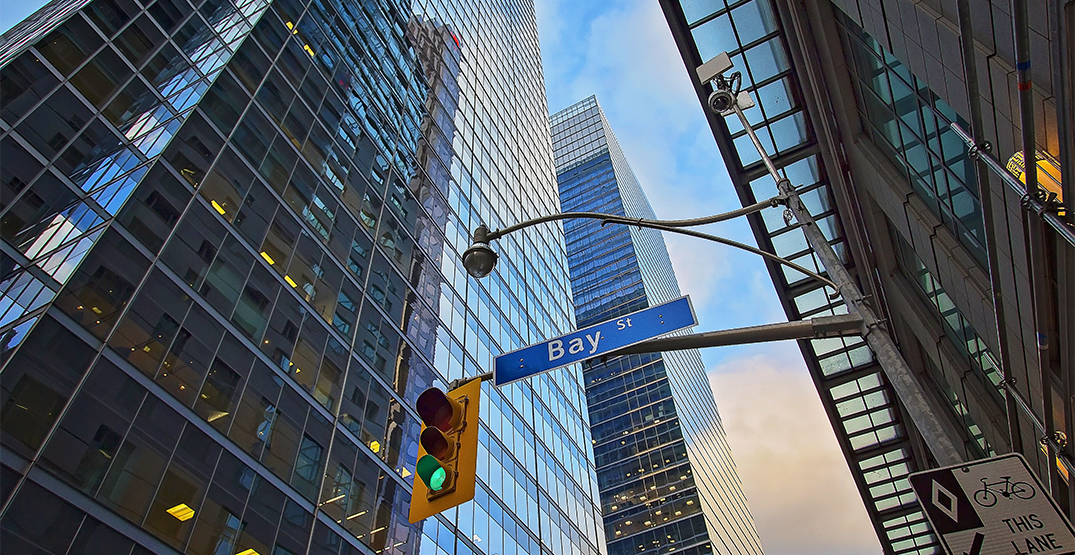 Toronto’s finance sector has been ranked the second-largest in North America behind only New York, and it’s growing faster than the Big Apple.

According to a new report from the Conference Board of Canada, Toronto’s finance and insurance workforce is growing faster than any other city on the continent.

The sector includes people who work at banks, insurance, asset management, and the stock exchange, among other fields. According to the report, it’s spawned more jobs in the last decade than any other field of work in Canada.

Toronto was also ranked the eighth-largest financial centre in the world, placing higher than Shanghai and Frankfurt. It slipped a place from last year, when it was ranked the seventh-largest in the world. 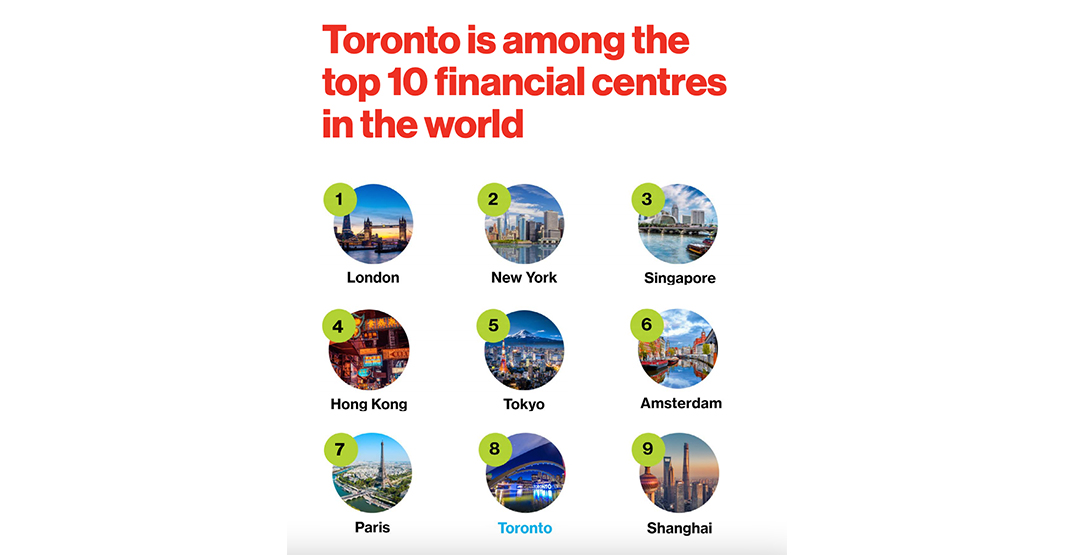 Vancouver and Calgary, two other Canadian financial sectors, were also mentioned in the report, but Toronto was the only one to enter the world’s top 10. 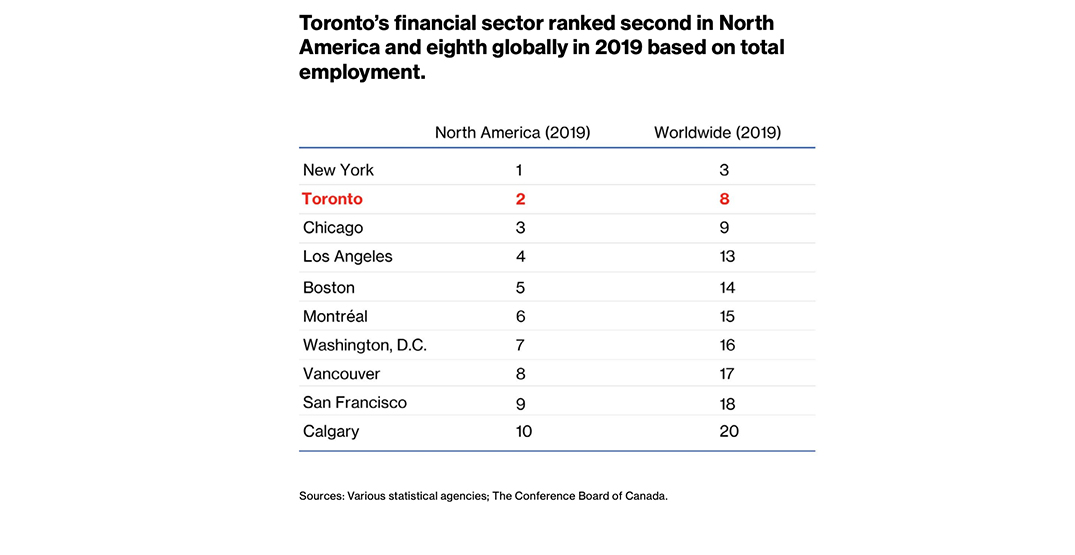 The report praised Toronto’s finance workforce for being diverse and having a large proportion of women compared to other cities. In 2020, 55% of the finance workforce identified as female. Additionally, the report found 23% of finance executives are women.