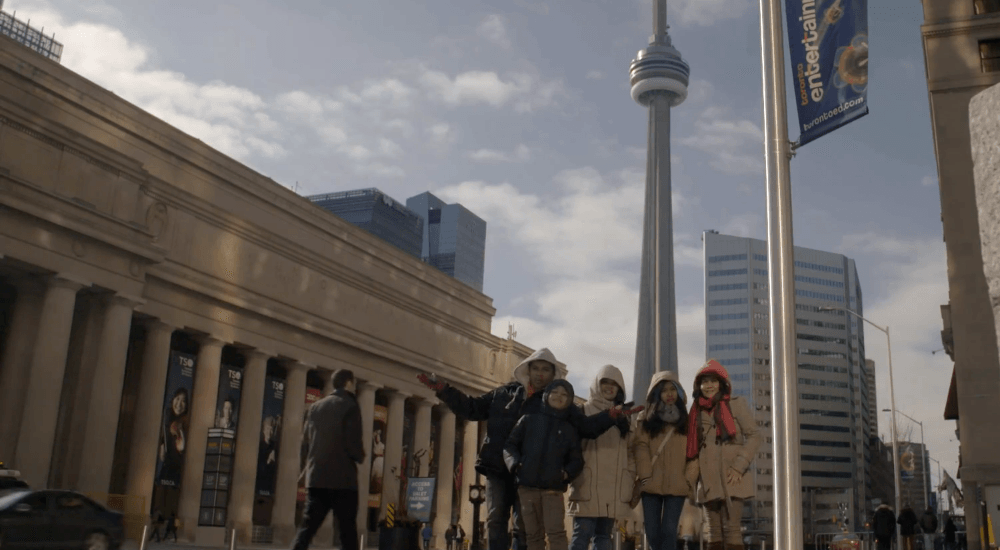 Toronto filmmaker Diana Dai has made a documentary about the first 150 days in the life of a family newly immigrated to Canada.

150 days might seem like an odd number, but not when you remember it’s the 150 year anniversary of Canada’s confederation.

Melona Banico left her family in the Phillippines to set up a new life in Canada over a decade ago. Finally, she is in a stable enough place to sponsor her family’s move to Toronto permanently.

My First 150 Days depicts the highs and lows of Melona’s reunion with her two daughters and her son, their trouble assimilating, and their ultimate success in Canada over the course of their first five months.

It is at once enlightening, heartbreaking, and inspiring.