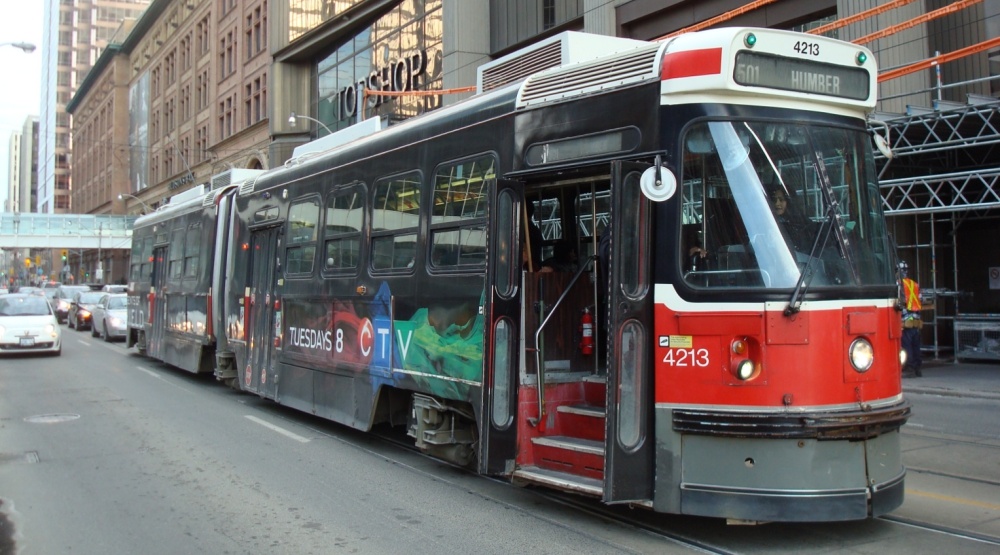 According to a new special report from Deutsche Bank, Toronto is the 10th most expensive city in the world to have to commute to in if you’re relying on public transportation.

The 6th annual report “is a compilation of prices from various countries and cities around the world,” that analyzes and compares the cost of living in major cities.

But where Toronto comes up highest on the cost scale has to do with our commuting. In the ‘Monthly ticket public transport’ category, Toronto was found to be the 10th most expensive city in the world with an average cost of 102.7 (USD) per month, which is actually down from 115.7 (USD) in 2014.

That means the average person in Toronto relying on public transit to get around is paying more than people in Chicago, Berlin, Paris, and many other expensive world-class cities.

Of course, anyone who rides the TTC is probably already aware of how expensive it is. And hey, if it looked like this, maybe we wouldn’t actually mind.

Top 20 most expensive cities to commute to work in 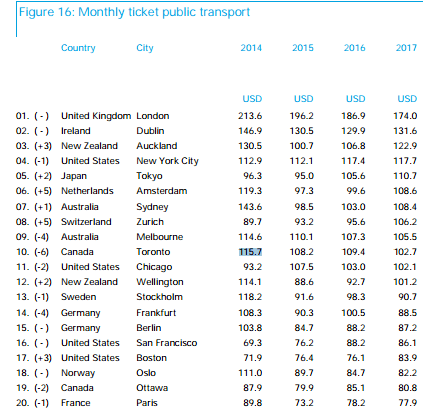