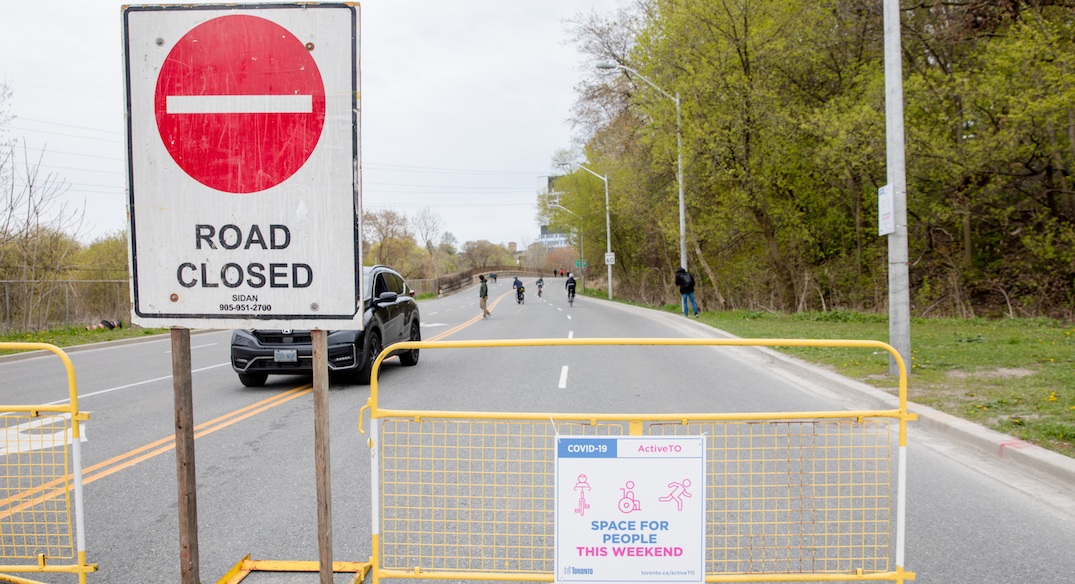 The goal of the program is to provide more outdoor space for residents to safely distance while remaining active outside.

The program also expanded to include Yonge Street for two Sundays in September.

During a press conference on Wednesday morning, Tory said he hopes the program can be expanded as the weather warms up.

“I think if anything my objective would be to scale it up. By saying that, I’m talking about what I’ve asked of the staff, which is that they look at opportunities to have an ActiveTO corridor, if I can call it that, in other parts of the city,” Tory said.

“We had it downtown last year. It was a huge success and it drew people from all over the city, and so there’s no reason why we can’t at least look at a place we can do it in East York, North York, and Scarborough if the local people want it,” he added.

City staff are expected to release more information in the coming weeks.