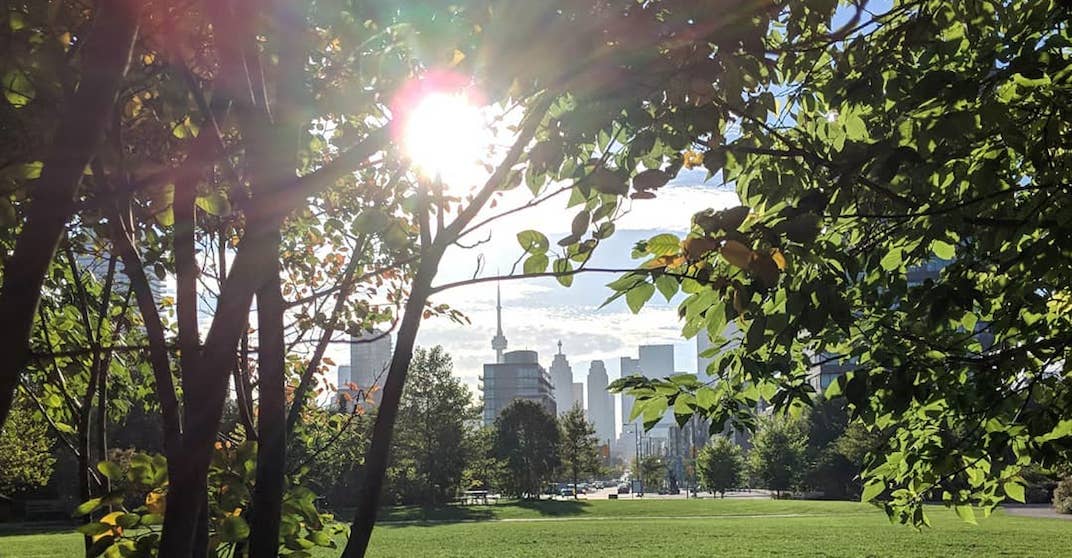 It’s Saturday, Toronto. That means it’s time to get out there and live your best life. The final days of summer are ticking by quickly, so rain or shine, make sure you fill them with enjoyable activities.

We’ve rounded up some of the awesome events happening in the city today, September 14.

What: Forever Young is a one-of-a-kind opportunity geared towards young professionals to enjoy an evening of Toronto’s best culinary delights, all under one roof at the chic Assembly Chef’s Hall. Anticipate eats from Cherry Street BBQ, Love Chix, Mira Mira, The Good Son, Colibri, Resto Boemi, and more.

You officially have one more reason to visit The Bentway before summer ends. Since September 10, The Bentway has been transformed into an open-air planetarium, complete with a massive glowing moon that will light up below the Gardiner Expressway.

What: The popular Danforth East Arts Fair is back for its 11th year, once again bringing together an eclectic mix of local Toronto artisans to showcase their work to the community. The family-friendly and free event will be held at East Lynn Park, rain or shine, and feature over a dozen new artist exhibitors.

What: Come see the planets as you’ve never seen them before. Attend the second annual Planet Gazing Party with telescopes, prizes, stars and planets. Take in views of Jupiter, Saturn, and their moons. Come see mountains and craters on our own Moon in spectacular detail. There will also be astronomers and telescope enthusiasts to answer any space-related questions that may come up.

When: Saturday, September 14
Time: 7:30 pm to 10:30 pm
Where: Back Campus Fields, University of Toronto
Admission: Free

What: It’s a festival of zine culture and independent arts. With over 500 zines, comics, small press books and works of indie print culture on display and for sale. Join fellow zinesters, artists, and supporters at the first stop of Canada’s biggest zine festival. There are tons of cool events planned, announcing the BP Zine Awards winners, and overall fun.

What: Oktoberfest at the park will include authentic German-themed food and beverage specials, traditional festival bands, and daily activities. Dust off your stein and join the party for two fun-filled weekends of German tradition.

What: Let’s face it, medals are for chumps, what you really want is beer. Toronto’s beer-iest 5K fun run is back. Lace up for an easy (or hard) 5 km run through Ontario Place, then cross the finish line into the heart of the Craft Beer & Food Festival where you’ll be bestowed with your own custom beer stein.

When: On now until September 15
Where: Various venues throughout the city
Price: Some events are free, while many are ticketed

When: On now until September 22
Time: Varies by location
Where: Participating breweries, bars, and restaurants in Toronto
Price: Pay for what you order

What: Now in its third year, the Kensington Market Jazz Festival is returning this weekend to bring hours of exciting performances and artists to one of the city’s most vibrant and iconic neighbourhoods. The colossal line up brings local names and touring groups together for three days of back to back shows.

When: On now till September 15
Time: Shows begin at 7 pm on Friday
Where: Various venues throughout the neighbourhood, details online
Admission: Varies per show, cash only, payable at the door

What: Discover Ukrainian culture in Canada and share the nation’s spirit at North America’s largest Ukrainian Street Festival. This is your opportunity to experience Ukrainian culture and hospitality at its best. Enjoy non-stop entertainment with performers from the Greater Toronto Area, Canada, USA and Ukraine, including dancers, vocalists, musicians and a special youth segment.

When: On now till September 15
Where: Bloor West Village, Bloor Street West and Jane Street
Admission: Free to attend