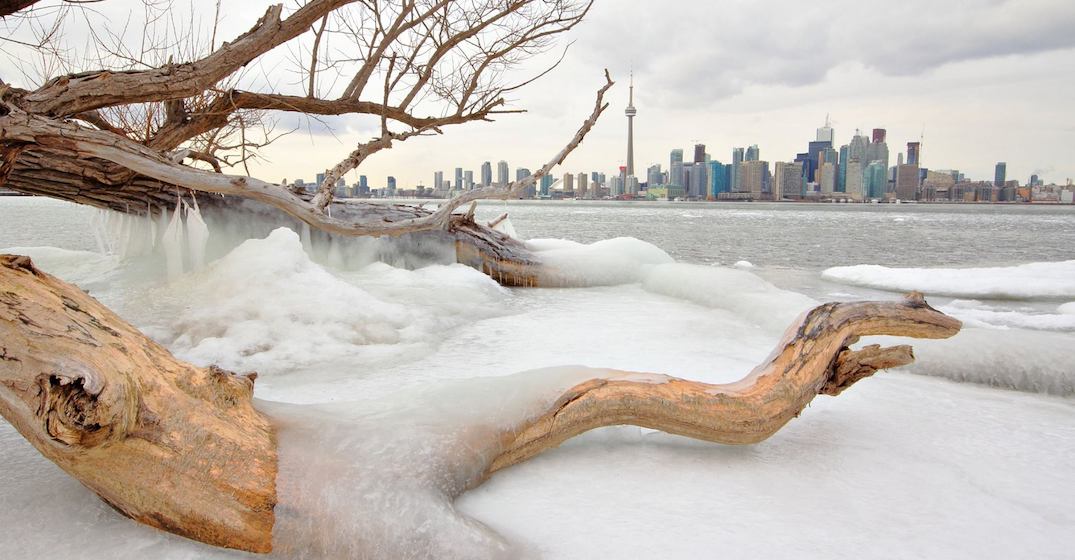 Welcome to the first weekend of 2018.

You can stay warm by checking out all of the exciting events and activities happening in the city.

From DJ skate parties and concerts to the 16th annual No Pants Subway Ride, here are your top Toronto events from January 5 to 7.

What: Now in its 27th year, 12 Trees is a beloved holiday tradition in Toronto that features unique installations from Canada’s leading designers and artists where they will have the chance to re-imagine the traditional Christmas tree. Remember, this is the final weekend to check out this year’s exhibit, so head to the Gardiner Museum ASAP!

What: Calling all Toronto foodies!  Come and taste your way through Toronto’s most unique and eclectic neighbourhood on a culinary excursion in Kensington Market. As you stroll, you will learn about the history and heritage of the market, meet local shopkeepers and chefs, and indulge in a variety of delicious foods and drinks.

What: Start the new year off right by checking out some incredible live music at Toronto’s historic Gladstone Hotel as part of Long Winter, a monthly arts and music showcase. All of the traditional Long Winter policies will be in place: pay what you can at the door, all ages, all fun, and all access.

What: This Friday is the final night to see Miracle on Mercer Street, The Second City’s adorable puppet troupe and their funny human friends as they tell the story of a 13-year-old girl who spends the winter holiday visiting her grandmother in the town of Hollydale. But the town is being torn apart as the residents clash over their different traditions, and a dastardly mayor’s plan to chop down the town’s oldest tree!

When: January 5
Where: The Second City, 51 Mercer Street

What: Toronto’s premiere concert series Uncrwnd returns this weekend and is taking over the Rivoli stage. You can expect an action-packed night, with performances from Cardo Antonnio, Don Papi, Haviah Mighty, Jalen Santoy, Jerelle, JETSET, Kyle Wildfern, Tahir, and Uptown Boyband. Tickets are available through the Jukebox app.

What: Spend your Friday night rocking out to one of the greatest rock bands of our generation, The Killers. Relive the glory days of your youth as you sing along to the band’s hit tracks Mr. Brightside, Somebody Told Me, and  When We Were Young.

What: Whether you’re looking to clear up some space in your closet or find some new one-of-a-kind treasures, the Really Really Free Market is the place to be. Everything is free, no money is required, and there’s no swapping involved. Remember, if you bring items to share, you must bring them before 3 pm and please make sure they are in clean and working condition.

What: This Saturday, the highly anticipated Bentway Skate Trail located under the Gardiner Expressway will officially open to the public and will host a series of special family-friendly events all weekend long.

What:  Come and experience this epic performance showcasing the best music from the silver screen from China to Hollywood. This live performance will be put on by the internationally renowned China Broadcasting Film Orchestra and will feature timeless scores and soundtracks from both corners of the world that will be brought to life as films play on a massive LED screen in the backdrop.

What: Sharpen your skates and skills at Toronto’s number one outdoor winter party. This Saturday you can expect another stellar DJ lineup for Soul On Ice to heat up your Saturday night.

What: This weekend, you’ll have the opportunity to lace up your skates and hit the ice with Toronto’s very own Mayor John Tory as part of his annual Winter Skate Party. This family-friendly event have complimentary skate rentals and hot chocolate, and plenty of winter fun at the city’s newest outdoor skating trail.

What: This Sunday, the 16th annual No Pants Subway Ride will be taking place at various Toronto subway stations. Hosted by the No Pants Society, the risqué subway ride will be happening simultaneously in 50+ cities around the world with the hopes of bringing a smile to commuters’ faces.