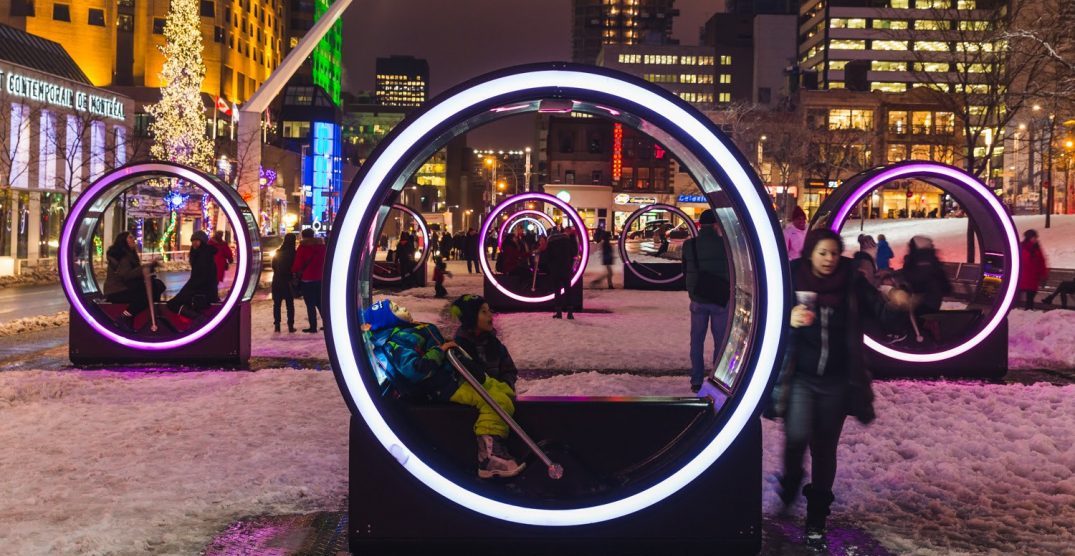 What wondrous whimsy was waiting on Wednesday? Let’s find out.

Head out to any one of these great events today and have some serious fun, Toronto.

What: This art installation is an interactive retro-futuristic machine powered by you. Visitors can hop on two at a time into one of the six illuminated cylinders and pump a lever to activate the lights and glowing images within the loop. It opens today.

Catherine the Great: In Praise of Catherine O’Hara

What: In case you didn’t know this already, Catherine O’Hara is a national treasure and comedic genius. TIFF is running a selection of her films. Tonight’s work is the always classic Beatlejuice, where she plays a monied artist and mother of the woefully forlorn Winona Ryder.

What: Good news everyone, Maneka are coming to Toronto all the way from Brooklyn. Come rock and dance to the sounds of their unique brand of post-punk music. The icons will be joined by local acts Bike Thiefs and JONCRO.

Rossini’s “The Barber of Seville”

What: Join opera scholar Wayne Gooding for a multimedia exploration of Rossini’s “The Barber of Seville,” the most-performed comedy in the opera repertoire. Returning to the Canadian Opera Company later this winter, this session explores how Rossini fused the traditions of French farce and Italian ‘Commedia dell’Arte’ to create potent musical high jinx.