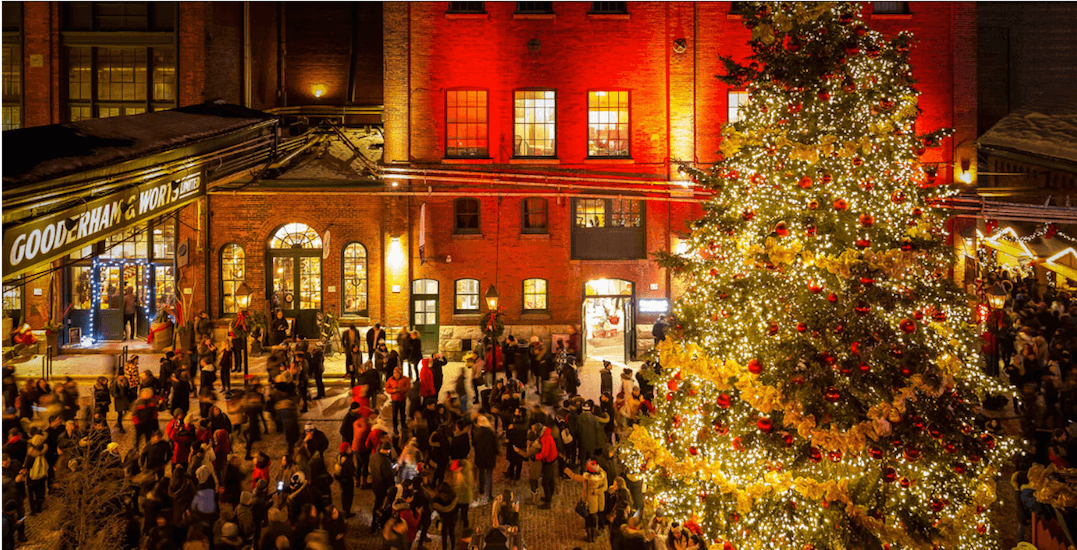 And if you’re looking to take a break from your relatives, you may want to check out some of these awesome events happening in and around the city.

From festive holiday markets (for those who still need to finish their Christmas shopping) to an epic quote-along Die Hard movie screening, here are your top events for Saturday, December 22.

What: Today is the final day to check out the Toronto Christmas Market this season! The always crowd-filled and equally as photo-worthy Christmas Market will offer boozy holiday cocktails, comforting food stations, no shortage of shopping and a few rides. If you haven’t checked out the market yet this year, now is your final chance!

When: December 23
Where: Nathan Phillips Square

What: Tonight is your final chance to embark on this magical holiday journey as you take a ride on the Polar Express. Operated by the Waterloo Central Railway, passengers will be whisked away to the sounds of the beloved film’s motion soundtrack, enjoy freshly prepared hot cocoa and holiday treats and they will also receive a very special visit from Santa, and each child will be given their first gift of Christmas – a silver sleigh bell.

What: Come and get into the holiday spirit with a special qquote-alongscreening of the everso popular holiday flick Die Hard. Yippee ki yaa…..

What: Dipped Donuts pops up in the brewery pre-Christmas for an afternoon of delicious donut creations. Best part? Admission is free!

What: Sharpen your skates and skills at Toronto’s number one outdoor winter party. Come and celebrate our city in all its winter glory as 1 LOVE T.O. spins funk, hip-hop, R&B and house. With DJ DLUX and host, Mr. 1LOVETO himself, Tyrone ‘T-rex’ Edwards.