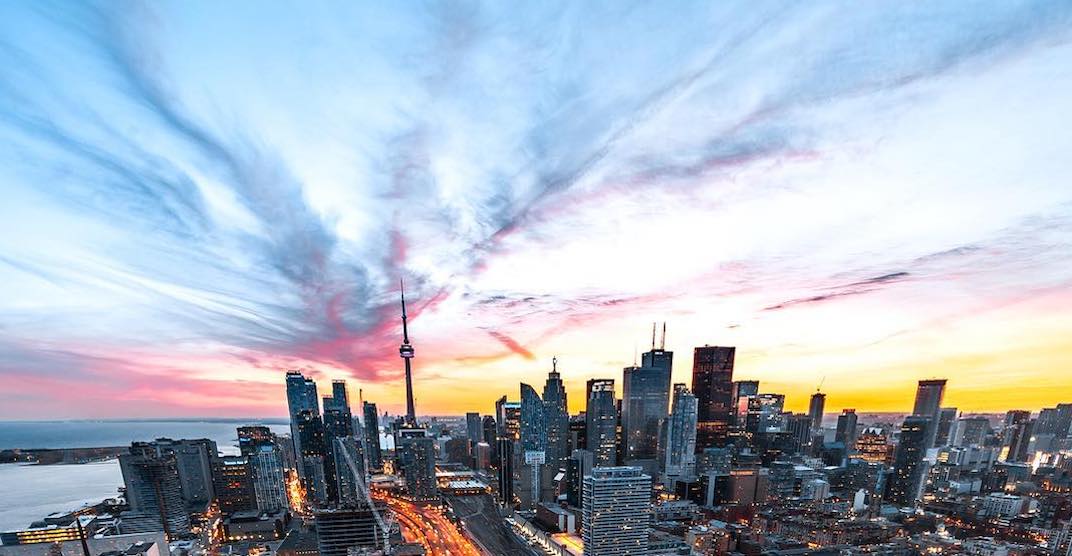 Don’t let the Monday blues get you down today.

Head outside and check out all the awesome events happening throughout the city instead.

From the massive Raptors celebration parade and party to a free night at the ROM, here are the top events this Monday.

What: The 13th annual Luminato Festival is on in the city this week. The multi-arts and multi-platform event will take over the city for 17 days of free and ticketed programming. From a larger-than-life mirrored maze and provocative new work by one of Canada’s most renowned puppet masters to a massive choral event along Toronto’s waterfront and the North American premiere of a reimagined dance classic, Luminato will host over 165 Canadian and international artists.

What: The open-air market situated on the doorstep of Toronto’s Union Station will be returning to the city this week. The outdoor marketplace promises to “showcase the best of Toronto’s eclectic culture, talent and spirit with a curated mix of local food vendors and entertainment.”

What: The Toronto Raptors just won their first-ever NBA championship. And to celebrate Thursday night’s victory over defending champs the Golden State Warriors, the City of Toronto will be hosting a downtown parade and fan rally at Nathan Phillips Square on Monday.

When: June 17
Time: 10 am to 1:30 pm
Where: The parade will depart from the Princes’ Gates, located at 11 Princes’ Boulevard, before proceeding east on Lakeshore Boulevard to York Street, north on York Street and north on University Avenue before entering Nathan Phillips Square via Queen Street

What: It’s almost time to get your stretch on. Because Yoga in the Square is officially returning to Yonge-Dundas square this week. The popular downtown Toronto hub is teaming up with lululemon for the second year in a row to bring the city free, weekly community yoga sessions.

When: Mondays between June 10 and September 2 (except July 1)
Time: 12 pm to 1 pm
Where: Yonge-Dundas Square
Price: Free to participate

What: On 3rd Monday Nights Free, ROM guests will be able to explore the museum’s galleries and collections, free of charge. With complimentary access and extended hours, visitors are invited to explore art, culture, and nature in the museum’s 40 permanent galleries.