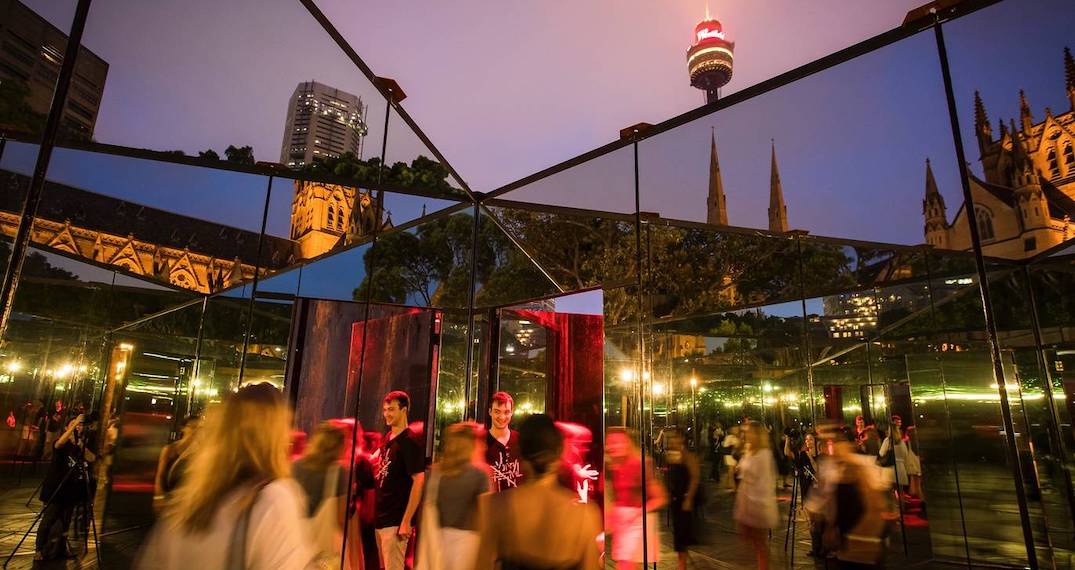 The 13th annual Luminato Festival returns to Toronto this June.

From June 7 to 23, the multi-arts and multi-platform event will take over the city for 17 days of free and ticketed programming.

Expect the city to light up with bold, high-energy, ambitious work from Canada and around the world at this year’s festival.

From a larger-than-life mirrored maze and provocative new work by one of Canada’s most renowned puppet masters to a massive choral event along Toronto’s waterfront and the North American premiere of a reimagined dance classic, Luminato will host over 165 Canadian and international artists.

The event will include 88 performances in 14 venues across the city.

In case you’re not sure what to check out during this year’s festival, we’ve rounded up 10 events to have on your radar.

The Full Light of Day

Part theatre, part film, The Full Light of Day tells the story of an ageing matriarch of a wealthy Canadian family who must contend with her family’s corrupt legacy before she dies. From award-winning artists Daniel Brooks and Kim Collier, The Full Light of Day pushes boundaries of the use of media in theatre – a live film adaption, live cameras, projected imagery and video create an integrated scenography and a stunning visual experience. (June 7-13 at the Bluma Appel Theatre)

Making its North American debut this summer at Luminato, House of Mirrors is a giant, 12 feet-tall outdoor installation by Australian artists Christian Wagstaff and Keith Courtney. House of Mirrors is an optical adventure for all ages where reflections are fragmented – nothing is what it seems as you stumble around thousands of bewildering reflections. (June 7-23 at the Harbourfront Centre, East Campus)

Famed Canadian puppet master Ronnie Burkett is returning to Luminato with the world premiere of his latest masterpiece Forget Me Not. The interactive show will feature 100 one-of-a-kind handmade puppets with opportunities for audience participation. (June 5-23 at the Joey & Toby Tanenbaum Opera Centre)

Featuring some of the most exciting musicians BIZIINDAN! celebrates the power of music, the reclamation of language, and Indigenous global revolutions past, present and future. (June 14 at Koerner Hall)

Lose yourself in the breathtaking movements of the Colombian dance company, Compañía del Cuerpo de Indias as they sweep you away into a serendipitous homage to the spirits of Leonard Cohen and Kazuo Ohno. (June 19- 22 at Bluma Appel Theatre)

In this forum, activists and educators reflect on LGBTQ+ activism through art and ask what role art plays in the future of LGBTQ+ expression. (June 21 at Harbourfront Centre, Studio Theatre)

A forest fire rages as a group of animals escape to the safety of The Cave. An apocalyptic cabaret in response to our terrifying environment, created by John Millard, Tomson Highway and Martha Ross. (June 18- 23 at Tank House Theatre.)

Obeah Opera is a hand-clapping, foot-stomping, spirit-lifting, musical sensation. Steeped in Black music and sung entirely a cappella by a powerful all-female cast, Obeah Opera tells the story of the legendary Salem witch trials from the spellbinding perspective of the first woman accused, the young Caribbean slave Tituba. (June 13- 22 at Fleck Dance Theatre)