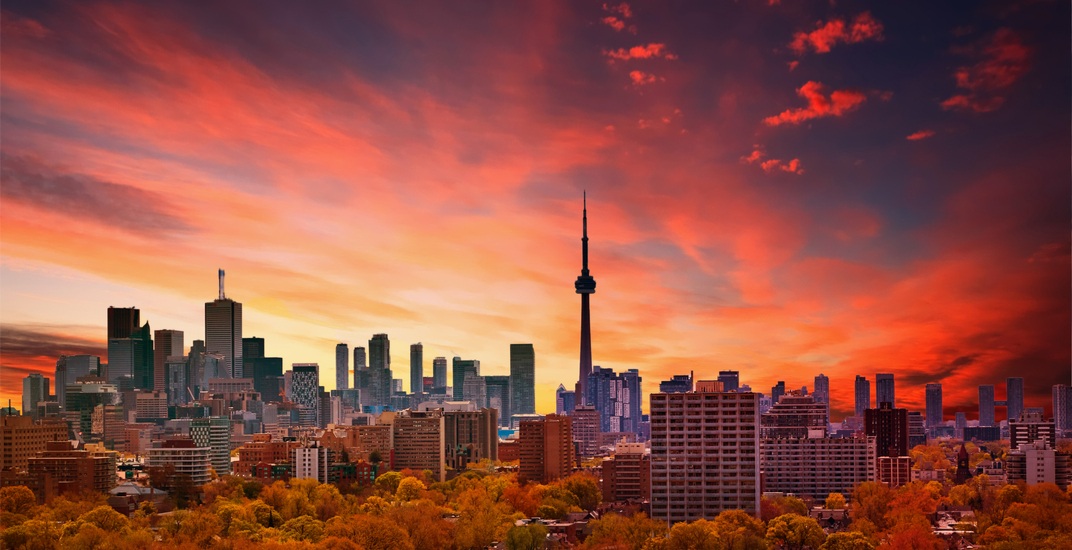 Even though we’re about to enter the final weeks of summer, there are plenty of things to do over the next 31 days.

From amazing summer music festivals to mouth-watering foodie events, here are the best events taking place this month so you won’t have any trouble staying entertained.

What: For another exciting weekend, Caribana will be taking over the entire city. Don’t forget to check out the massive parade, parties, concerts and Caribean events taking place throughout the city. Tickets for events can be purchased from the Caribana website.

Where: Various venues
When: August 3 to 7

What: Canada’s largest curated performance festival of theatre, dance, music and live art is back, and runs for 10 days along Queen Street West.

What: Following the release of their highly-anticipated third album Crack-Up, the Fleet Foxes are back in Toronto to share their trademark sparkling harmonies for two evenings.

What: If you didn’t get enough of your electronic music fill at Dreams Festival, you can make up for it in your costume-clad glory at Veld Music Festival. Headliners include Major Lazer, Future, Tiesto, and Zedd.

What: Toronto is the centre of the tennis world as the Rogers Cup returns for another exciting year.

What: This West Indian snack battle will pit Doubles against Patties. The Caribana launch party hosted by Black Foodie will feature complimentary doubles and patties from Nyam Catering, alongside a vegan-friendly summer menu from Chef Joe Friday. BYO tamarind sauce.

What: Toronto rapper Drake’s OVO Fest is back this summer and features the man himself as well as Partynextdoor, DVSN, Majid Jordan and Roy Woods.

Mariposa Live on the Lake

What: Mariposa Cruises’ is hosting a summer showcase, Live on the Lake Cruise Nights, which is a 2.5-hour live music cruise on Lake Ontario at sunset. The showcase will feature a different local act on select Tuesday evenings, from cover bands to modern blues, a full bar, mouth-watering menu of appetizers and spectacular views of the Toronto city skyline – the perfect date-night idea for those who’d like to try something new!

What: If you haven’t had the chance to catch an outdoor summer concert at Toronto’s Budweiser Stage, we highly recommend catching the Kings of Leon and their guests Nathaniel Rateliff and the Night Sweats this month.

What: Dust off your cowboy boots and get ready to experience Canada’s biggest country music festival. This year’s headliners include Keith Urban, Luke Bryan, and Brantley Gilbert.

What: Come and experience a weekend filled with arts, crafts, cultural entertainment, and plenty of jerk-style food.

Where: Centennial Park, at the base of Ski Hills, Etobicoke
When: August 10 to 13

What: Toronto’s St. Lawrence Market will be hosting a Dinner Under the Stars this month that will feature two continuous tables running the length of Front Street between Scott and Church) where 250 guests will dine on oysters and whisky, passed canapes and courses of beef tartare, salad, and cured salmon, prime rib, and mini desserts, complete with wine pairings. Tickets are $200, funds raised will be directed to FOODSHARE Toronto.

What: Toronto’s very own Shawn Mendes will be rocking the ACC this month with two back-to-back shows as part of his Illuminate world tour.

What: Hosted by Toronto’s beloved Steam Whistle Brewing, the Roundhouse Craft Beer Festival samples the province’s finest brews with the accompaniment of some of the city’s best food trucks.

What: The Spanish beer brand sponsors this tapas crawl across Toronto featuring three dozen participating restaurants who will each offer three different types of tapas and a beer for $20.

Where: Front Street East at Market Street
When: August 11 to 20

What: The Sweetery Toronto is Canada’s largest sweets festival, bringing everything sweet together for its third year.

Where: David Pecaut Square, King Street between Simcoe and John
When: August 12 to 13

What: Chefs Ted Corrado, Alexandra Feswick, Jamie Kennedy, and Ned Bell prepare dishes inspired by an ingredient or flavour of Canada at this evening at the Museum. In addition to a culinary sampling from coast to coast, look forward to Canadian beverages, live entertainment and access to the ROM’s special exhibitions.

What: Enjoy the magic of a midsummer night as you watch A Midsummer Night’s Dream between the trees in Withrow Park. Tickets are Pay-What-You-Can and all are welcome, even your four-legged friends!

Where: Withrow Park, between Chester and Pape Street
When: August 15 to September 3

What: Every summer in cities around the world, thousands of people dressed entirely in white descend on a landmark public space with everything they need for an elegant soirée in tow, including folding table and chairs, gourmet picnic food, fine china, silverware, and tablecloth.

Where: Location announced the night of event
When: August 16, 6 pm to 11 pm

What: Celebrating five years, African Fashion Week is five days with a show on each taking place at the ROM. It’s a wonderful celebration of culture, diversity, and a spring board for up and coming designers in the city.

What: The Big Feastival is a massive summer festival that began in 2011 on a farm in Kingham, UK. And now, the festivities are crossing the pond to Burl’s Creek. The Feastival promises to bring its unique blend of live music, incredible food, and all around family entertainment, giving Canadians a chance to join in on the fun.

What: No summer is complete without a visit to the EX! Get some food, and win some ridiculously large prizes.

Where: Canadian National Exhibition, 210 Princes’ Boulevard
When: August 18 to September 4

What: You definitely don’t have to be a vegan to enjoy the Toronto Vegan Food & Drink Festival! Here you’ll find lots of comfort food, craft bevies, music and more.

Coldplay Live at the Rogers Centre

What: Iconic British rock band Coldplay returns to Toronto this month in support of their seventh studio album A Head Full of Dreams.

What: Situated on Princes’ Boulevard just inside the historic Princes’ Gates, the Frenzy returns for another year of extreme carnival eats.

What: Beer, Bourbon & BBQ is Toronto’s newest late summer festival and it’s taking every tried and true summertime attraction and mashing them all together into one single event. This event promises all the BBQ and craft beer you could ever need, live country bands, line dancing lessons, bourbon tasting bars, axe throwing, BBQ cook-offs, and more.

What: Come and bid farewell to summer at this old fashion neighbourhood street party. Ticket are $20 and include three beer tokens and a beer mug.

What: Bruno Mars is taking his 24K Magic act on the road in this year with a massive, 85-date world tour. This month, Toronto fans can enjoy his incredible dance moves and soulfulfull voice for one night only.

What: Put on your Hawaiian shirt or grass skirt and join Mariposa Cruises for its annual Hawaiian Luau Dinner Cruise that will instantly transport guests to an island paradise. Guests can enjoy a harbourfront cruise featuring beautiful sunset views and the Toronto skyline lit up at night, a Luau inspired dinner buffet featuring modern takes on Hawaiian classics like pineapple chicken and coconut rice, hula dancing performances, and much more.