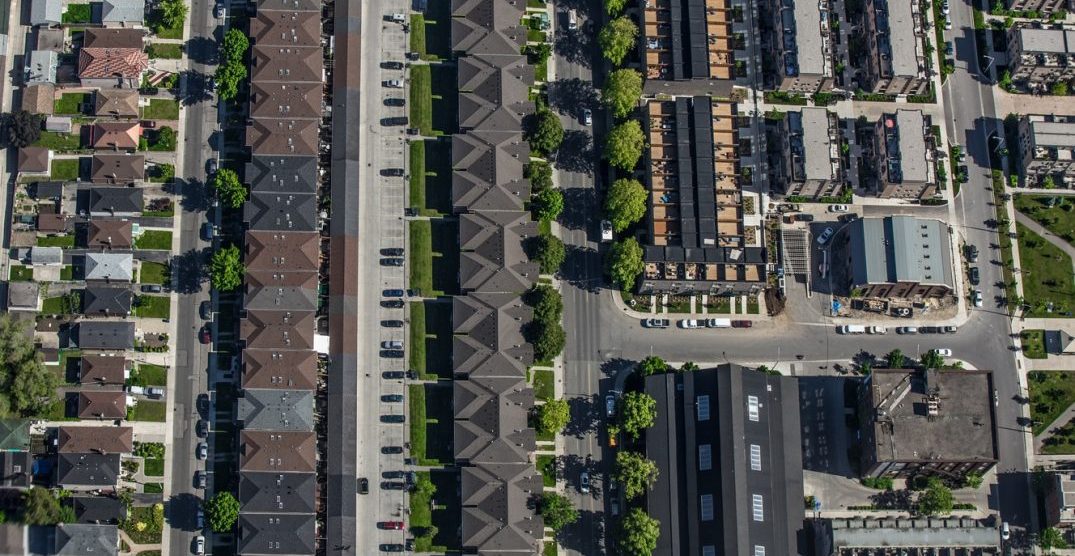 You can blame it on foreign buyers jacking up prices and unaffordability all you want, but Canada’s housing problems extend well beyond that.

Investor speculation and short-term rentals are the main culprits behind high vacancy rates in Canada’s largest cities. Whereas decreasing populations, combined with fluctuations in local economies are also contributing to the increase in the number of vacant homes across the country, according to a new report from Point2Homes.

In 2001, the Canadian government first started collecting data on occupied dwellings and 7.8% of all homes in the country were empty. And this number only continued to increase. In 2006, the vacancy rate had jumped to 8.4% and by 2016 it reached 8.7%.

Here in Toronto, there are now more than 66,000 empty houses, which is just slightly higher than Montreal at 64,000.

Canada’s second-largest city, Vancouver, has the highest share of empty dwellings as its 8.2% rate translates into about 25,000 vacant homes.

Whereas Calgary, Ottawa, and Edmonton, all have more than 20,000 vacant properties, according to the report.

To find these numbers, Point2Homes analyzed demographic and housing data for Canada’s 150 largest cities in the decade between 2006 and 2016 (the most recent available data).

The number of empty dwellings in Vancouver went up 9.6%, while the vacancy rate in Toronto actually decreased by 4.7% to 66,000. 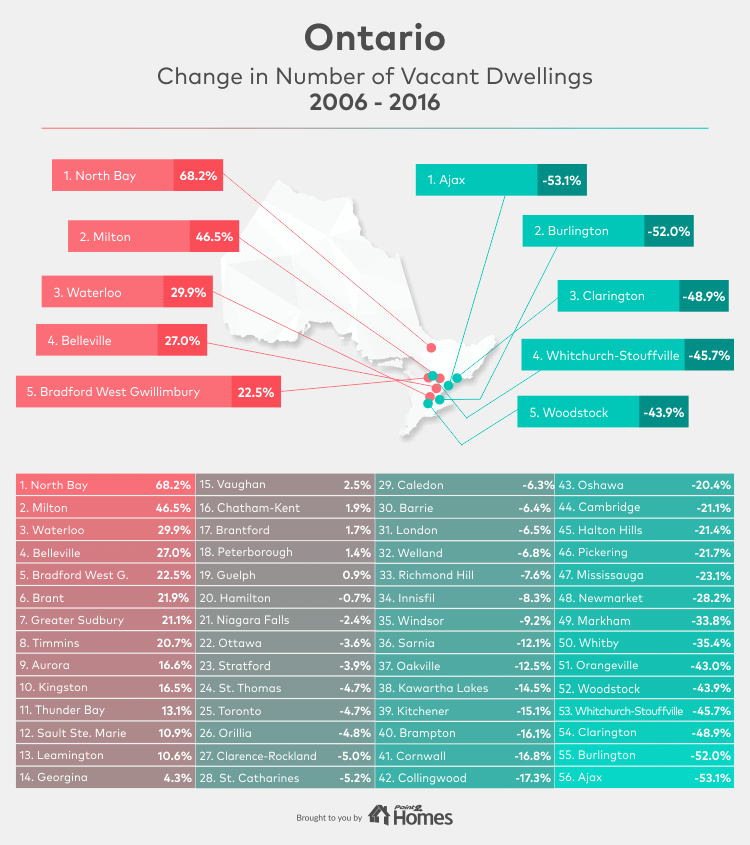