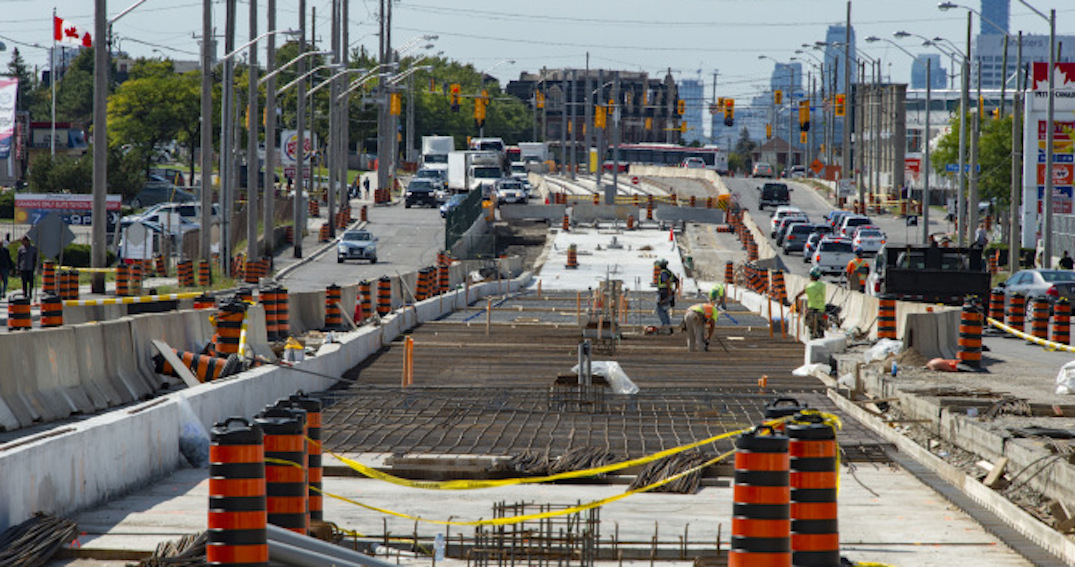 The City of Toronto will ask the province and Metrolinx to address the need for financial compensation for local businesses that have been impacted by the delays on the Eglinton Crosstown LRT project.

The meeting is a result of Ward 8 Councillor Mike Colle’s motion that Toronto City Council passed on Wednesday.

According to the Eglinton-Lawrence councillor, since the construction began in 2011, 140 small businesses have closed on Eglinton West due to the impact of “unprecedented levels of heavy construction,” which have resulted in road and sidewalk closures, and construction trailers obstructing store visibility.

The result has been, “millions of dollars in lost income and hundreds of job losses for small businesses,” the motion read.

The delayed construction has also caused an outcry from NDP party members, who want a plan in place to support the local businesses that are struggling without compensation.

“Local businesses need answers about why they’re being forced suffer through another delay that will hurt their bottom line,” said Jill Andrew, NDP MPP for Toronto-St.Paul. “Mom-and-pop shops shouldn’t be pushed to the brink and have to choose between taking on more debt and closing their doors.”

Eglinton Business Improvement Area (BIA), which has been a strong voice representing the residents and businesses regarding this issue, also shared their appreciation for the motion being passed.

On February 25, the Eglinton BIA sent a letter to the mayor and city council endorsing the motion stating their “remaining small businesses along the Eglinton Crosstown route will now experience an even greater length of disruption…the time is now for the Province of Ontario and Metrolinx to come to the table and provide compensation to local businesses.”

The motion, seconded by Councillor Josh Matlow, provided recommendations for the city to help sustain the Eglinton West neighborhood as the LRT construction deadline extends well into 2022.

Councillors asked Tory for an emergency meeting with Caroline Mulroney the Provincial Minister of Transportation and Donald Wright, the Metrolinx Board of Directors Chair.

The purpose of the meeting is to, “request that the Province of Ontario and Metrolinx immediately implement an Eglinton Avenue Small Business survival plan.”

However, Colle did mention that the second recommendation in his motion was overlooked by city council, saying the fast tracking of the western section of the line needs to be implemented.

Key part of Eglinton Crosstown Motion passed today is being overlooked.There needs to be a fast tracking of the western section from My.Dennis to Eglinton West.@YorkEglintonBIA @NorthYorkMirror @fightbacklibby @PostCity