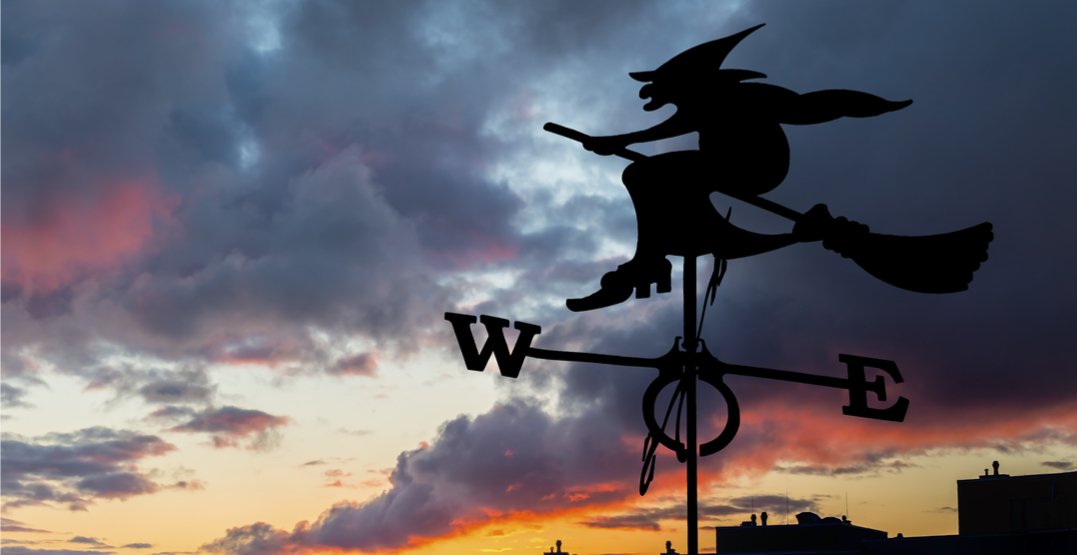 Now that Halloween is officially within reach, trick-or-treaters are adding the final touches to their costumes.

But regardless of what you plan on dressing up as this October 31, the weather will play a crucial role in your plans.

Here are the Halloween forecast predictions for some of Canada’s major cities. 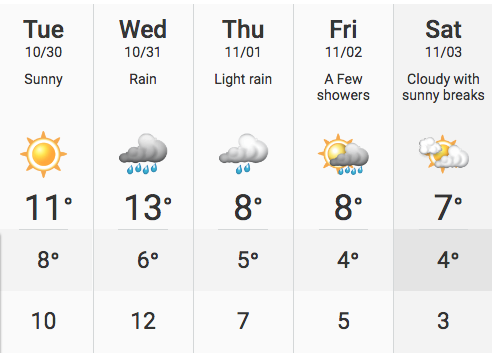 For those looking to get into the festive spirit this Halloween, you’ll be needing some capes and waterproof makeup. Wednesday in Toronto is forecasting rain, with a colder night at 6°C.

“Wednesday (Halloween) will be a milder day with much of the region reaching double digits in the south,” says Weather Network meteorologist Dr. Gillham. 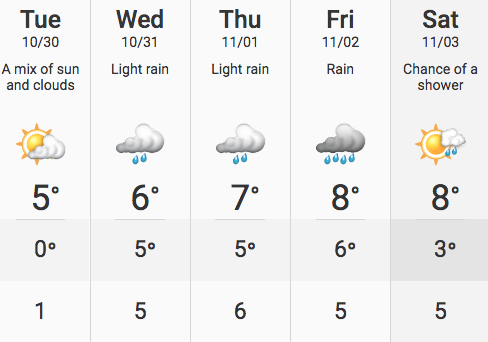 Dressing as Mary Poppins with an umbrella may be ideal for those dressing up in the day on Halloween, as light rain is expected in Montreal. By evening, temperatures will drop to 6°C at night, so make sure to dress accordingly.

“Across southern Quebec, the threat for scattered showers will end by midday while northern regions of the province could see light flurries. Temperatures will be near seasonal or a few degrees above seasonal across the south,” reads the annual forecast from Dr. Gillham. 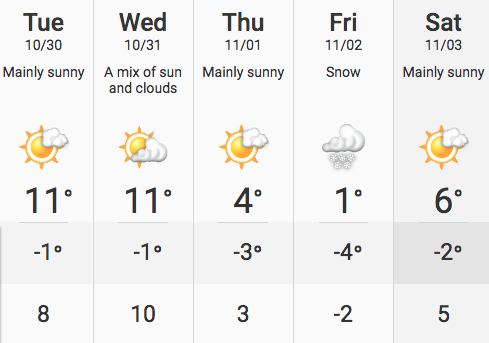 It looks like Calgary is going to see the biggest treat of all, as Calgary is the only city with sunshine in the forecast along with a high of 11°C expected for the afternoon of the 31st. However, you’re going to want to wear a warm costume and layers at night, as a low of -1°C  is forecasted.

“Any rain looks to be relatively light, but an umbrella might be needed across parts of the province Wednesday evening. Temperatures will be within a few degrees of seasonal,” says Dr. Gillham. 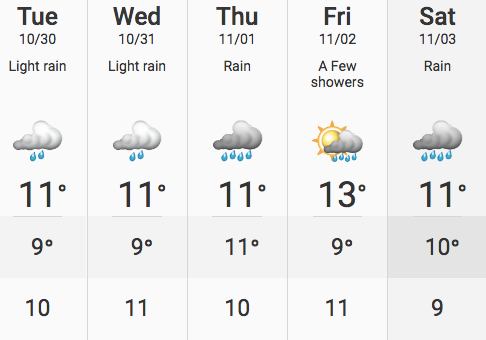 Vancouver is going to get a high of 11°C for Halloween day, which will drop only slightly to 9°C at night. And following the recent downpour in Vancouver, trick-or-treaters will be happy to know that The Weather Network has forecasted there will be under 5mm of rain on the 31st.

“Temperatures will be near seasonal for most of the province, but a few degrees above seasonal for the south coast,” says Dr. Gillham.

Besides checking the weather, trick-or-treaters should also take note of the sunset times to plan warmer costumes with reflective tape, or incorporating glow sticks to remain visible.