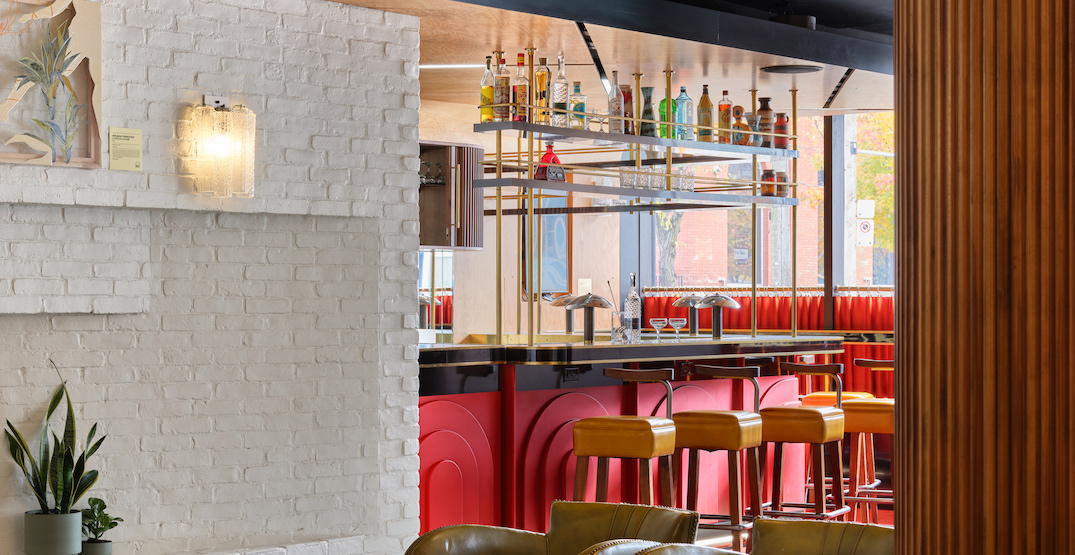 After many long years of planning and construction, The Drake Hotel’s new Modern Wing expansion is finally open for business.

The popular hotel on Queen Street West expanded its 19-room flagship into the building immediately east, adding a new lobby, 32 more hotel rooms, and a brand new bar. Although previously know for its historic building and classic feel, The Drake Hotel’s expansion has taken a more contemporary approach, embracing modern architecture and design. 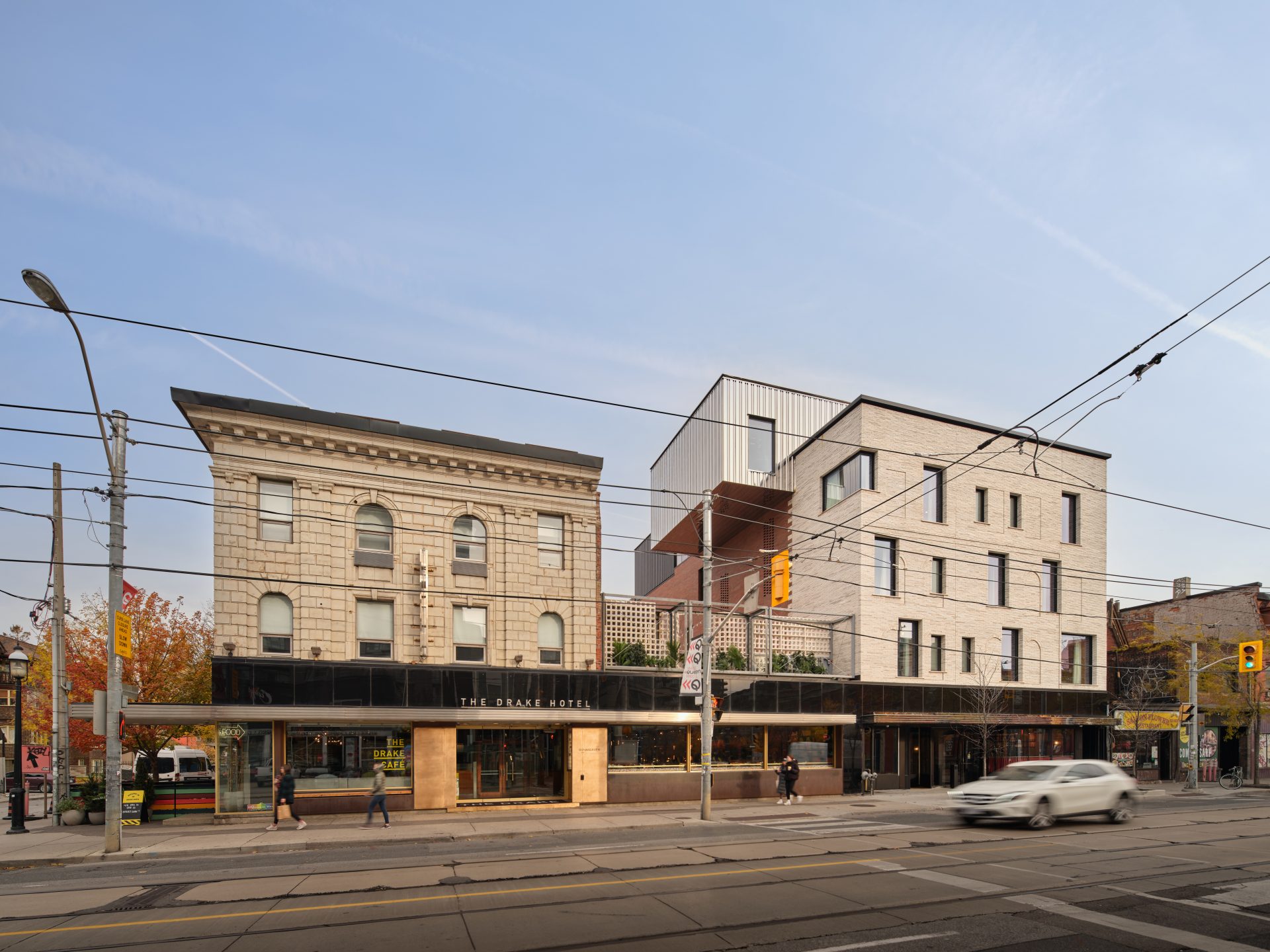 “It has always been our hope to create a neighbourhood hub rooted in our local community and to bridge art of the moment with intentional hospitality,” said Shaileen Shah, general manager of The Drake Hotel. “At its core, we want to ignite curiosity within both the modern traveller and our friends – and our new spaces are designed for exactly that. We are excited to, at long last, open the doors of the Modern Wing and we certainly aspire to continue our longstanding tradition of welcoming world-class hospitality.”

The ground floor of the five-storey Modern Wing contains a new lobby for the hotel with its 24-hour front desk and concierge services. But what’s even more exciting than that, is the new intimate lobby bar when you can sip handcrafted cocktails while looking out to Queen West. 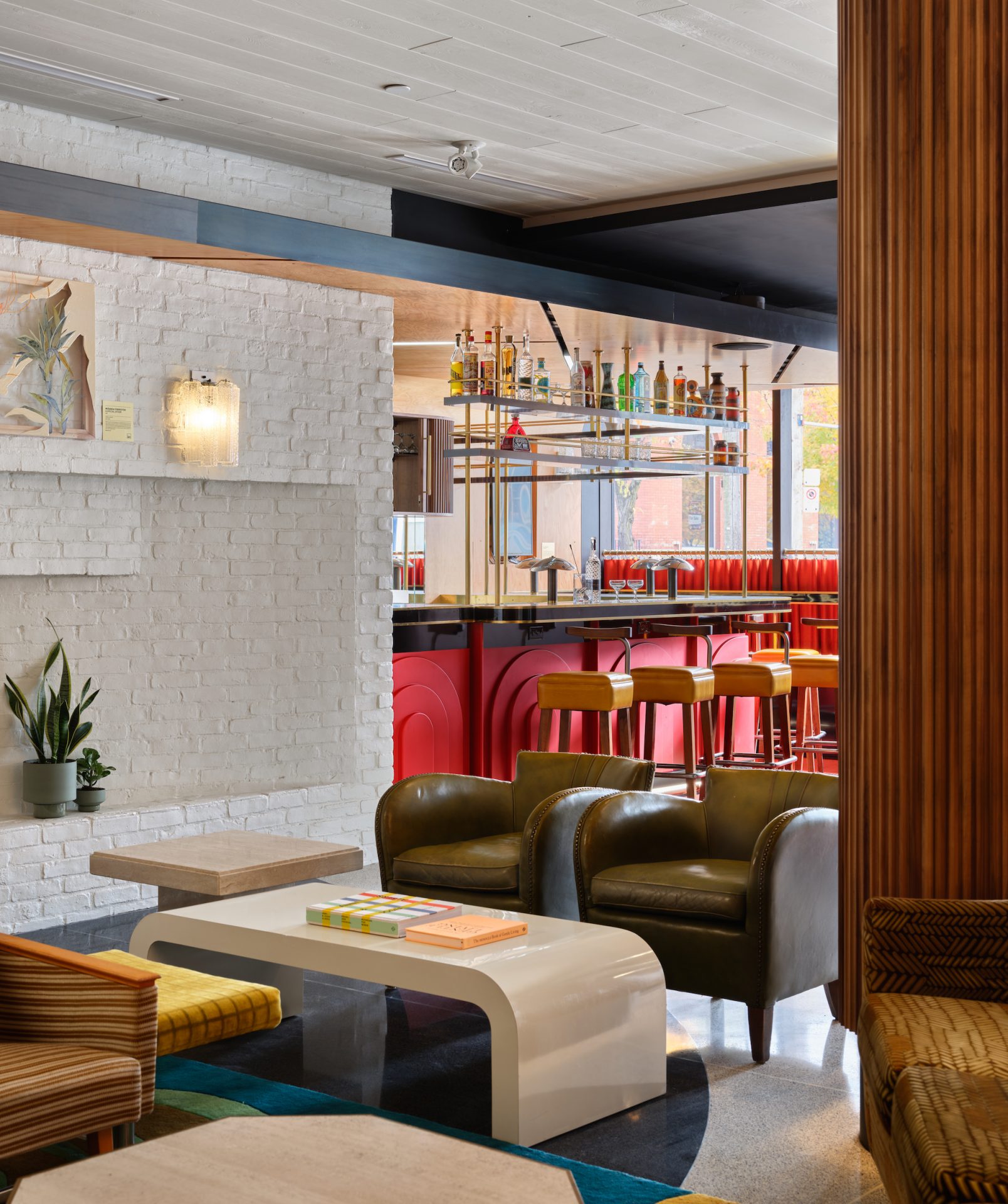 Both the lobby and the hotel rooms themselves feature plenty of modern art as well as brightly coloured modern furniture. And although all of the rooms are worth staying in, the Rooftop Terrace suit is particularly eye-catching. 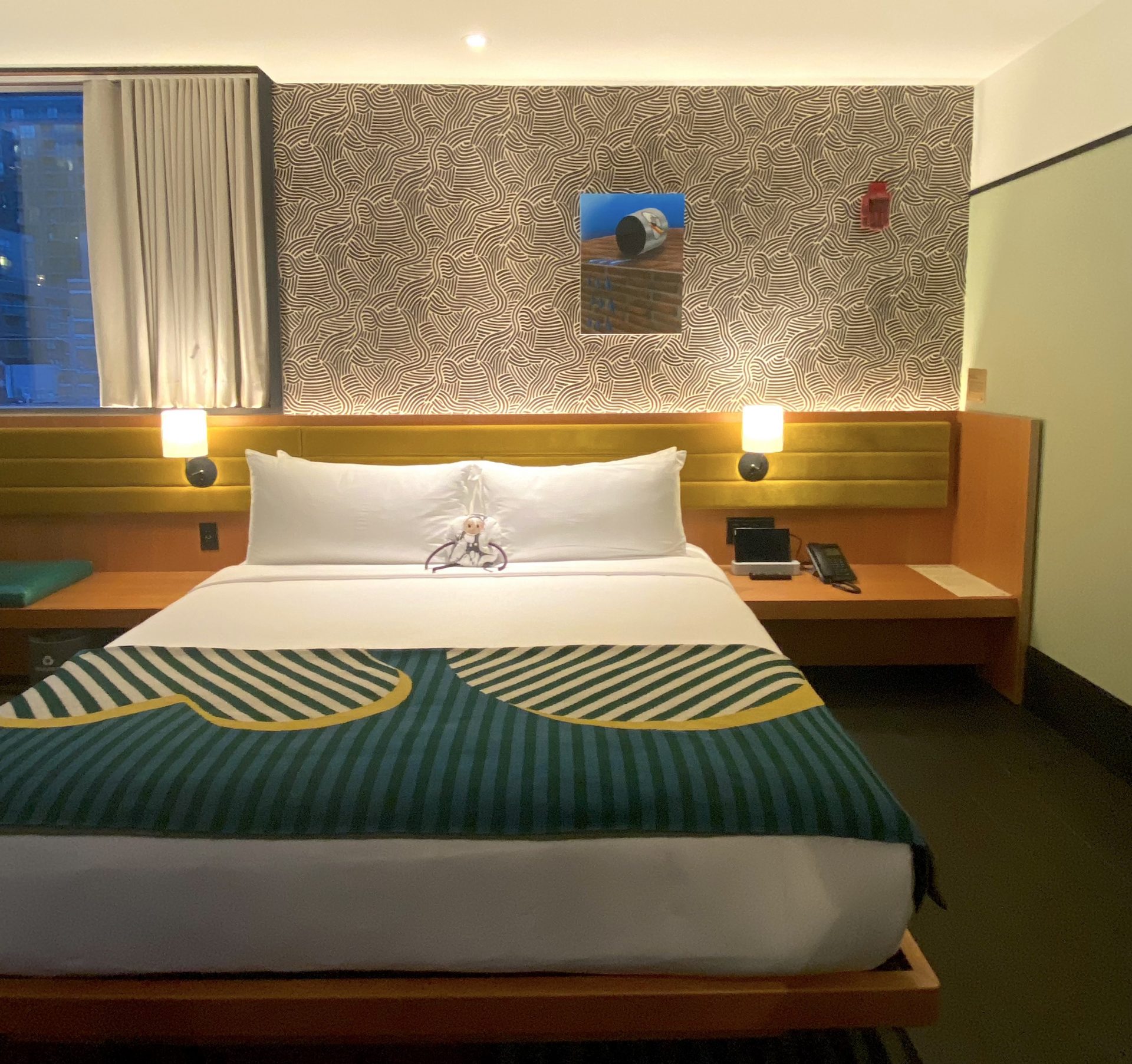 At over 1,000 square feet, it has two bedrooms, two bathrooms (one of which has a large bathtub), an oversized walk-in closet, a kitchenette, a living room, and an expansive outdoor terrace. The suite’s primary bedroom is located inside a stainless steel shipping container-like box that juts out from the side of the building’s top floor.

The hotel’s popular Sky Yard rooftop bar, located in the now dubbed Classic Wing, is still open and has even had a few updates itself, with the notable addition of some new furniture.

The Modern Wing is officially open for bookings, so anyone wanting to stay there can now make a reservation.