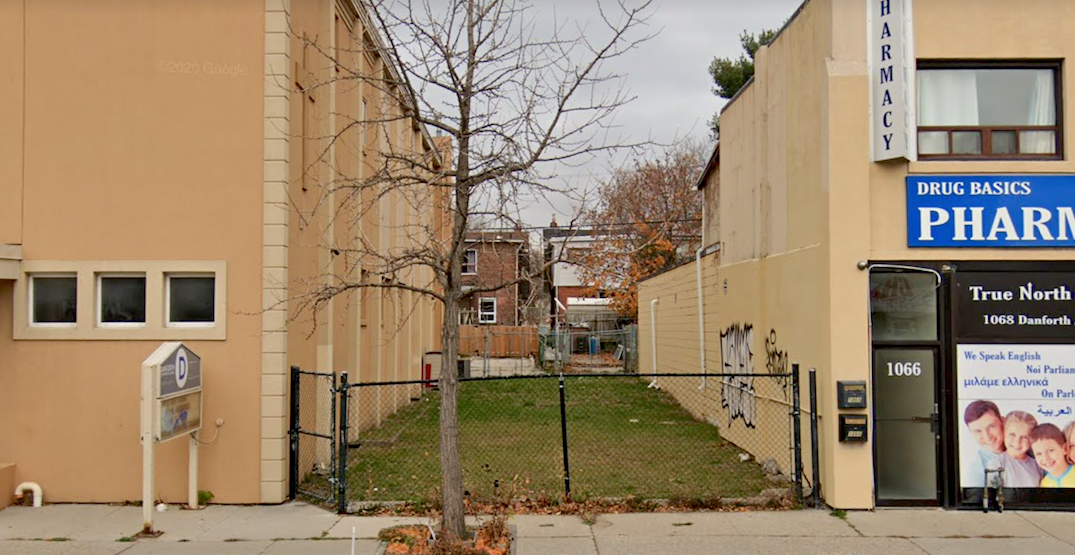 By now, most Toronto residents are familiar with surprisingly narrow houses popping up on tiny pieces of land around the city, but how about a property so narrow — eight inches, in fact — that you couldn’t build any sort of home on it?

Located at 1060 Danforth Avenue, the sliver of land, sandwiched between a pharmacy and another vacant strip belonging to the church next door, measures just 8.64 inches in width but stretches 105 feet long. 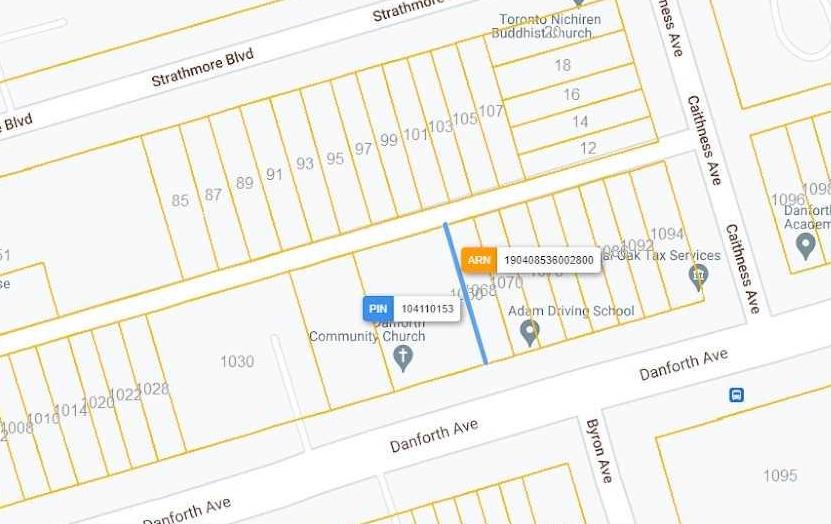 Listing agent Anthony De Cesare of Royal LePage Maximum Realty says it’s not only the first time he’s had a property even close to eight inches wide, but it’s nothing like he’s ever seen in Toronto.

With a property as unusually small as the Danforth one, it begs the question of what exactly can be done with it. De Cesare says it has a variety of potential uses.

“I’ve had people inquire about it that have thought of using it for advertising,” De Cesare told Daily Hive. “Or basically holding onto it until a developer comes along and buys, you know, the pharmacy and that little piece.”

Although the property is zoned residential, owner Carlo Scarcello says that there’s an opportunity to put something up on the exterior pharmacy wall.

“Six inches or four inches of the wall from the pharmacy that’s attached is on the property, so the wall is actually a shared wall,” Scarcello told Daily Hive. “So that could be used as advertising. Somebody could put a poster up high or something like that — the imagination is always unlimited.”

Scarcello has also toyed with the idea of setting up a mailbox on the eight-inch property, which would give him or any future owner a Toronto mailing address.

Scarcello acquired the property back in 2013 for just over $5,000 when it was being auctioned off by the City after the previous owner stopped paying property tax on it.

“I really wanted to get into the market owning a property,” Scarcello said. “At the time, I didn’t have much money. I didn’t have any money. It was a really reasonable start.”

He’s now hoping he’ll be able to sell the investment for enough money to cover the cost of buying a new Fiat.

So far, De Cesare has received offers on the property for $10,000 and $15,000 but is hoping to get something a bit closer to the asking price.