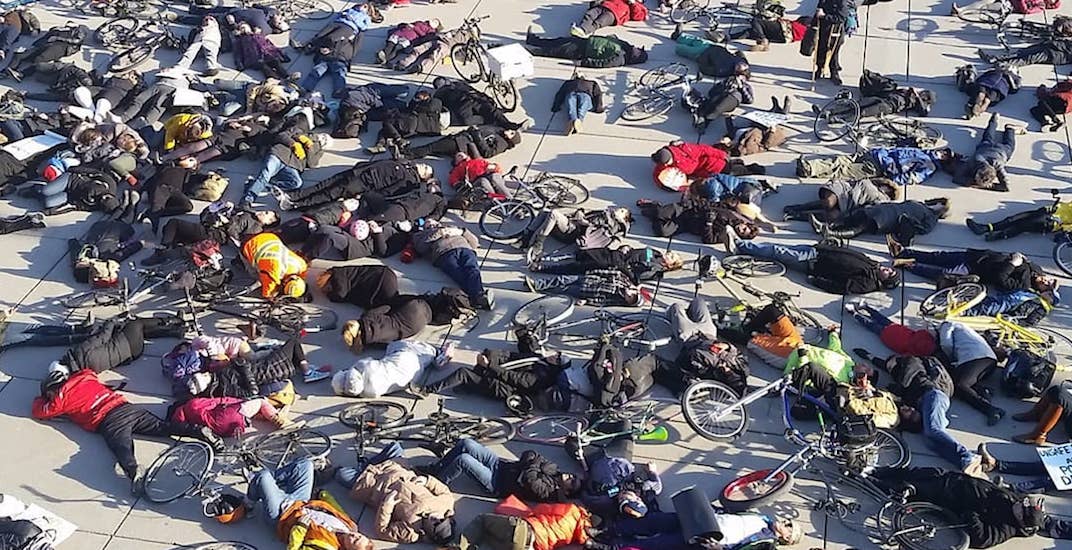 Far too many people have lost their lives on the dangerous streets of Toronto and safe street activists are trying to put a stop to it.

Monday evening, a die-in was held at Nathan Phillips Square in front of City Hall to protest cycling and pedestrian deaths and injuries in the city.

Organized by Friends and Families for Safe Streets — a Toronto-based advocacy organization made up of people who have experienced, or have been bereaved by, road violence — the die-in was staged to honour the 16 people who have been killed by drivers so far in 2018.

The event was also intended to push for better road protection for pedestrians, cyclist, and other vulnerable road users.

The die-in also coincided with the day Toronto city council began its vote for REimagining Yonge, a North York reconstruction project. The die-in was held the same day to encourage city council to take measures that will lead to safer street designs.

Hundreds of Torontonians came out to show their support and lied on the ground and pretended to be dead in solidarity.

If you missed the event, here are 10 powerful images from Monday’s die-in.