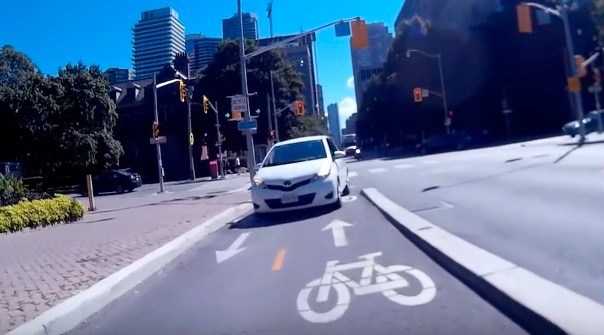 At least, in Toronto it’s not.

Despite the City of Toronto installing a bike lane (separated by a curb) along the Western side of Queen’s Park Crescent and Northern side of Wellesley, it has not stopped drivers from entering said bike lane and treating it like its some sort of private road made just for them.

In this video uploaded by YouTuber Eric S., the same mistake can be seen being made over and over again – to the point where one Porsche simply does not want to back down.

Toronto’s cyclists and drivers have a hard enough time getting along without these kind of easily avoidable mistakes being made. So the next time you’re taking a corner and have the option of heading into a lane that has a little bike painted on it, do everyone a favour and don’t go into that one, k?