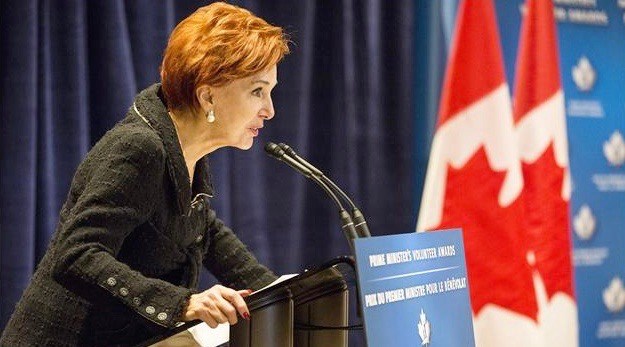 Ontario Senator Nicole Eaton is both the reason Twitter exists and an example of someone who should probably never use it.

Over the past month, the conservative politician has shared a bevy of thoughts about Toronto that seem, well, shall we say, limited in their scope.

Like earlier this month when she compared Toronto to a 3rd world country:

And, just a minute before that:

Why is TO such a mess?instead of bicycle lanes what about park maintenance, road paving and sidewalk fixing instead of patching up

But it’s her more recent and dedicated tangent on the Bloor Street bike lanes that has many Torontoians worked up. And rightfully so. Earlier this month the Ontario Senator made her thoughts about cyclists very clear:

Keep forgetting cyclists pay lots of road taxes, so why worry about cars and pedestrians.

And then, only three weeks later, she thought she would double-down on those sentiments despite the fact that the above tweet received dozens of responses, not a single one of which appears to be in support of her comments.

Bloor St, what a disaster. Can you imagine closing two lanes of Fifth Avenue to accommodate a few bicycle riders. Are city planners riders.

As the top response to that tweet points out, Fifth Avenue does in fact have bike lanes, giving you an idea of the kind of depth the Senator is bringing to this argument.

Hello from New York, @SenEaton. I just walked over to 5th Ave, WHERE THEY BUILT A BIKE LANE. pic.twitter.com/zEshadtLoN

It’s her last tweet, however, that seems to have people the most worked up. Probably has something to do with calling bicycles “a luxury” and saying that “most of us use public transportation or walk.”

Bicycles are a luxury, most of us use public transportation or walk. Never seen a bike rider obey traffic laws. They are special.

Let’s keep a couple of things in mind, shall we?

Eaton makes a base salary of $145,400 combined with an additional $24,500 for her role as Speaker pro tempore. For you mathematicians out there, that’s a single benji shy of $170K annually plus whatever travel expenses she racks up (and we’re guessing she doesn’t travel in bike lanes). She once called our national symbol, the beaver, a “dentally defective rat,” oh, and her husband is worth, give or take, a $100M.

Why she feels she should be weighing in on bike lanes in Toronto, other than that they might slow down her limo, is a mystery to most of us. But one thing’s for sure, it’s been a fun (and delusional) ride so far.