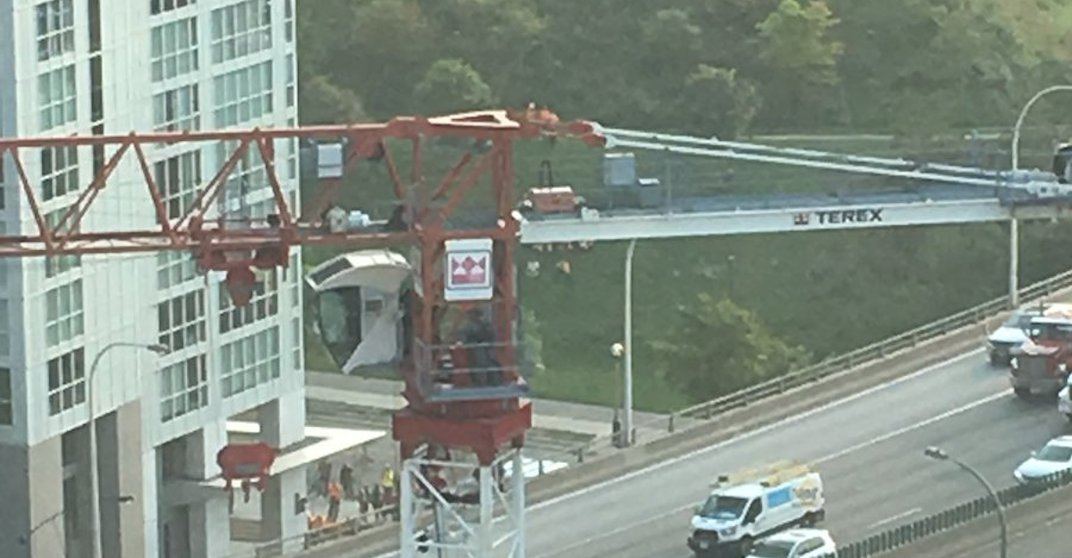 Emergency crews rescued a woman stuck inside the compartment of a crane in downtown Toronto Thursday morning.

Crews were called to a construction site in the area of Lake Shore Blvd. and Bathurst Street, which caused the eastbound Gardiner curb lane and the Spadina exit lane to close.

Toronto Fire technical rescue specialists were also on the scene alongside police and Toronto medics to safely rescue the woman from the crane.

@Toronto_Fire technical Rescue specialists are on the scene of the ongoing crane rescue incident in the Lakeshore and Dan Lockie Way area. Our crews are working alongside @TorontoPolice and @TorontoMedics to safely resolve this incident.

Shortly after 8:30 am, all closed lanes were reopened. At this time there’s no confirmation on how the girl got up there or how long she was stuck for.

The nice thing about Crane Girl part 2 is that I didn’t wake up to the sound of construction this morning pic.twitter.com/uTPF9XJxPN

However, this isn’t the first time someone scaled a crane in Toronto. In April 2017, a 23-year-old woman was rescued from a crane after being stuck for hours overnight in the area of Church and Wellesley.