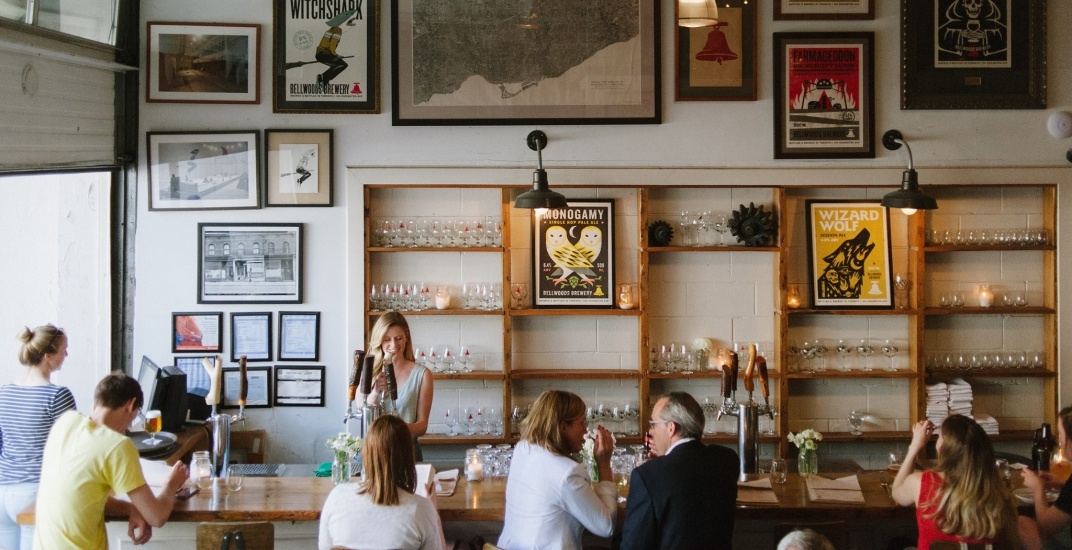 Toronto’s beer scene is burgeoning and can already boast 30+ breweries.

For those that like to drink local, these hometown brands are no stranger. Find everything from small-batch, micro-producers to big beer-makers, some with international acclaim, and national distribution.

Here’s every craft brewery in Toronto you need to know about.

The namesake Blonde, Three Speed Lager, and Boneshaker IPA are staples that plenty of Toronto beer aficionados grew up on. You’ll find pubs and retail outlets throughout Toronto these days including a massive BrewHouse on the waterfront.

This nano-brewery and pub, based out of a former mechanic shop, has won over locals with its ever changing line-up that has featured brews like the Squirrel Cache Nut Brown and Orange Pearl IPA.

Located in Leaside, this microbrewery from Amsterdam Brewing Co. is focused on premium barrel aged beers. Inside, find seating for over 200 guests spanning two floors as well as a 150-seat patio on the main floor and an additional 60-seat patio on the rooftop. 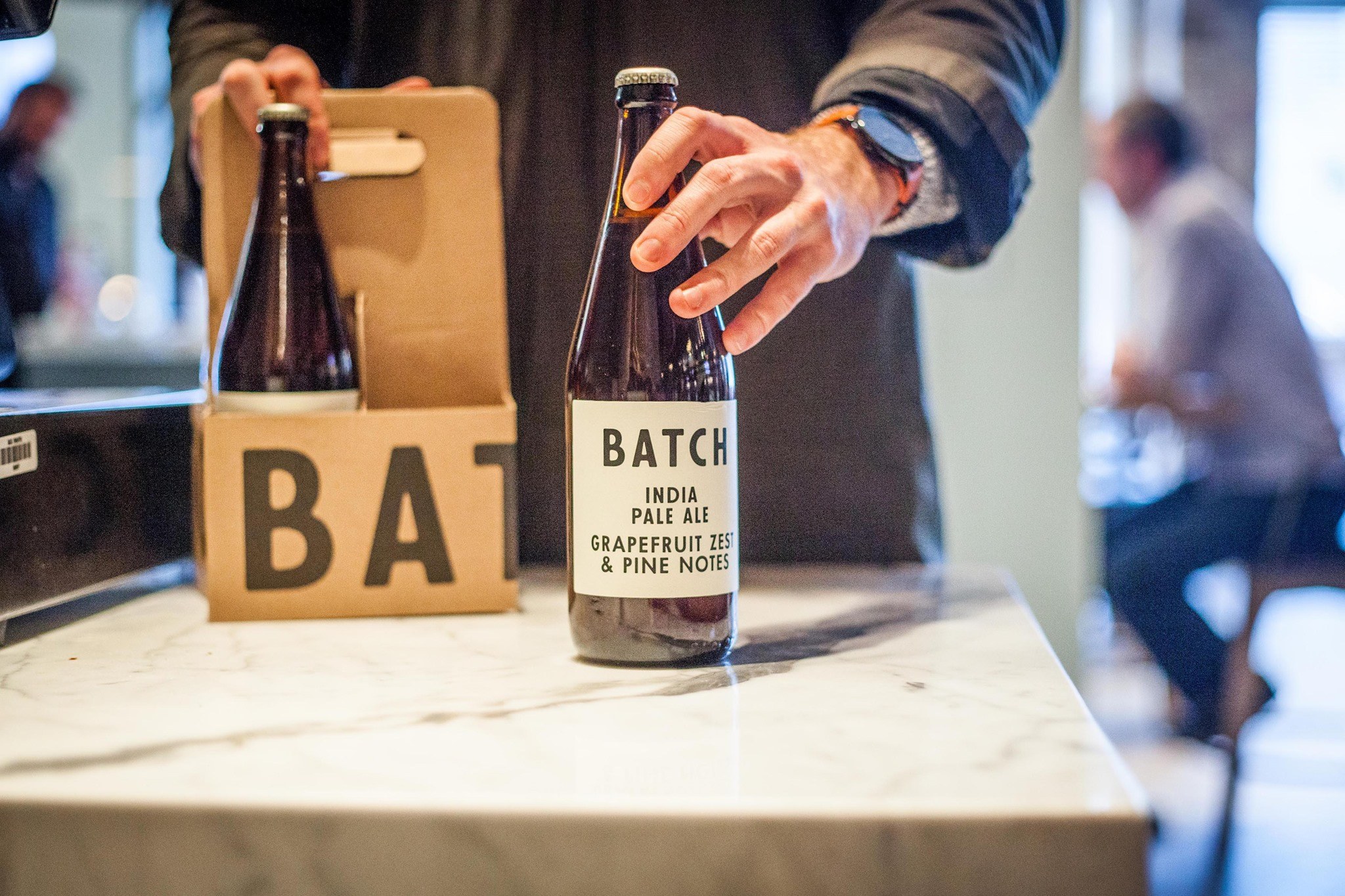 This upmarket brewpub is an offshoot from Creemore. While the big brand is available in Beer stores and at the LCBO, onsite they’re brewing an ever-changing selection of small batch Witbier, Irish Pale Ale, Cream Ale and more.

With one location on Ossington and a second newly opened on Hafis Road, this premier craft breweryis doubling up on its rotating selection of house beers ranging from light hoppy styles to barrel-aged special releases. 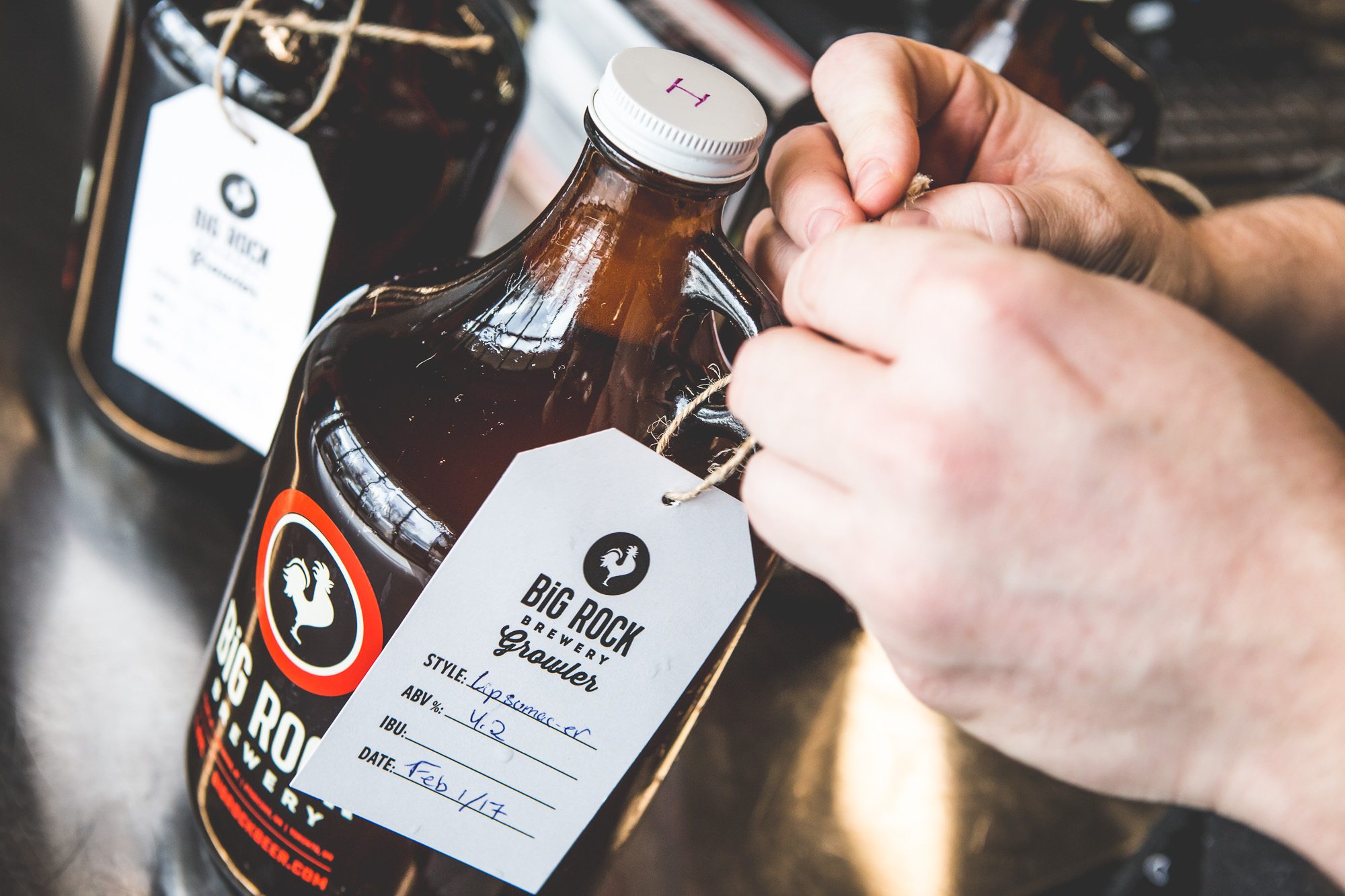 The Calgary-based brewing company operates a brewery in Etobicoke and a brewpub in Liberty Village both of which boast bottle shops, though the Liberty Commons outpost also benefits from a full menu designed by Oliver & Bonacini.

Skip the admission fee at this popular tourist attraction by letting the staff known you’re just here to buy beer. Once inside, visit the brewery to find historically brewed offerings in growlers

Year-round favourites from This Etobicoke brewery includes Nut Brown and Pale Ales sold in six packs. Also expect to find an assortment of seasonal beers and experimental beers in store. 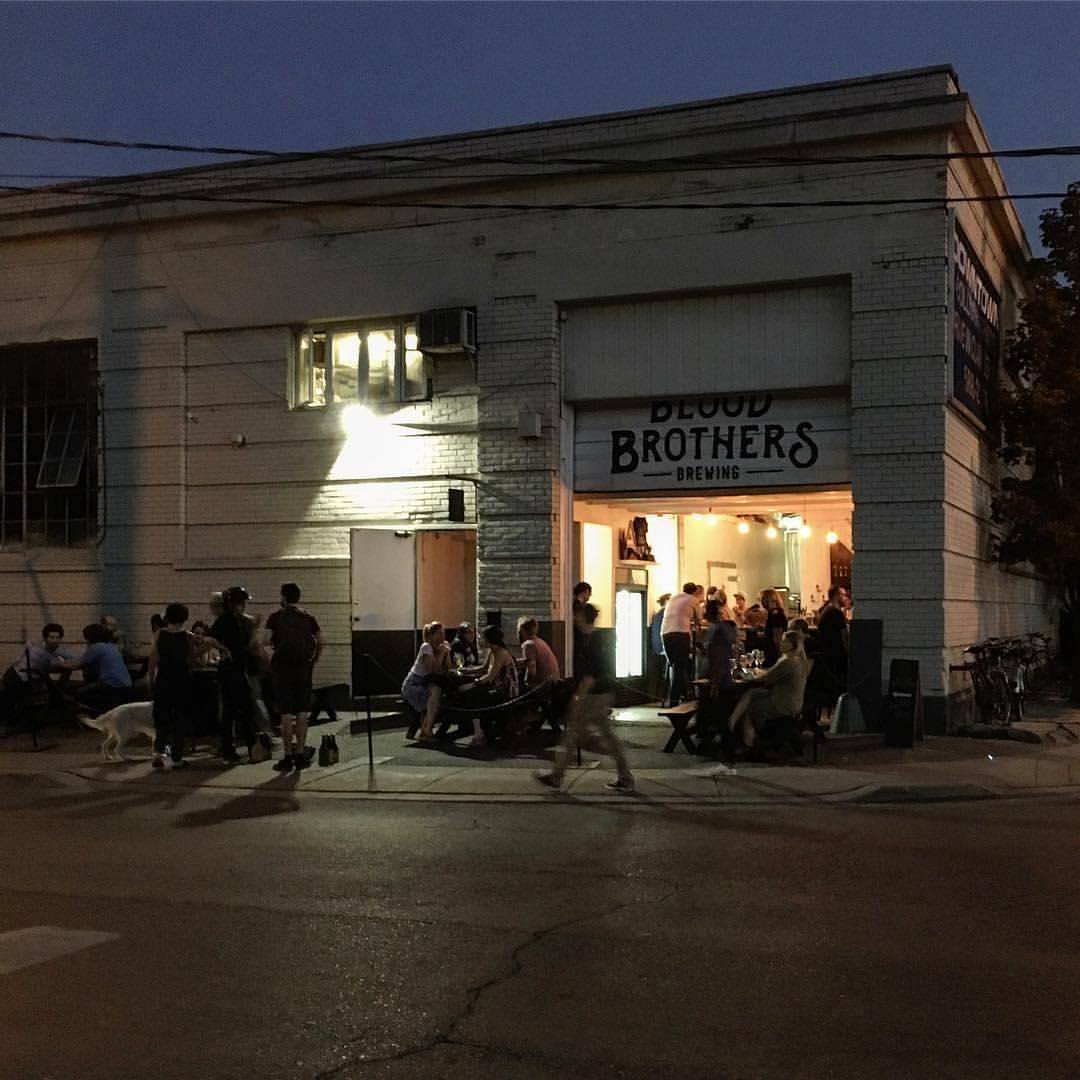 This micro-brewery is home to signature ales like Inner IPA and Shumei year-round, meanwhile the bottle shop and tap room are often stocked with seasonal features like Paradise Lost and Hail Saison.

This Bloordale brewery  triples as a restaurant and music hall. Here, you can sip on pints of Belgian Farmhouse Stout, Bloor Lager, and North East Brown Ale, watch a band or even eat brunch, then hit up the bottle shop for some bottled souvenirs. 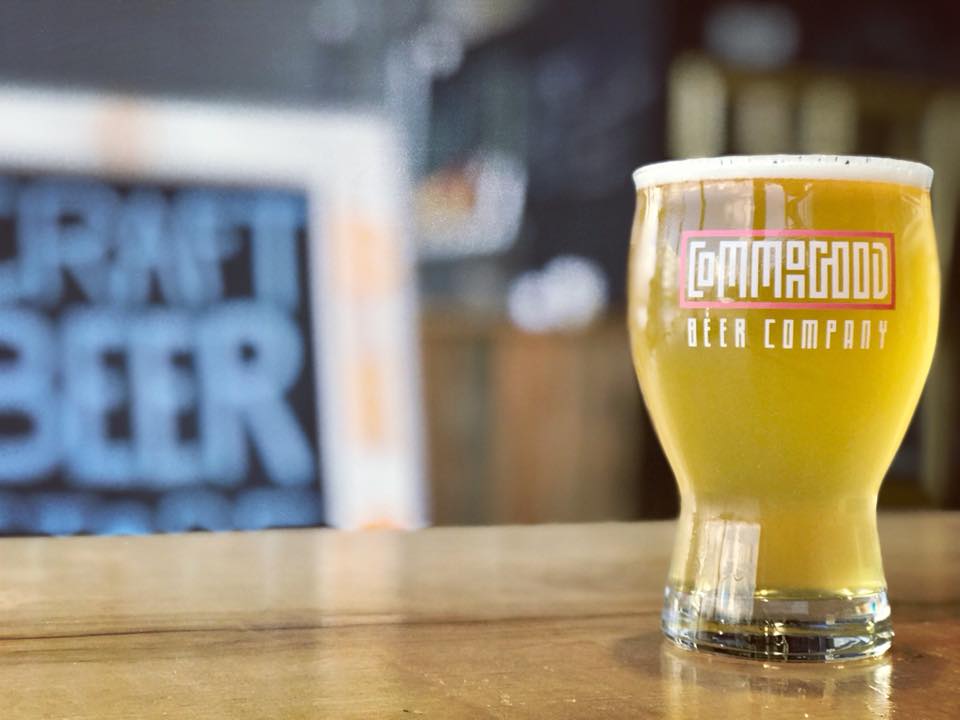 The beer company brews a rotating cast of suds, so while you’ll never no what to expect, the invitation to drop by and see what’s on tap always stands. Fill growlers with your favourites for take home or pick up a few canned pilsners while you’re there.

The Etobicoke brewery is home to brands like Cool Lager, Millennium Buzz Hemp Beer, and Stonewall Light while also contract brewing for other aspiring beer-makers.

Viaduct West Coast IPA is the first offering from this newly established operation on Toronto’s east side. While the brewery itself isn’t open to the public, you’ll find a scattering of local bars and restaurants serving it up.

The Parkdale brewpub offers a chance to sip house-made brews like the No. 5 Sorachi, meanwhile six packs, growlers, and swag are available in store. 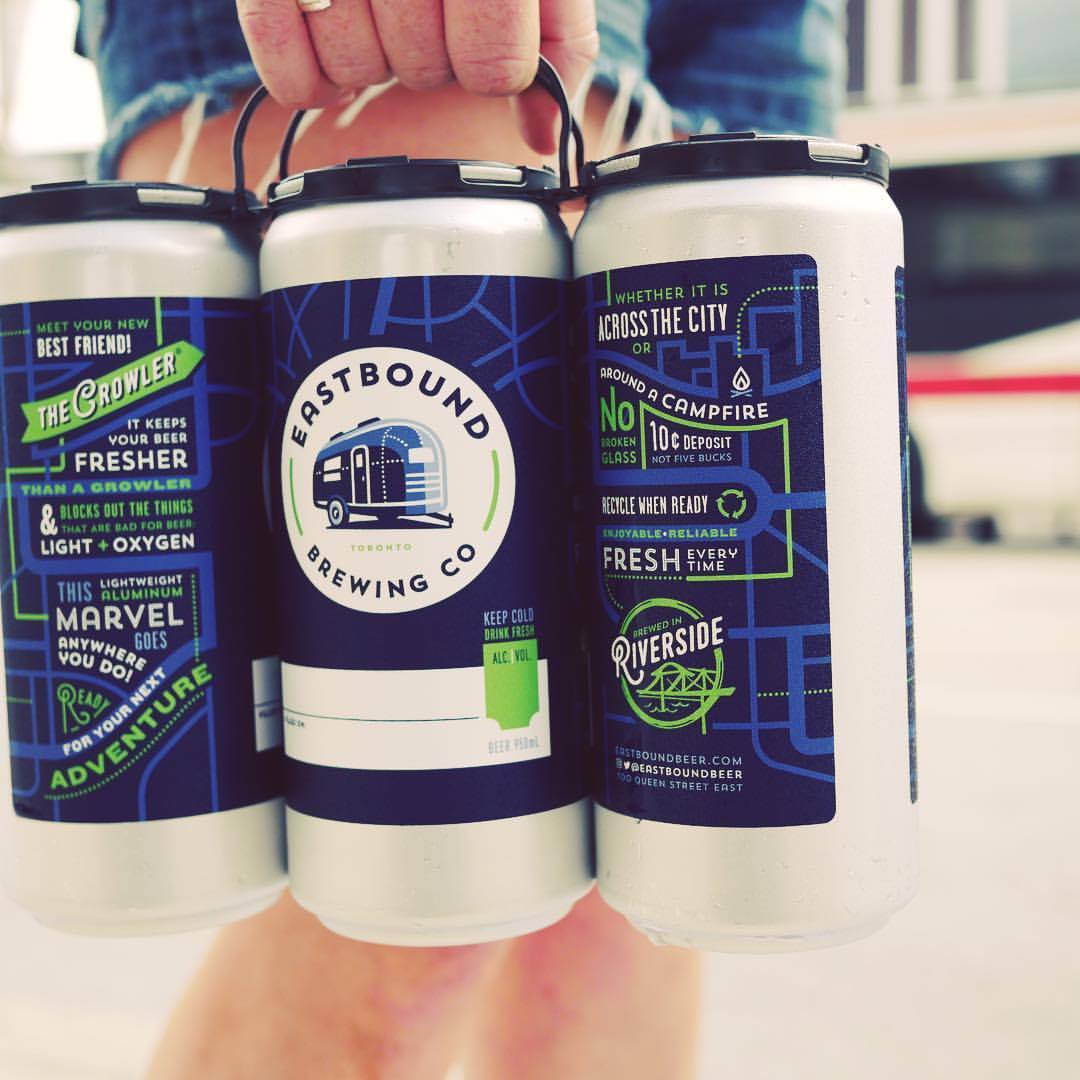 This nano-brewery in Little Italy devotes its craft to Belgian-style beers. Look forward to rotating selections such as Praxis, a new world saison, and Country North, an Ontario harvest ale.

Helmed by Luc “Bim” Lafontaine (formerly of the Montreal-based microbrewery Dieu du Ciel), this 6,000 square foot brewery in Little India is home to a 140-seat pub and restaurant as well as a retail bottle shop. 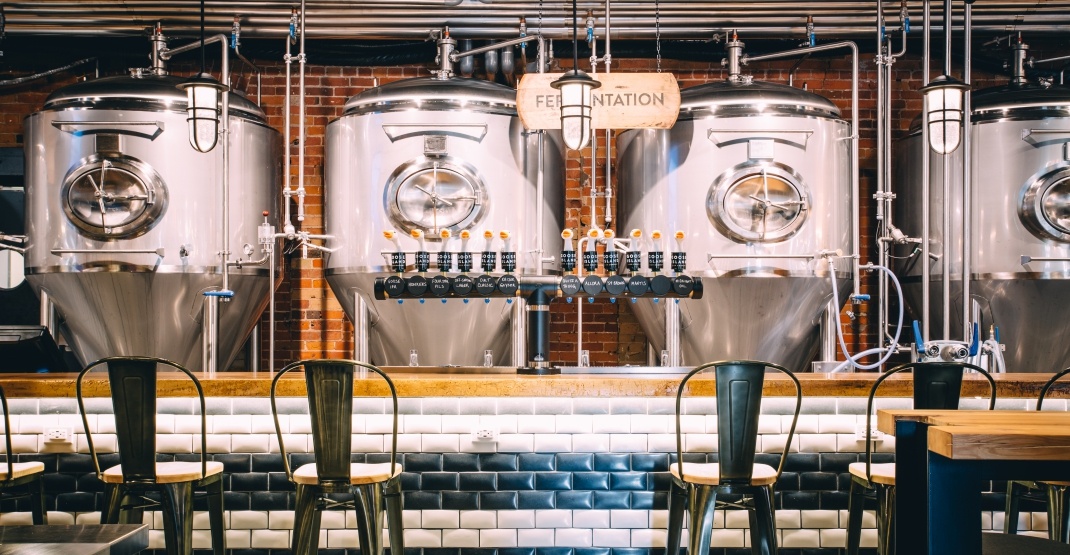 At this brewhouse from the big Chicago brand, beer drinkers will find themselves surrounded by state-of-the-art BrauKon brewing system. Forget taking a tour, head brewer Bernard Priest-Blais is already in earshot and he likes to talk about beer.

Since 1991 this mid-town brewery and restaurant has served up small batch beers. Enjoy pours in-house alongside a menu of seasonal comfort foods or take home in growlers or kegs.

Check out this Etobicoke brewery to discover an expansive line-up of GLB beers, seasonal brews, and specialty offerings when available. 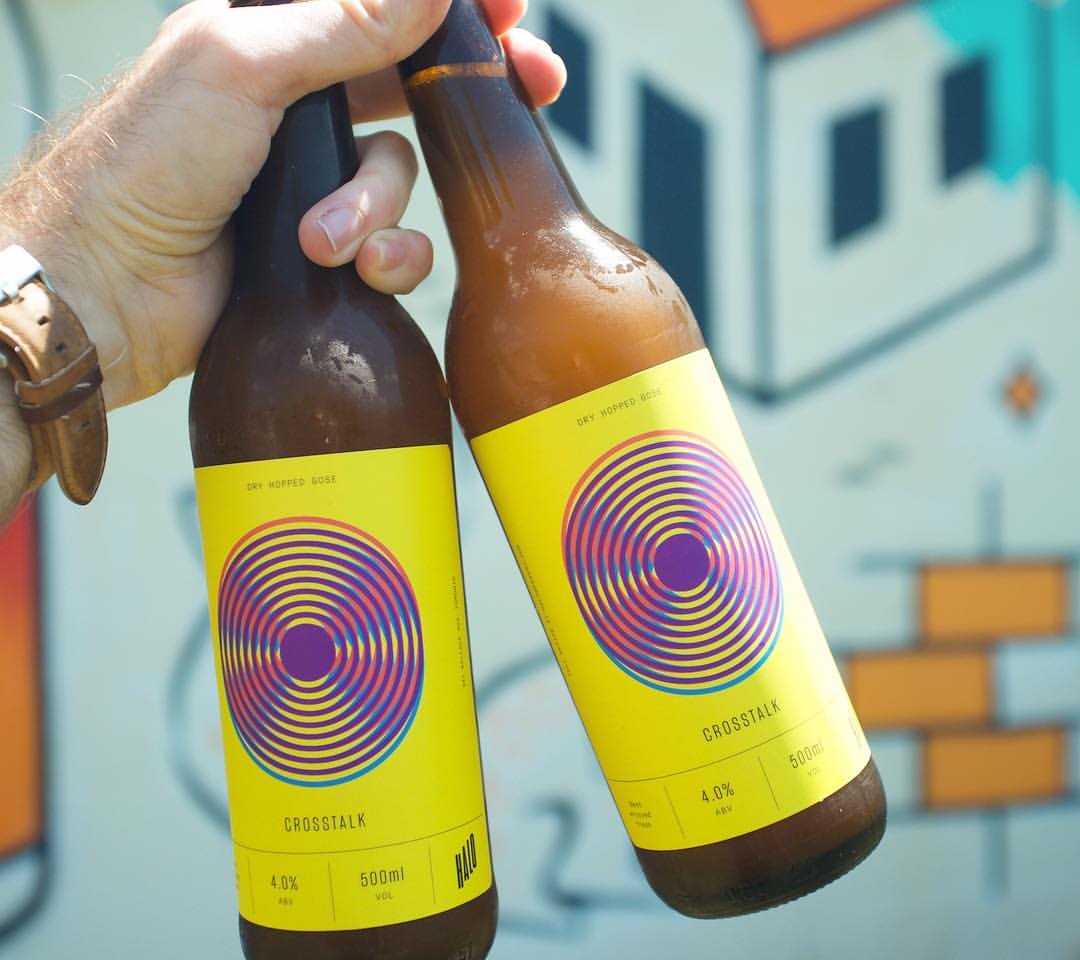 This brewery, bottle shop and taproom is Canada’s first open-source brewery which means the recipes are made public for home-brewers to try out and improve on. Standouts from their line of beers includes the RGBee made with wildflower honey.

In the Junction Triangle find this brewery, taproom and bottle shop slinging its “Best” flagship beers along with seasonal creations. 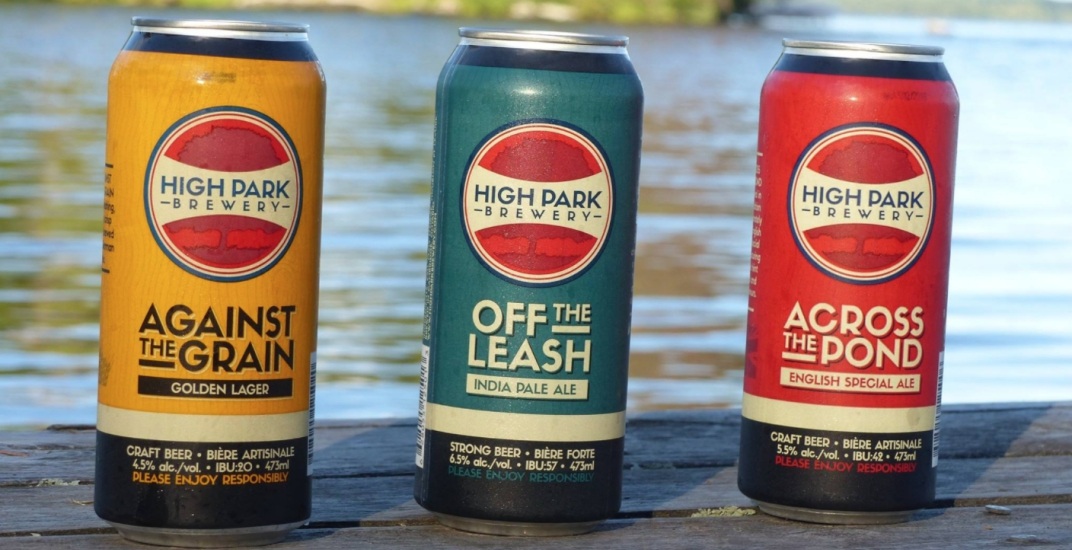 Slated to open in spring 2018, this local brewery is currently made under contract at another established Toronto brewery and is for sale at bars and at the LCBO. Signature brews include the Across the Pond English Ale and the Off the Leash American IPA.

This popular Toronto brewpub offers a rotating selection of house-made suds for consumption inside the restaurant as well as for sale in 2L growlers and 500 mL bottles.

On deck at this tap room in the Junction find signature beers like the Conductor’s Craft Ale  and Brakeman’s Session Ale along with rotating batches of house-brewed creations. In the retail store, stock up of bottles and casks. 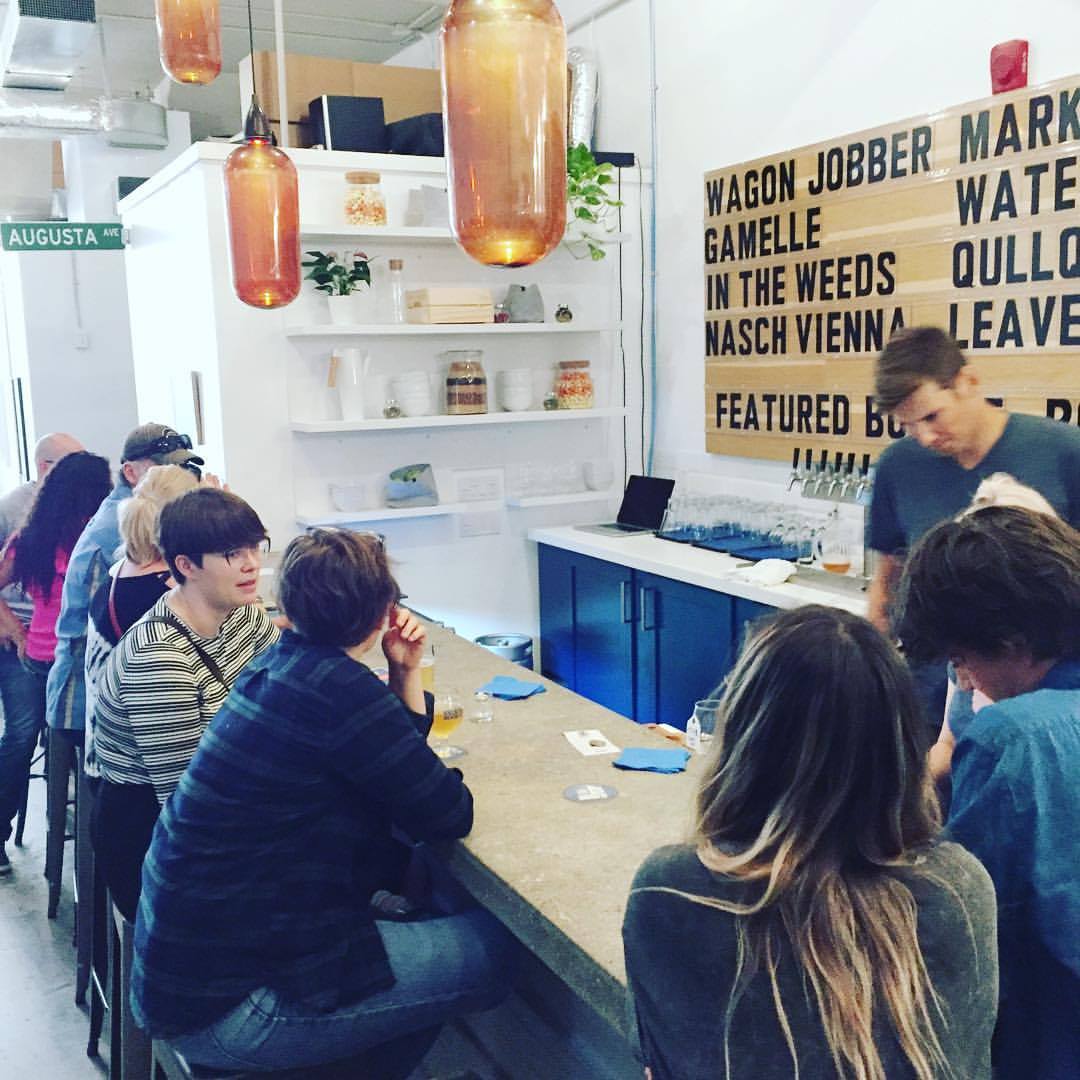 Watermelon Wheat, Baldwin St. Fisheye P.A, and In the Weeds Pale Ale are just a few of the market fresh beers produced at this brewery that takes its name from Toronto’s historic market. Sample on site or stock up at the bottle shop.

While this west end brewery finalizes its own manufacturing, find it’s pub featuring favourites from fellow local breweries along with a beer-friendly foods. 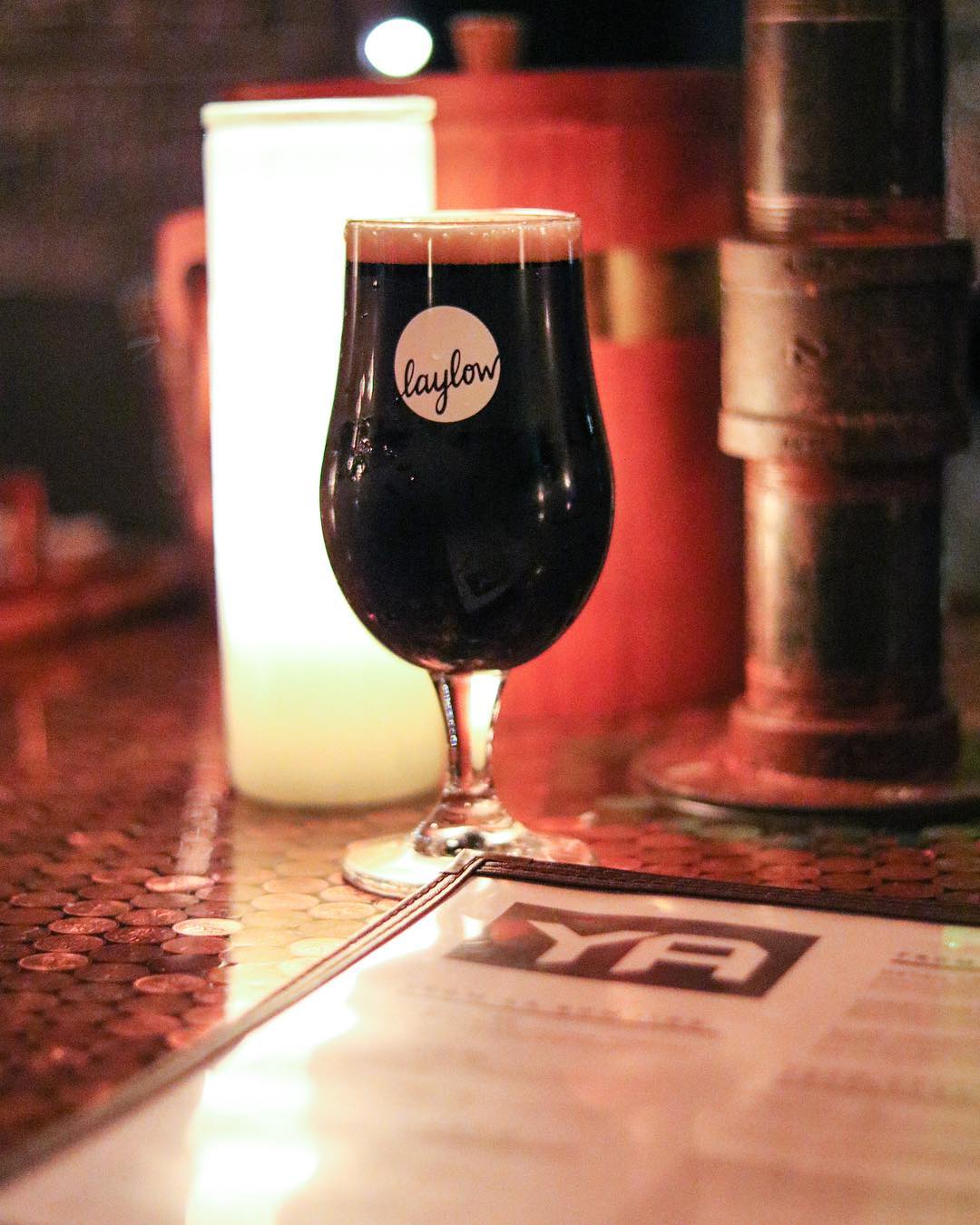 Lowlands Belgian Wit, Bonita apple cider, and Black on Both Sides stout are just a few of the house suds offered alongside a menu of  Trinidadian snack foods from Young Animal at this College Street brewery and bar. 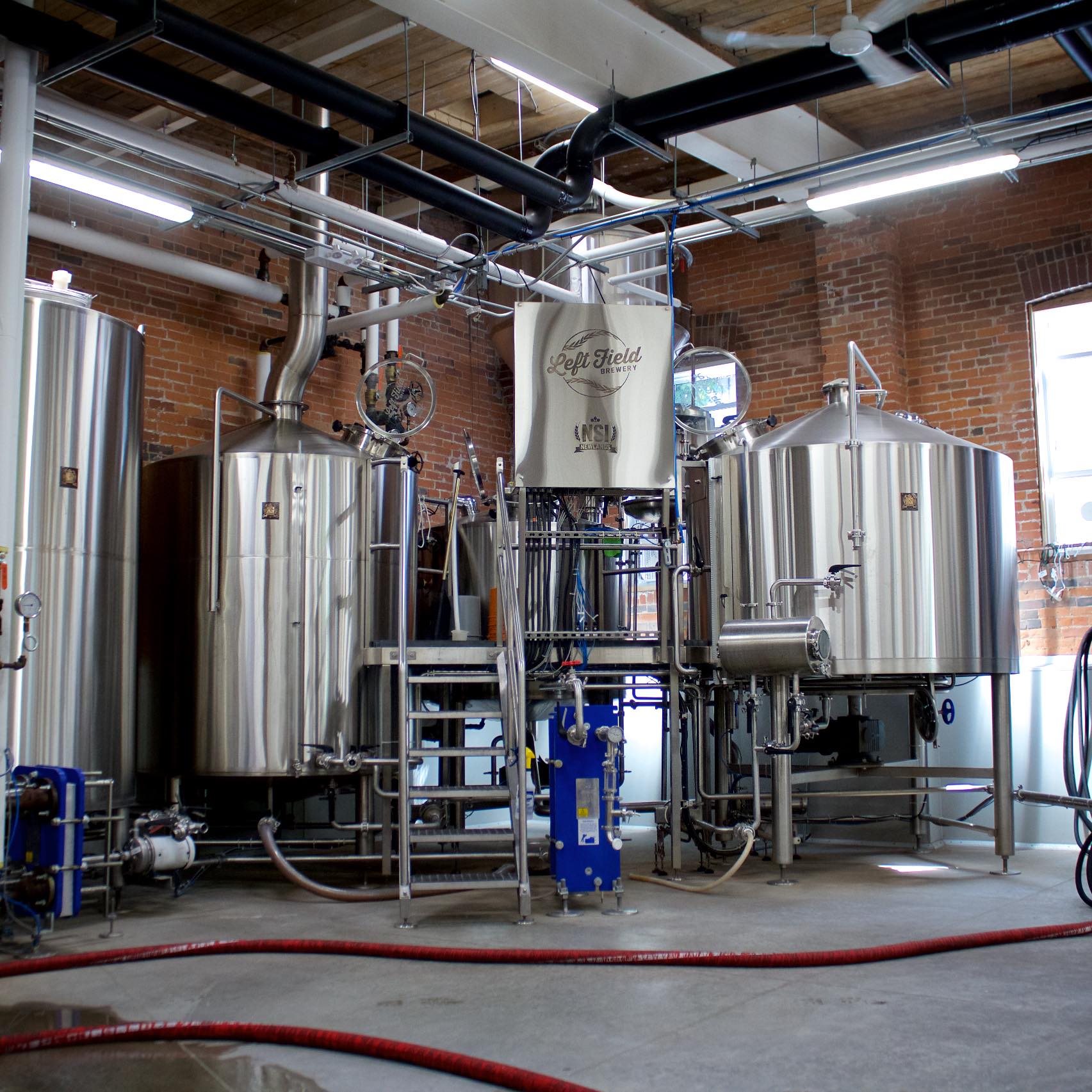 In Leslieville, this baseball-themed brewery and tap room offers a home base for its roster of almost 20 brews. Expect to find a rotating selection of beers including favourites like the Eephus oatmeal brown ale and Bricks + Mortar coffee porter.

Hopsta La Vista and Loose Lips Lager are among the signature suds originating from this local brewery. While there is no beer for sale on-site, their tall cans are a common site and bars and on LCBO shelves.

Revivale is the signature Kölsch-style lagered ale from this local brew company. While a Scarborough-based brewery is in the works, find tall cans at local bars around Toronto + 6ix-themed merch online.

Six main taps pour house beers like Original Sin Blonde Ale and Gothic American Brown Ale at this brewpub on The Danforth. From the selection of seasonals and one-offs find unique brews like a raspberry rosehip hefe and coconut lemongrass Thai-PA. 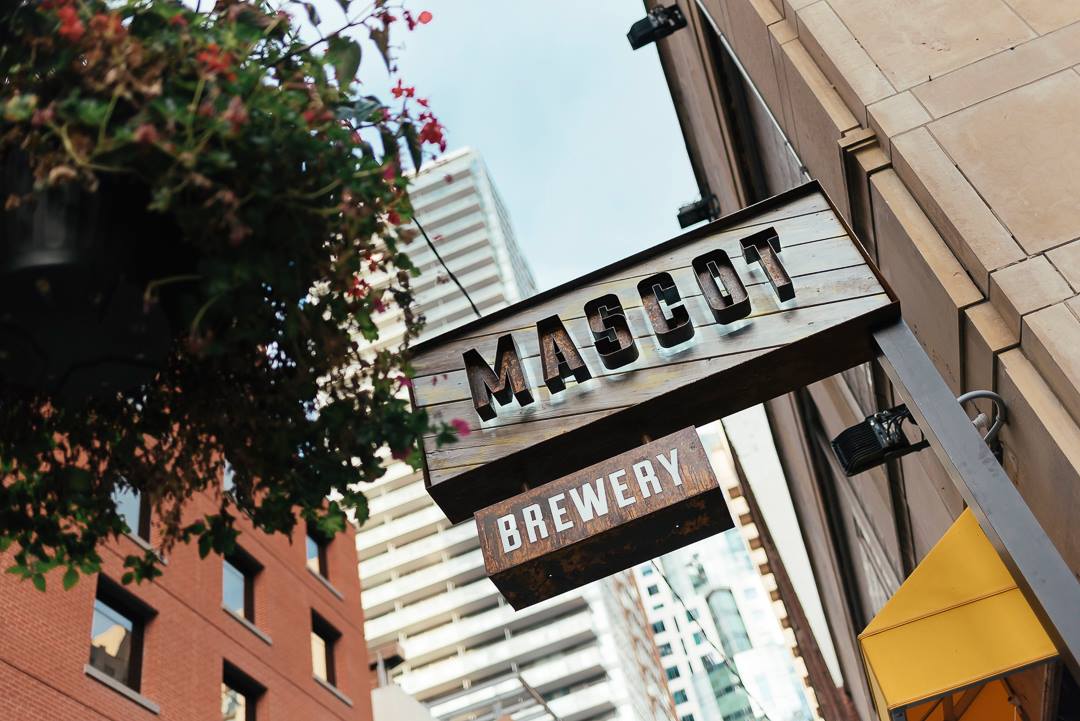 In the heart of clubland, this brewpub serves up its namesake pilsner, hefeweizen and coffee porter along with a carefully curated selection from serveral other breweries on this list. Oh and did I mention the whole operation is crowned with a glorious rooftop beer garden?

Situated in Toronto’s historic Distillery District, this Toronto-born brewery truly started at the bottom and now has become a national name (In recent years, it was bought out by Labatt). Core offerings include its Original Organic Lager and Tankhouse Ale, plus seasonal additional like the Vanilla Porter.

You’ll find Muddy York beers on menus across Toronto, but should you want to take home bottles or growlers of Gaslight Helles or Pavilion Pale Ale, head to this retail bottle shop in East York. 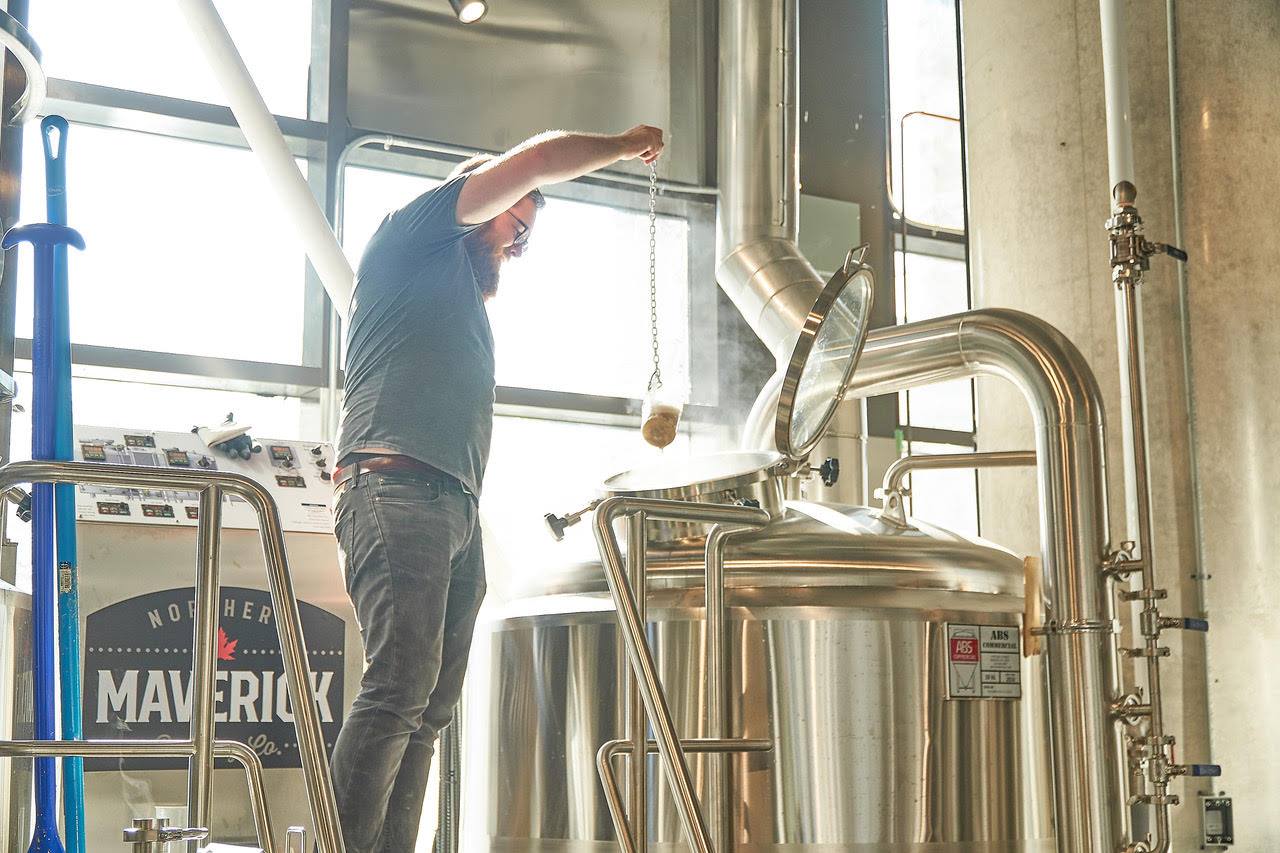 Located at the base of a condo at Bathurst and Adelaide, this massive brewery, restaurant, and bottle shop is serving up beer so fresh, they’re not even kegging it… I mean, they are, but they also offer three of their signature brews straight from the beer towers and available on tap at the bar via champagne lines that run along the ceilings.

This small batch brewing company operates as a collective bringing together talented and imaginative people to brew one-of-a-kind beers. Its website teases to a brick-and-mortar brewery coming in 2017, but in the meantime the collective hosts events that spotlight suds from hobbyists around Toronto. 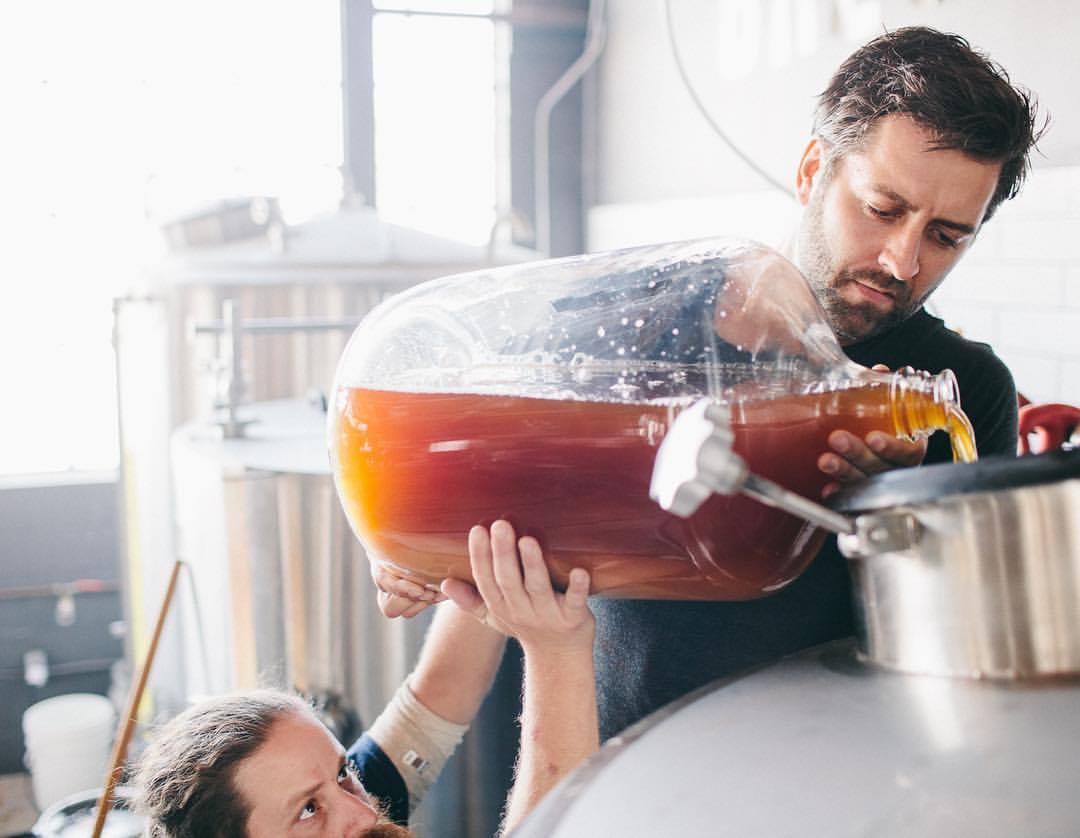 In The Stockyards, this brewery, bottle shop and taproom deals in signature offerings and one-off beers by the pour, in bottles and in growlers. While the selection is always in flux, expect to find labels like Sweetback’s Milk Stout, Kapow! West Coast Style IPA and Hearts Collide Bourbon Barrel-Aged Imperial Stout.

The Beach(es) own brewery is headed up by brewmaster Matthew Reiner and focuses on farmhouse-style and hop-forward beers.

Home to a three vessel brewing system, retail store, and tap room serving a rotating selection of small-batch beers, Saulter’s flagship beer is a Premium Pilsner, a copper-coloured, hopped up version of a classic Czech Pil.

This brewery next to the SkyDome is a Toronto institution that devoted all its energy to one crisp premium pilsner made with traditional brewing techniques and only four ingredients; spring water, malted barley, hops and yeast.