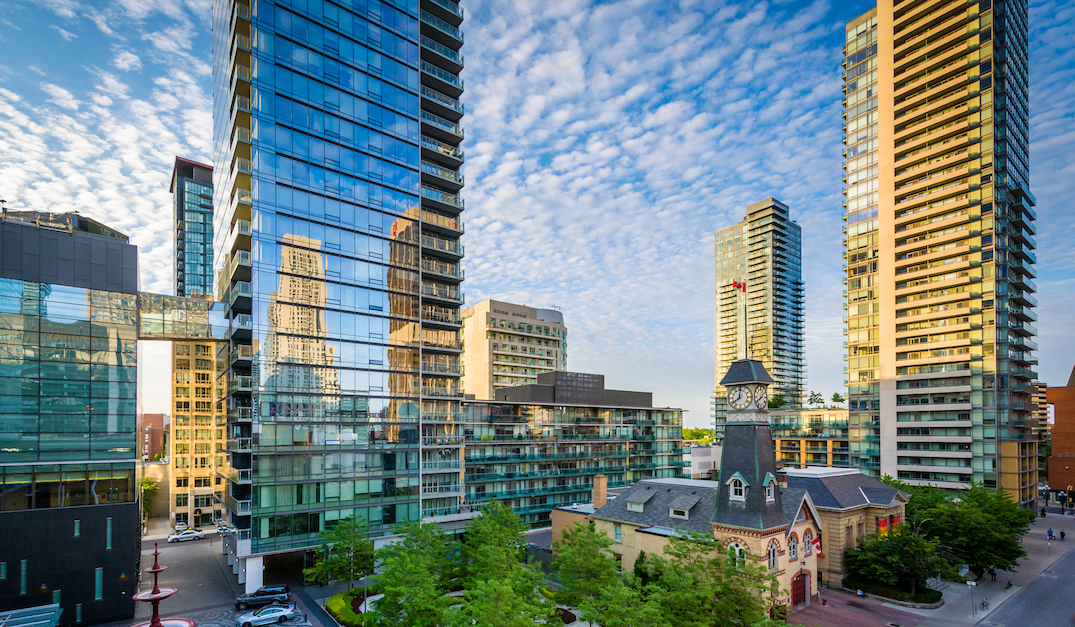 A decline in the city’s home sales over the past year has been well documented, as many people are opting to purchase property outside of Toronto, but a new report released by Strata.ca on Tuesday takes a look at exactly how hard condo value in Toronto’s luxury neighbourhoods have been hit over the past twelve months.

The report look at five luxury neighbourhoods — Yorkville, The Annex, Casa Loma, Bloor-Yonge, and the Bay Street Corridor — and saw a significant drop in value over the past year, with some areas experiencing decreases of up to 30%.

The Annex, an area that is typically popular with students, saw the most significant decrease, going down in value by 29.96%.

Meanwhile Bloor-Yonge, Yorkville, and Casa Loma all have decreased by over 11%. The Bay Street Corridor saw the smallest drop, going down by 6.31%.

As value has decreased in these areas, Strata.ca also found that condo inventory levels in all of these neighbourhoods, except for the Annex, are nearly double what they were at this time last year.

Not too surprisingly, the rental value of condos in these luxury neighbourhoods has also gone down significantly.

Sam Massoudi, a real estate agent at Strata.ca with investor clients in hard-hit luxury neighbourhoods, says that owners of Toronto condos in these areas have, for years, relied on wealthy international students to occupy their properties. But with schools having moved to online learning, there’s a shortage of tenants.

“I have investor clients who were once so proud to own a property in a luxury neighbourhood,” Massoudi said. “But they had no idea a pandemic like this was going to hit and drive immigration out of the city. So now some of them have sold. For those who didn’t, they’re renting these places out for very cheap. That’s why we’re seeing such low rents in some luxury areas.”

Robert Van Rhijn, Broker of Record at Strata.ca, says that luxury markets are often the hardest hit when real estate trends are fluctuating like they have over the past year.

“Buyers will often prioritize value over luxury when in a recessionary environment,” Van Rhijn said. “Even those who have the means to purchase high-end properties are likely to hold off. Sometimes they worry that luxury might become devalued, resulting in a wait-and-see approach.”

The Junction, for example, has seen an 11.33% increase, and Leslieville/South Riverdale and Regent Park have both seen increases a little over 5%.

Van Rhijn says that he’s not at all surprised by this trend.

“The Junction and Regent Park are still gentrifying, so I’m not startled to see values increase as cautious buyers hunt for better deals,” he said. “Look, even during lockdown periods, we’re seeing bidding wars in these areas.”

Whether Toronto condos these areas will go back to what they once were as we move out of the COVID-19 pandemic remains to be seen.