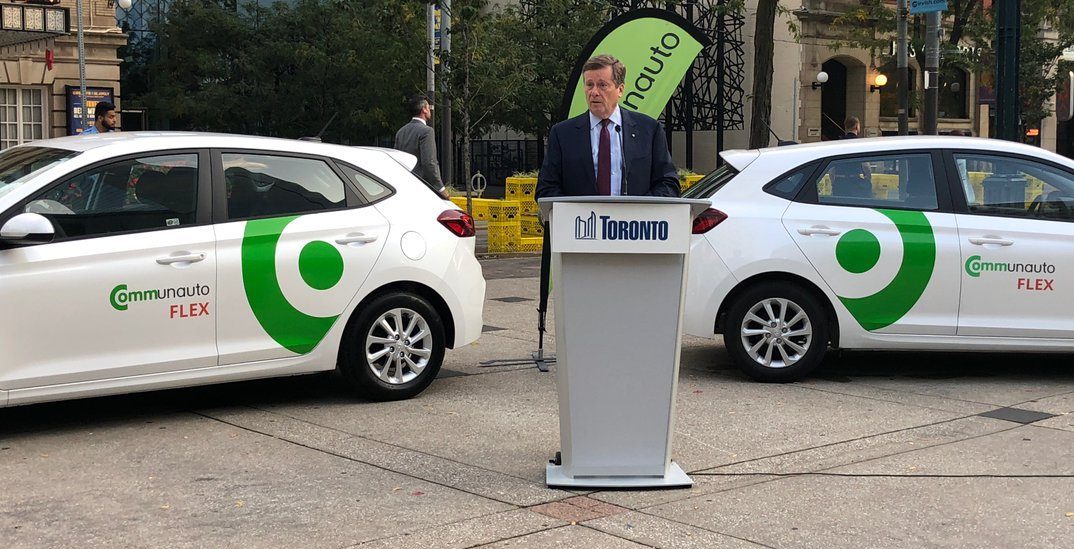 The City of Toronto has issued the first permit for a free-floating car-share pilot.

In a ceremony held on Tuesday, October 9, Mayor John Tory presented the Quebec City-based car-share service, Communauto, with a yellow “floating” parking permit. It is the first of its kind given out by the city.

Free-floating car-sharing is a car rental model that allows users will use a mobile app to reserve and locate cars parked nearby for short-term use. 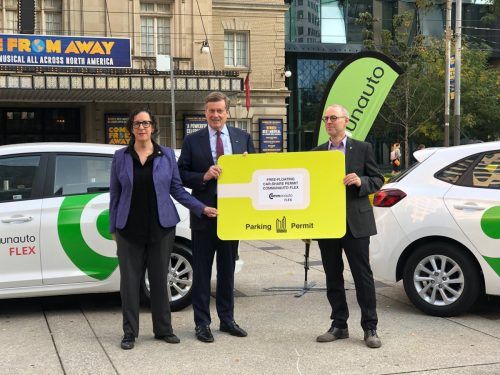 “Car-sharing technologies have the power to change how people go about their day-to-day lives and get around this city,” said Mayor John Tory, in a press release. “I’ve encouraged the introduction of these new technologies and believe that there can be many benefits, including potentially reducing traffic and congestion by removing cars from the road.”

“I’m proud we’ve worked to strike a balance between the benefits of car-sharing and the potential impacts it could have on neighbourhoods,” said Tory in a series of tweets. “Car-sharing is another example of the city finding a way to say yes to technology and innovation that people want because it makes their lives simpler.”

Car-sharing is another example of the city finding a way to say yes to technology and innovation that people want because it makes their lives simpler.

According to the city’s release, up to 200,000 Toronto residents have been members of a car-sharing program.

The free-floating car-share pilot is meant to represent the beginning of a regulated approach for options in Toronto that make it easy for residents to park and car-share close to home.

This announcement comes after global car-share service Car2go announced in May that they would be suspending their business in Toronto due to the pilot. The company cited strict parking regulations it believed made their business in the city “inoperable.”