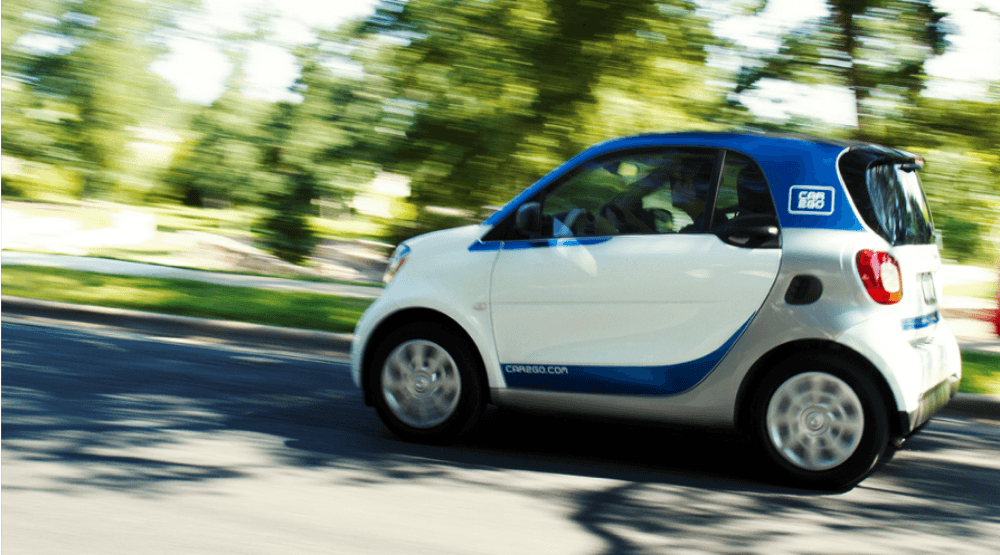 car2go is being forced to suspend operations in Toronto as of May 31 due to the City of Toronto’s decision to pass a heavily amended pilot that makes our service inoperable. Read more here: https://t.co/3AGcWyorDO

According to a letter from CEO Paul DeLong to users, on February 1, Toronto City Council failed to establish a free-float carshare pilot, which led the organization to review operations in the city.

During the company’s review, Toronto City Council passed a free-float carshare pilot during the April 2018 session.

However, the pilot the city passed is “heavily amended and restrictive” that it makes the continuation of Car2Go service in Toronto “inoperable,” said the company in the letter.

“This is not the result we were expecting and to say we are disappointed would be a huge understatement,” wrote DeLong in the letter.

DeLong wrote that the passed pilot, “ultimately weakens mobility options for Torontonians and prevents us from providing Car2Go service for 80,000 Torontonian members once the pilot legally takes effect June 1st.”

In a statement, Toronto Mayor John Tory said during this entire process, Car2Go chose “confrontation over collaboration” with City Council and that the company’s decision to suspend operations is “unfortunate.”

Car sharing technologies have the power to change how people go about their day-to-day lives and get around this city.

I have encouraged the introduction of these new technologies and believe that there can be many benefits, including potentially reducing traffic and congestion by removing cars from the road.

But like all new technologies that change behaviour, car sharing must be implemented with careful regard for the potential impacts it can have. In this case, those impacts are most acutely felt in neighbourhoods where on street, paid permit parking is already heavily subscribed – in neighbourhoods where home owners and tenants already have difficulty finding a place to park their own cars.

Last month, City Council adopted regulations that allowed a one year free floating car share pilot program. This pilot is intended to expand the car sharing options available to Torontonians, making it easier for them to park and car share near where they live. The regulations restrict the pilot to areas of the City where permit parking is less than 95% subscribed.

These regulations strike a balance between the benefits of car sharing and the potential impacts it could have on neighbourhoods.

Throughout this process car2go has chosen confrontation over collaboration with City Council.

In fact, through the course of discussions with the city about reasonable concerns shared by many Toronto residents their response was to repeatedly threaten to leave the city. While their decision to suspend operations in Toronto is unfortunate, it is their decision alone to walk away from a clear path towards regulations that would allow them to operate in our city in a reasonable, compatible way.

I’m confident that other car sharing companies willing to work with us and to operate in this manner will succeed in Toronto.

As of May 31, Car2Go is suspending all operations in Toronto.