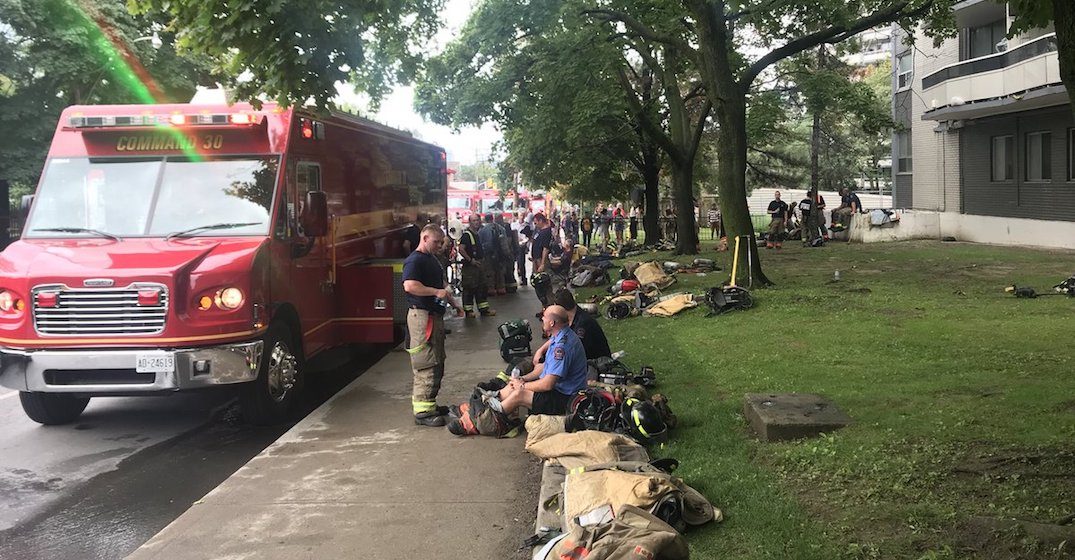 Last week, over 100 firefighters were on the scene battling a 6 alarm blaze on Parliament Street and St. James Avenue.

The August 21 fire at 650 Parliament Street left hundreds of residents displaced, and emergency shelters were provided by the city for those who were unable to secure alternative accommodation.

And with the school year approaching, the City of Toronto is now asking for the public’s assistance with donations.

Help the victims of last week’s #650ParliamentFire by donating new children’s shoes and clothing. Donations can be made to Community Matters Toronto & @StJamesTownCC. pic.twitter.com/IehYfoCqXD

“While this is a private building, the city has been working with the property owner to help the approximately 1,500 residents who lived there and are now displaced,” said Mayor John Tory. “I’m encouraging anyone who can to donate new clothing and shoes to the children of 650 Parliament St. for the start of school.”

A donation drive for new clothing is being organized in partnership with Community Matters and Community Corner.

Donations can be made through:

“Our neighbours need us to help them through this very difficult time and I know the residents of Toronto will meet this challenge with compassion and generosity,” said Councillor Lucy Troisi, Ward 28 Toronto Centre-Rosedale. “Donations of new clothing and shoes, offers of accommodation from within the community and financial contributions will be warmly and gratefully received.”

The City of Toronto asks those who may have vacant rental units or accommodation for displaced residents of @650Parliament that they can donate, to contact @TorontoOEM at 416-392-3959 or [email protected]