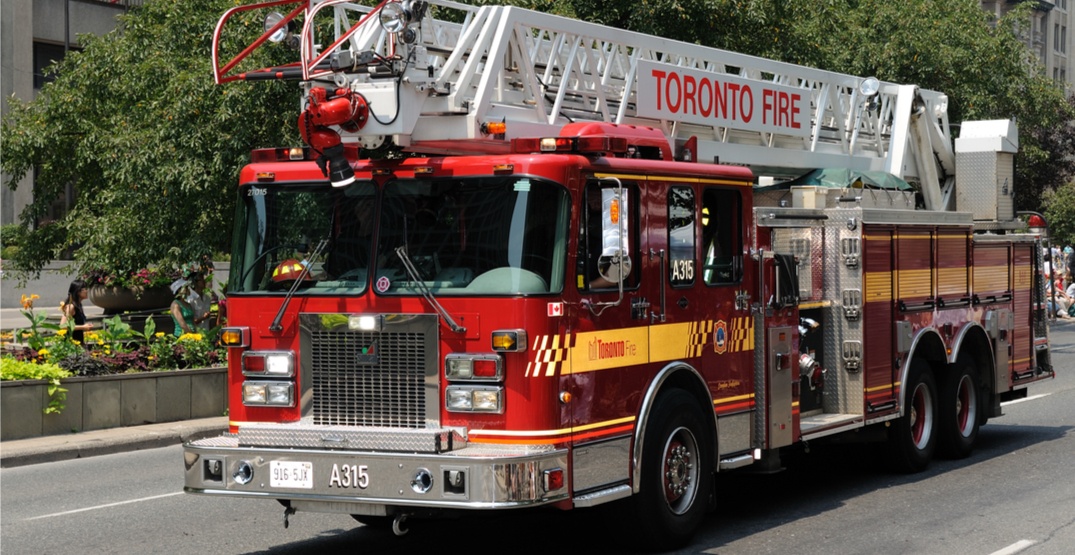 Over 100 fire fighters have been on the scene battling a 6 alarm blaze on Parliament Street and St. James Avenue on Tuesday.

According to the Toronto Fire department, the blaze broke out just after 1 pm in a highrise residential building, and the fire was upgraded to 3rd alarm due to heavy black smoke and smoke migrating throughout the building.

One patient from the 14th floor was treated by paramedics for unknown injuries.

PARLIAMENT ST- Avoid the area as there are numerous emergency vehicles in the area, 13 #Firetrucks and 50 #Firefighters on scene pic.twitter.com/opISGEH4kI

An emergency shelter is being set up at the Wellesley Community Centre, where displaced residents can go, said Toronto Fire Chief Matthew Pegg.

At this time, there are no other reported injuries.

The view into the Rehabilitation Sector on Parliament. I just spoke with dozens of @Toronto_Fire exhausted Firefighters. All are ok. Getting some fluids and cooling off and then will be deployed again. pic.twitter.com/Ehchf9cXKw