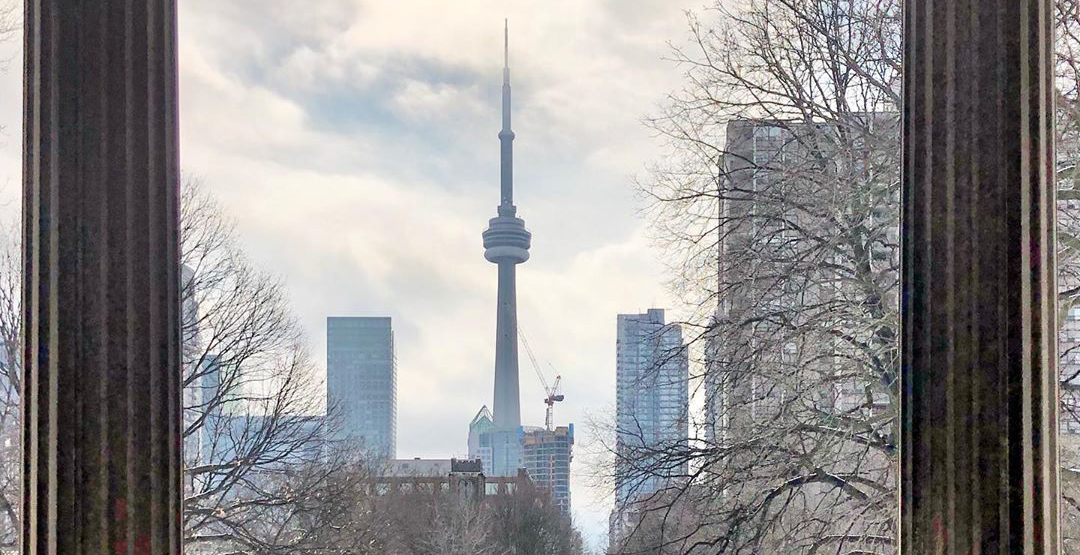 The rapidly-evolving response to the COVID-19 pandemic has resulted in unprecedented cancellations and postponements across the globe, and the impact on Toronto is strong.

With a seemingly non-stop list of new closures and delays, along with everything else being in complete disorder, it’s tough to keep track of what’s open and closed in the city right now.

As of Monday, March 16, here is a list of everything that’s been either postponed or cancelled across Toronto.

This list will be updated as further details come through.

The tourist site is closed and will re-open on Tuesday, April 14.

“The health and safety of our staff, guests and tenants is always our first priority,” reads a statement from the CN Tower. “We regret any inconvenience this may cause and we look forward to welcoming you back to the CN Tower soon.”

School boards and universities across the GTA

Following March Break, Ontario schools will be closed for two weeks, until April 5. Meanwhile, almost all colleges and universities across the province have transitioned, or are in the midst of transitioning, towards online-only instruction. Face-to-face classes have been suspended or cancelled.

“To help contain the spread of COVID-19, Dr. David Williams, Ontario’s Chief Medical Officer of Health, has recommended the immediate suspension of all gatherings over 250 people because of this pandemic,” said Christine Elliott, Deputy Premier and Minister of Health, and Lisa MacLeod, Minister of Heritage, Sport, Tourism and Culture Industries, in a statement.

Ontario’s attraction agencies and convention centres are closed as a response to the recommendation.

Metrolinx will have a “selective reduction” in GO Transit and UP Express services starting March 18.

Metrolinx said they are reducing services to be in line with the expected reduction in ridership due to March Break, school closures, and the significant shift in many organizations’ work-from-home policy.

Mirvish said that out of an abundance of caution, and in an effort to help limit the spread of the coronavirus, “all Mirvish theatres will suspend performances, effective from the matinee today through Sunday, April 12.”

As for performances after that date, Mirvish said they would continue to monitor the situation as it evolves.

Shows affected by the closure include Hamilton, Come From Away, Summer, and Us/Them.

Store closures across the city

A number of large stores have temporarily shuttered across Toronto, including:

Spring One of a Kind Show

The Ontario Lottery and Gaming Corporation (OLG) announced that all Ontario casinos will be temporarily closing. OLG assured patrons that it will give an update of when the casinos are expected to re-open in accordance with guidance from public health authorities.

On Sunday, Starbucks Canada President Lori Digulla announced that the company would be temporarily closing its “high-social gathering” locations for at least two weeks.

This means company-operated Starbucks outposts on university campuses or located in malls that don’t have exterior/street access will stop operating altogether for the time being.

Starbucks also announces it would be reducing its operating hours or temporarily closing select stores in communities with high clusters of coronavirus cases. Further, the restaurant has moved move to a “to go” model across the country in order to “prevent prolonged social gatherings” in cafes.

Starting March 17, the Canadian coffee and doughnut chain will be closing all dining room seating in “most locations” until future notice.

Locations will be moving to focus on take-out, drive-thru, and delivery service (where available) at its restaurants.

Blaze Pizza’s annual $3.14 Pi Day deal is going to go down a little differently than we’re used to due to the coronavirus pandemic.

The brand released a statement outlining why this decision was made and highlighted details around the amended promo, which was scheduled to take place on March 14 at all of its locations.

The health and safety of our guests and team members are of paramount importance to us, so instead of offering $3.14 pizzas on March 14th at our restaurants, we will be offering the Blaze Pi Day reward to all app users through the Blaze app, redeemable starting on Monday, 3/16/2020 and expiring 12/31/2020, so that you can enjoy your Blaze Pi Day pizza reward any day this year.

Two national sports organizations have announced that they’ve cancelled activities as a result of the ongoing coronavirus pandemic, putting an end to dozens of amateur and youth leagues as a result.

Hockey Canada stated that they would be cancelling all sanctioned activities, including their national championships, until further notice.

Canada Soccer has also announced that all sanctioned soccer activities have been cancelled.

The Adult Safe Hockey League (ASHL) announced that they are “voluntarily and temporarily closing facilities to protect communities against the spread of COVID-19.”

Effective March 14 until April 5, all licensed childcare centres will be closed and there will be the cancellation of March Break camps. Community and recreation centres, public arenas, ski hills, fitness centres, libraries, museums and galleries will be closed.

Also, council and committee meetings will not be held during the next cycle.

Some vital services will still be operating in the city like the TTC, police services, fire services and paramedics.

Toronto Water Operations will also continue to run to provide clean drinking water and wastewater collection and treatment. Garbage and recycling collection will continue as well.

The highly-anticipated Mulan was originally scheduled for a March 27 release in Canada and the US, but it has now been postponed. No new release date has been set for the film at this time, which is billed as Disney’s most expensive live-action remake to date, with a production budget of $200 million — not including marketing costs.

Other impacted releases include:

John Krasinski’s A Quiet Place Part II, slated for March 18, will be released later this year.

Peter Rabbit 2: The Runaway, featuring James Corden, was slated for April 3 but has since been moved to August 7.

The 25th instalment of the 007 James Bond film series, No Time To Die, distributed MGM and Universal Pictures, was the first major Hollywood film to move its release due to the coronavirus. It was originally scheduled for release in April, but early this month a decision was made to move it to November 25.

Innovative Fitness, an industry leader in the space of personal training and fitness, has announced its temporary closure amid the coronavirus pandemic.

With roughly 200 coaches on staff at 12 locations spread across BC and Ontario, the business is officially closed for two weeks as of March 16.

The company says that on March 31, the situation regarding the coronavirus will be re-evaluated, and at that time, plans for reopening will be discussed.

Also, YYOGA has announced its studios will close temporarily, as of March 16.

With coronavirus on the rise, Toronto Public Health is reminding individuals who attend events and large gatherings to monitor their health for signs and symptoms of COVID-19. And if you’re not feeling well, they recommend staying home at this time. Also, due to unexpected cancellations, please check the event you plan to attend is still taking place. Keep up with COVID-19 news here.