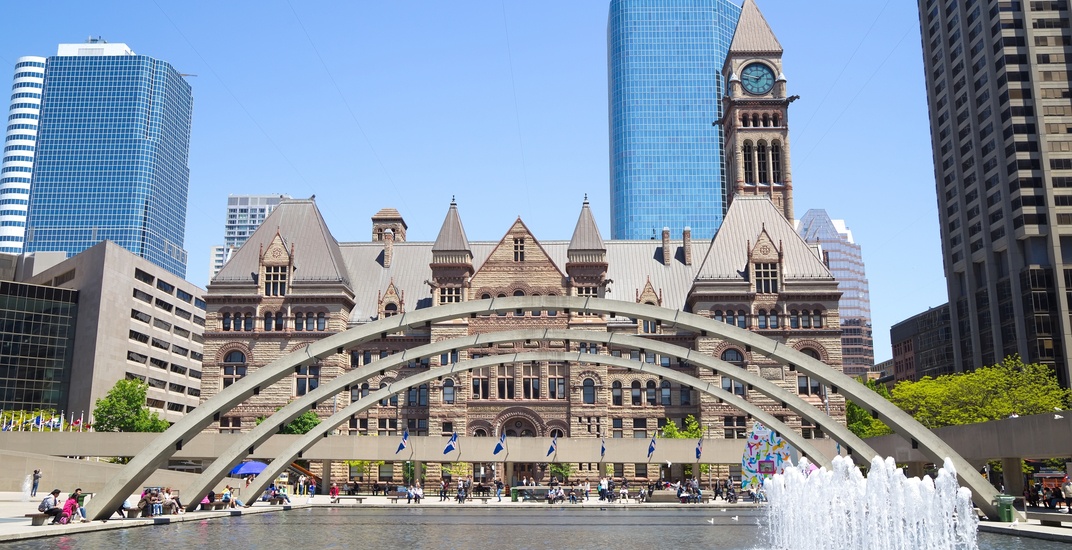 You can say goodbye to eating your lunch at your desk this summer, as City Hall Live returns with free lunchtime concerts throughout the city.

“Every week this summer, residents, and visitors will be able to experience Toronto’s depth of talent through this program.”

Indie-Folk band Highgate Road will kick off City Hall Live at Nathan Phillips Square on June 20, followed by soul, jazz, and R&B performer Chelsea Stewart on June 27. Blues-rock band Bill Wood and The Woodies will hit the stage on July 4.

Additionally, on Wednesdays visitors can shop at the on-site Farmers’ Market for local for fresh food options until October 24 from 8 am to 2 pm. On Thursdays, there will be food trucks set up in the square from 11 am to 2 pm.

Union Station summer concerts will run from 12 pm to 1 pm on Wednesdays from July 4 to August 15.

According to a release from the city, more City Hall Live performances, panel discussions, and learning opportunities will be announced soon.

Since 2016, this free concert series provided performance opportunities for 70 bands and groups and was attended by close to 24,000 people.

Most of the program expenses, such as artist fees and production costs, are supported by TD Bank Group in partnership with Music Canada.